As new data has crosses my desk, I thought I would write a follow-up to my bullish demographic analysis published two weeks ago (see A different kind of America First). To recap, I observed that America is about to enter another echo demographic boom as the Millennial generation enters its prime earnings years.

A study by San Francisco Fed researchers pointed out that this should raise demand for equities from Millennials. This is especially important as the Baby Boomers reduce their equity holdings as they retire. 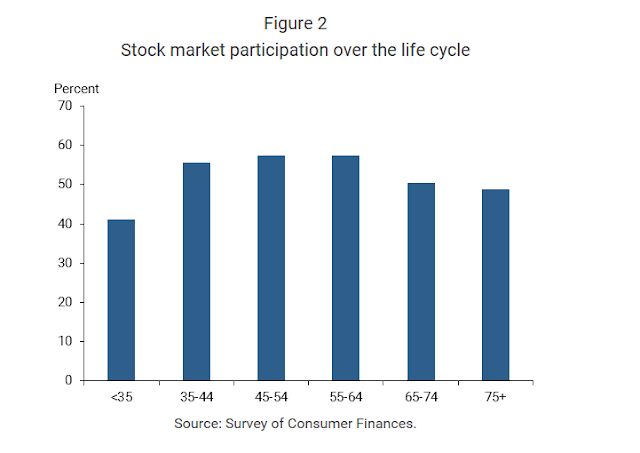 I then postulated that rising savings from Millennial should usher in another golden age in US equities.

This is the part where history doesn’t repeat itself, but rhymes.

A generation of slackers?

I had some pushback from readers to the effect that the new generation is a bunch of slackers living in their parents’ basement. But please be reminded that Baby Boomers in the youth popularized the practice of smoking pot, and once believed in “free love”. They eventually grew up, got jobs, and became responsible citizens.

A recent study by FINRA and the CFA Institute found that the approach that the Millennial generation has adopted to their personal finances are not very different from older cohorts. The study was based on eight focus groups and a 2018 online survey of nearly 3,000 Millennials, Baby Boomers, and Gen Xers. This is an important issue for the financial services industry. Forbes reported that Millennals are poised to inherit $30 trillion over the next 30 years.

Despite their greater comfort with technology, Millennails are not embracing robo-advisors.

Indeed, notwithstanding their presumed tech savvy, millennials are not especially well informed or curious about robo-advisors. Of those surveyed, 37% had never heard of robo-advisors, and only 16% said they were very or extremely interested in them. Moreover, when working with a financial professional, more than half of the millennials studied said they’d prefer to do so face to face. They were similarly unimpressed with cryptocurrencies.

Their trust in Wall Street is not especially high.

So what about trust? Millennials have had to navigate the most difficult economic landscape of any generation since the Great Depression. The financial crisis has defined their world and shaped their expectations. Surely advisers can expect to have a more difficult time convincing them to take a chance and entrust them with their money, right? Apparently not. Contrary to popular wisdom, the difficult economic times have not made millennials overly skeptical of finance professionals or the finance industry. According to the study, 41% of millennials with retirement or taxable accounts work with an adviser and 72% of these are either very or extremely satisfied with them. Finally, only 15% of those millennials not using an investment professional said it was due to a lack of trust.

How history only rhymes

On the other hand, the Millennial cohort is maturity in an economic environment that is less friendly than the one experienced by Baby Boomers. The competitive environment is more challenging, and they are less likely to out-earn their parents than the Baby Boomers. 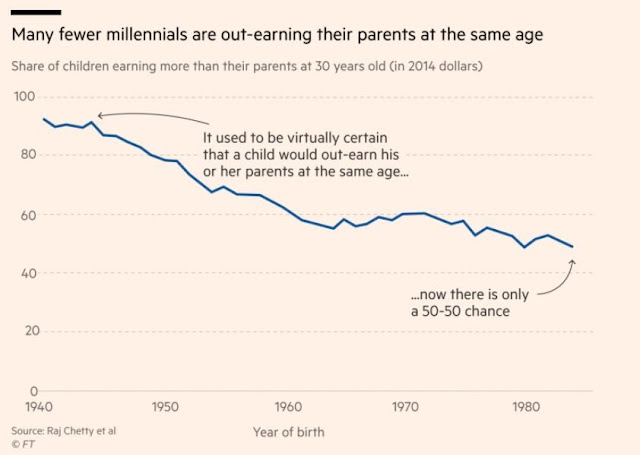 In addition, I had pointed out a Fed study which concluded student loans are creating headwinds in the rate of home ownership. The same financial burdens are likely to restrain the savings capacity of this generation, which will affect their demand for equity investments. 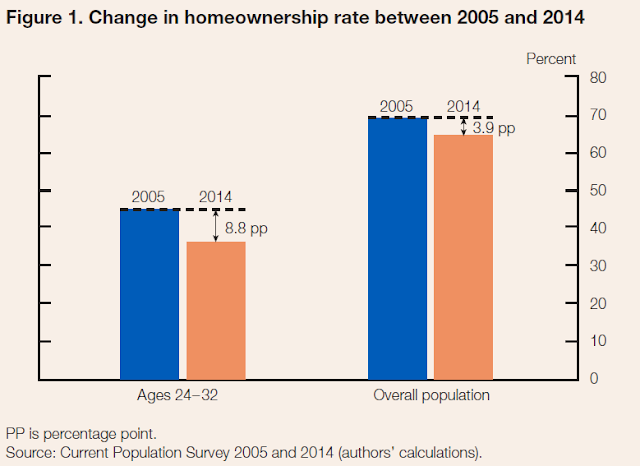 On the other hand, don’t be too surprised if American political discussion shifts to the left over the next decade, just as the 1960’s and 1970’s was a period of leftward drift and political turmoil in the US. As Millennials age and flex their political muscle, the likes of Alexandria Ocasio-Cortes, who is already a Millennial political star, expect economic theories like Modern Monetary Theory to assume a more prominent role in policy discussions. While I have no strong believes as to whether MMT is the correct approach, I do expect a greater fiscal boost should it become adopted. At worse, MMT would be no worse than Arthur Laffer’s supply-side theory which underpinned much of fiscal policy starting with the Reagan years.

In short, demographics isn’t destiny. Expect some headwinds for Millennials from a tougher competitive environment and higher debt burdens. On the other hand, don’t be surprised at a political blowback as this generation flexes its political muscle.

History doesn’t repeat, but it does rhyme.