How far can this pullback run? – Humble Student of the Markets

Mid-week market update: The Zweig Breadth Thrust buy signal occurred a little two weeks ago. For those who jump onto the bullish bandwagon, it has been an exhilarating ride. This week, the inevitable pullback has arrived. The SPX breached a key uptrend on the hourly chart yesterday (Tuesday), and it could not hold the morning good news rally induced by the positive earnings reports from Comcast, IBM, and United Technologies.

How far can this pullback run? 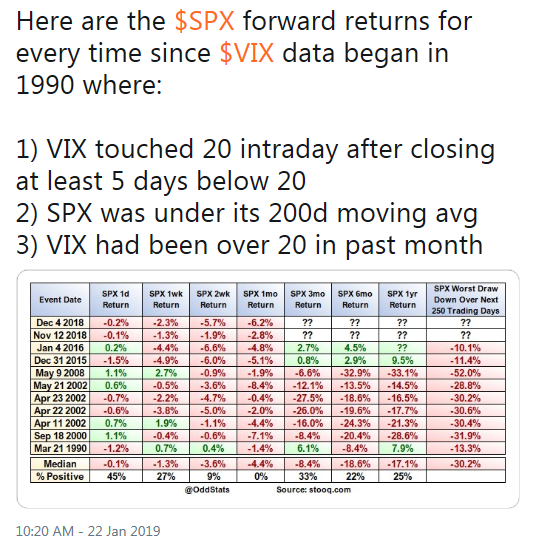 Andrew Thrasher also made the case for a re-test of the December lows, based on the extreme overbought condition flashed by the % of stocks above their 20 dma. 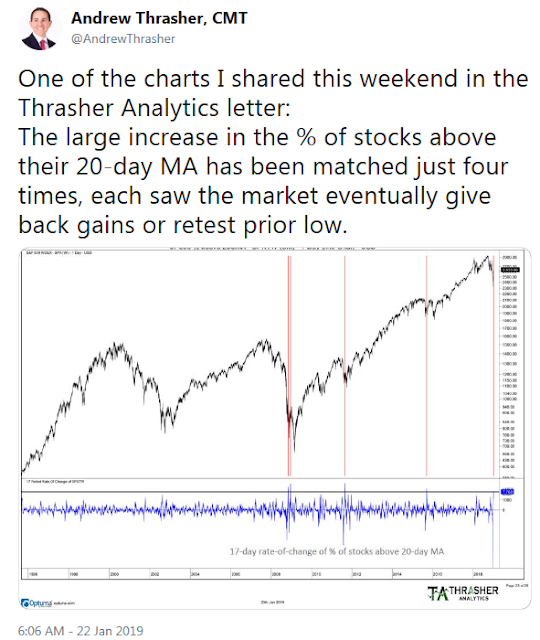 On the other hand, a market doesn’t go down just because it is overbought. The stock market has historically experienced “good overbought” conditions when it continued to grind upwards.

This chart of stocks above their net 20-day highs-lows shows the market recently reached an off-the-charts overbought extreme. Further examination of the historical experience shows that similar past episodes has seen prices rise further before topping out. The ZBT signal of 2015 was one such example. 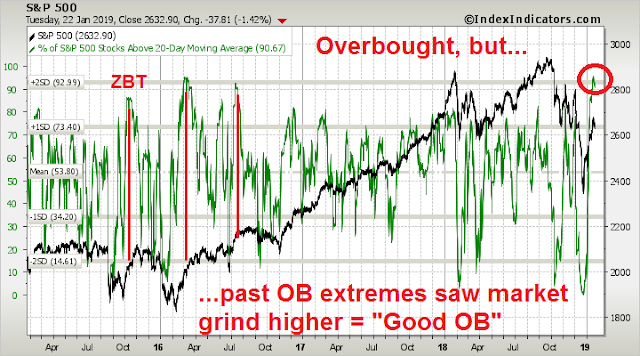 If the market were to blast off to new highs or weaken to re-test the old lows, we should see some evidence from market internals. However, many of the internals are flashing ambiguous signals.

As an example, this chart of market cap and group relative performance is unhelpful to determining leadership. Mid and small cap stocks remain in relative downtrends and cannot be considered market leaders. NASDAQ stocks, which had been the high beta leaders, remain mired in a relative trading range. 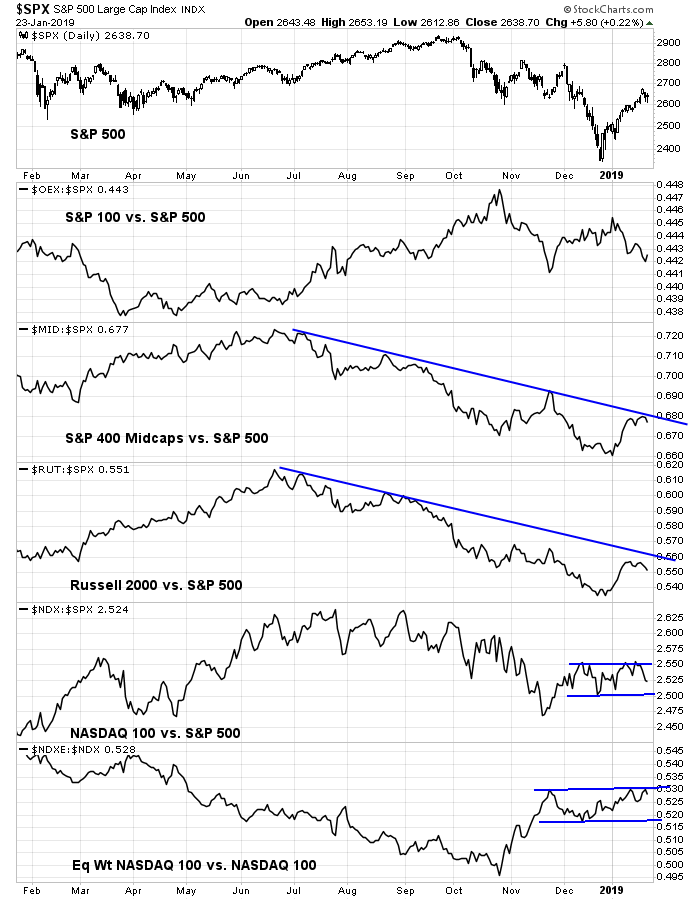 The behavior of price momentum is equally puzzling. While it is constructive that price momentum did not break down during December downdraft, but they did not recover and lead the market as prices rebounded.

Sentiment models are also flashing mixed signals. On one hand, Callum Thomas has been conducting a weekly (unscientific) Twitter poll, and sentiment remains bearish despite the powerful stock market rebound since the December 24 bottom, These readings should be seen as contrarian bullish, and as a sign that the market is climbing the proverbial wall of worry. 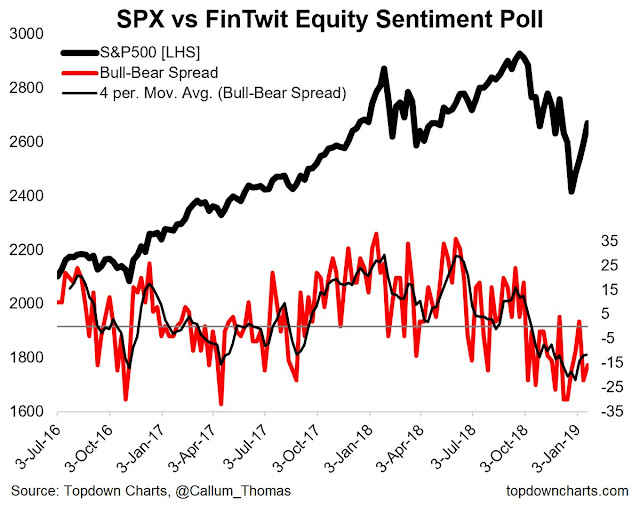 On the other hand, the latest Investors Intelligence poll shows that the spike in bearish sentiment has normalized after the December panic. I would interpret this as long-term complacency and contrarian bearish. 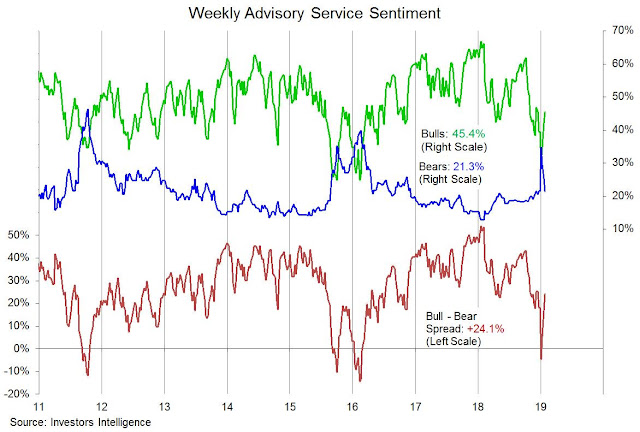 A re-test, but not yet

Trading the market with these cross-currents can be treacherous. Moreover, the market has been moving on fundamental and macro news, which are inherently unpredictable. Under these circumstances, technical analysis is likely to have diminished importance.

However, sentiment analysis does give us some clues, and my working hypothesis is the market is likely to see a re-test of its December lows, but not yet. Short-term sentiment such as the Callum Thomas Twitter poll is too bearish and likely a signal that the market is climbing a wall of worry. As well, the strong price momentum displayed by the ZBT suggests that the market is likely to see further near-term upside. On the other hand, long-term sentiment from the II survey indicates complacency, and points to a re-test of the December lows in the next few months.

Tactically, the SPX is pulling back after a two-week rally, and initial support is at the current levels coinciding with the 50 dma and 61.8% Fibonacci retracement. Further support can be found at the 50% retracement of about 2580.

My inner trader is still bullish. He is opportunistically adding to his long positions at current levels, He plans to add more should the index decline to 2580, with a tight stop set just below that level.

3 thoughts on “How far can this pullback run?”