An opportunity in EM stocks? – Humble Student of the Markets

The latest BAML Fund Manager Survey shows that institutional managers have been piling into emerging market equities while avoiding the other major developed market regions. 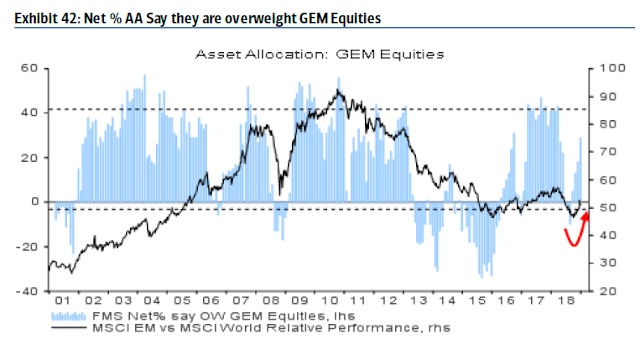 Indeed, there is good reasoning behind the bullish stampede. Callum Thomas showed a series of charts supportive of the EM equity bull case. For one, developed market M-PMIs have been falling while EM PMIs have been mostly steady. 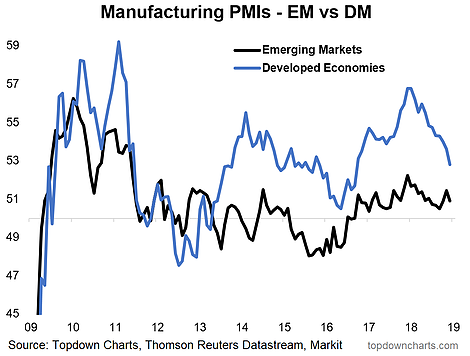 On a relative basis, EM/DM equity performance are showing signs of a long-term double bottom consistent with the double bottom pattern of the last cycle. 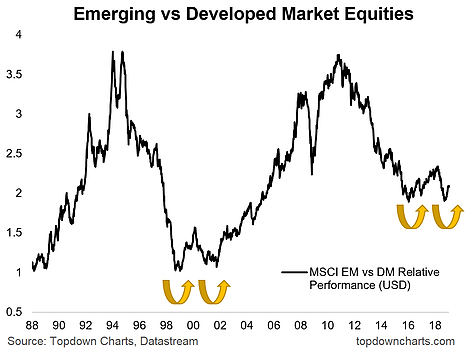 The cyclical to defensive stock ratio in EM appear to be bottoming. This ratio led the downturn, could it be signaling a risk-on revival? 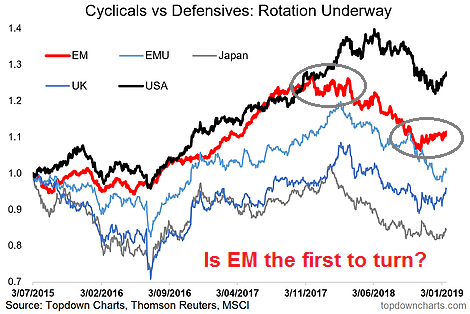 There is some reason for caution. The EM cyclical/defensive revival is likely a reflection of the disparity of DM vs. EM M-PMIs. The chart below shows another way of measuring global cyclicality through the industrial metals to gold ratio (red line) against the US equity to Treasury ratio (grey bars). As the chart shows, both are correlated to each other, and the industrial metals to gold ratio is still falling.

In addition, the relative performance of global industrial stocks to MSCI All-Country World Index (ACWI) continues to roll over.

Some EMs are more equal than others

Investors also need to understand that not all EM equities behave in a uniform way. Major market leaders can be found in India and selected Latin American countries. 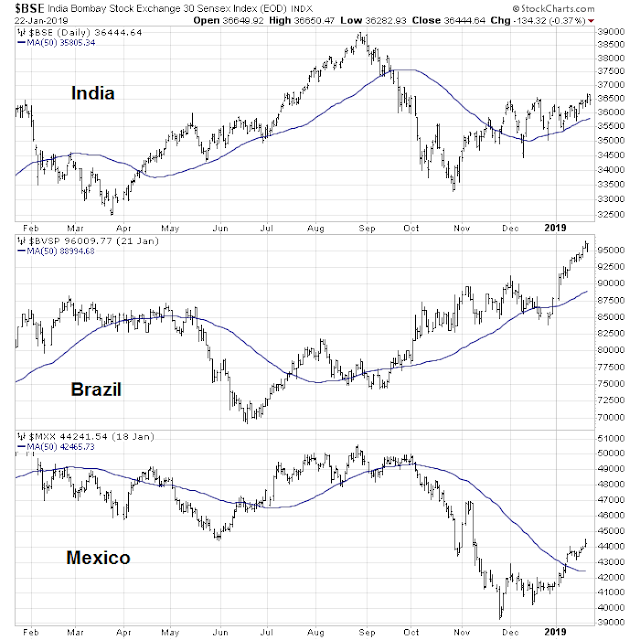 The markets of China and her major Asian trading partners (most of which are not classified as EM) are lagging, though they appear to be trying to bottom. 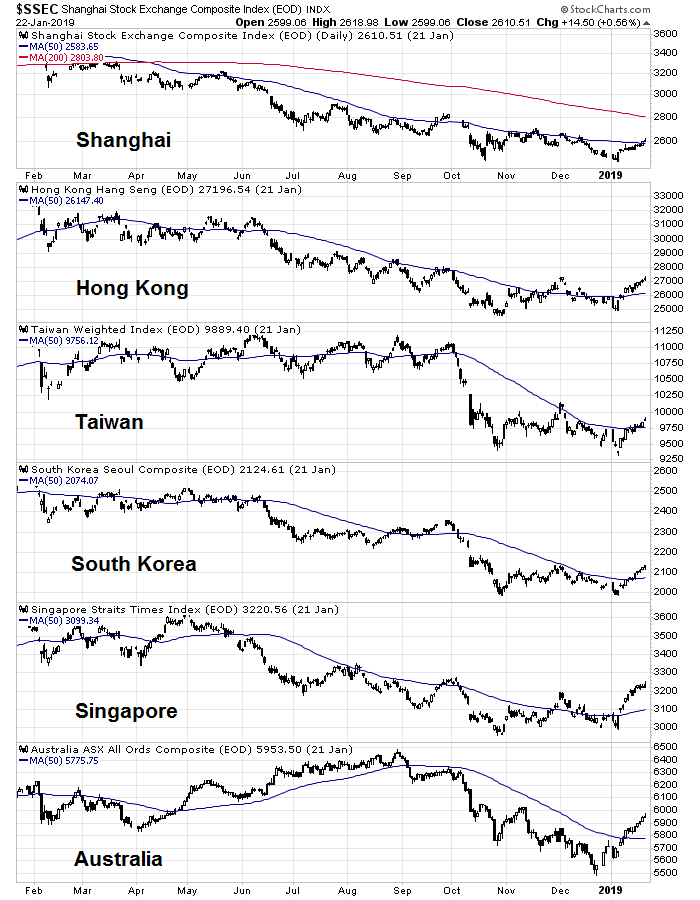 Similarly, commodity prices, as well as the stock markets of EM resource extraction countries, which are highly China sensitive, are also struggling. 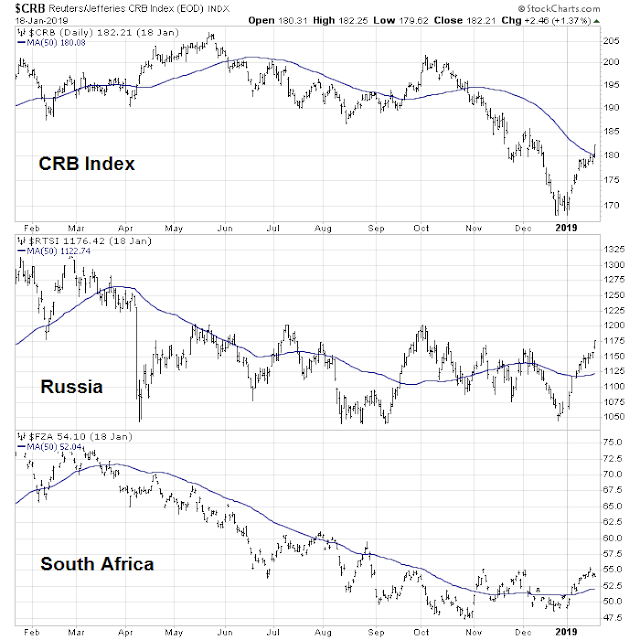 In conclusion, a commitment into EM equities represents a high-beta bet on global growth. If you want to buy EM, be selective and focus on the countries and economies that have shown signs of renewed growth independent of the world economy. The jury is still out on a cyclical growth turnaround.

As always, China remains the elephant in the room. More on that topic later.

4 thoughts on “An opportunity in EM stocks?”