Apple: The new Rorschach test – Humble Student of the Markets

I normally don’t comment on individual stocks because I don’t have the resources to analyze a zillion companies in detail, but here is a Black Friday thought on Apple, which kicked off a revolution in consumer electronics and created new product categories when it unveiled its iPods, IPads, and iPhones. The share price of Apple have cratered on reports of poor iPhone sales. The chart is a bull’s nightmare. It broke down through the 190 key support level, and violated a long-term uptrend. 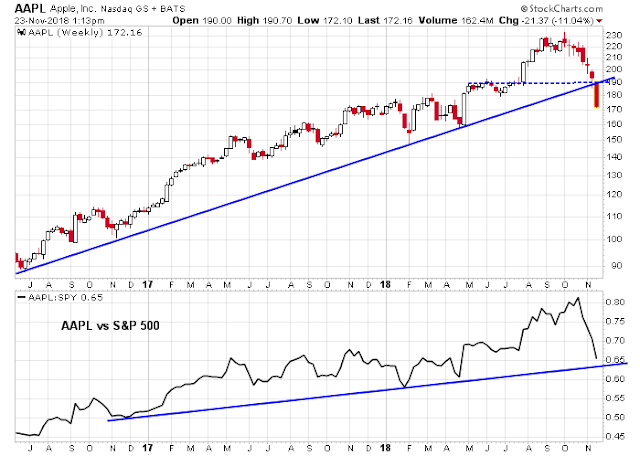 In some ways, AAPL is turning out to be a Rorschach test for investors and traders.

Bespoke`s chart depicts the history of the stock’s drawdowns since the inception of the iPhone. Is the current weakness a buying opportunity, or the signs of a busted growth stock that should be sold? 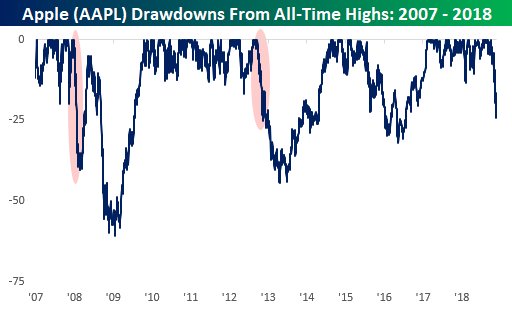 For a longer term perspective, Warren Buffett’s Berkshire Hathaway reported its first purchase of Apple in Q1 2016 when it bought 9.8 million shares. Berkshire has been steadily accumulating Apple shares all the way up, and it now holds roughly 250 million shares. It’s a big bet for Buffett, as the stock represents 26% of the Berkshire portfolio. Buffett initiated his buy program when the stock at its lower weekly Bollinger Band, both on an absolute and market relative basis, which is the same technical position it is in today. 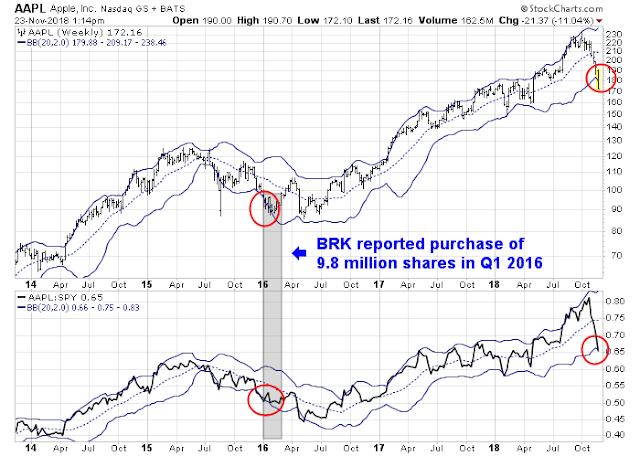 Is AAPL a buy or a sell? How you answer that question reveals more about yourself than the outlook of the stock.