A Thanksgiving Week sector review – Humble Student of the Markets

Mid-week market update: In light of the US holiday shortened week, I thought I would do one of my periodic sector reviews to analyze both sector leadership and the implications for stock market direction.

The latest RRG chart shows the defensive sectors firmly in the lead, while technology, which were the former market darlings, mired in the lagging quadrant. 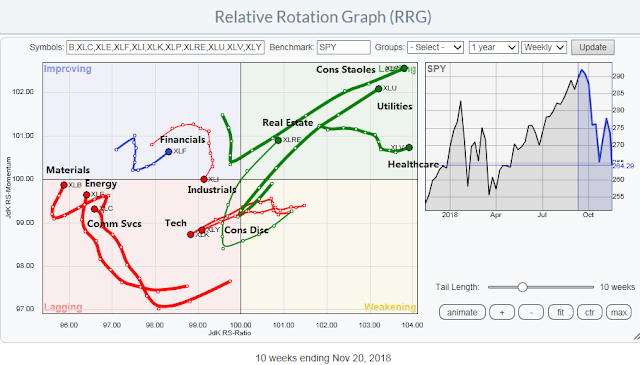 While current leadership provides a useful snapshot of the current market, it does not tell the entire story.

The story of faltering leadership 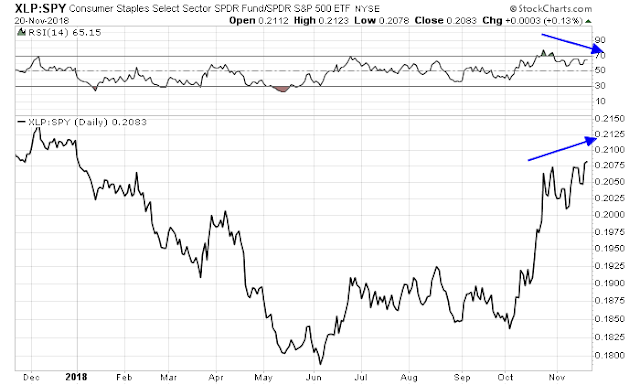 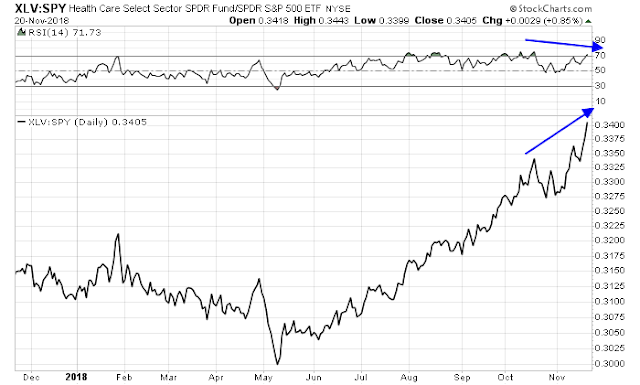 Here are Utilities against the market. 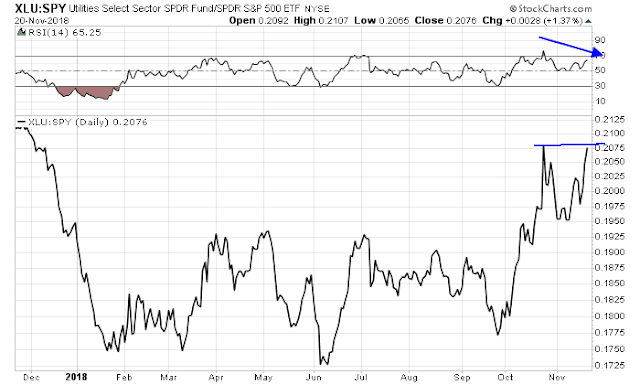 Still not convinced? JPM found that the forward P/E spread between low-volatility stocks, which is a proxy for the defensive parts of the market, and growth stocks is at all-time high. In addition, the median P/E of Utilities (17.9x) is higher than the median P/E of Technology (16.8x) and Communication Services (16.5x). 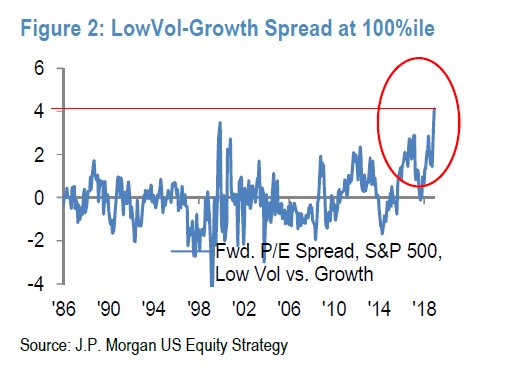 In search of emerging leaders

If defensive stocks are on the verge of giving up their leadership mantle, what will be the emerging leaders? The RRG chart gives us some clues.

One leading candidate are the Financials, which are in the top left “improving” quadrant. However, one key risk is the relative performance of this sector is highly correlated with the shape of the yield curve. These stocks do best when the yield curve is steepening, indicating expectations of better economic growth and a Fed policy that is more dovish than what is currently discounted by the market.

Other possible candidates of emerging market leaders are Materials, Energy, and Communication Services, which mostly represent FAANG. Wait, what?

Here are the relative performance charts of these emerging leadership candidates. Material stocks have already rallied through a relative downtrend line and they are turning up.

Energy stocks represent another possible new sector leader. The relative performance of European energy, whose market internals tend to be highly correlated to the US market, is much better than US energy.

Finally, we have Communication Services, which are exhibiting a positive RSI divergence. 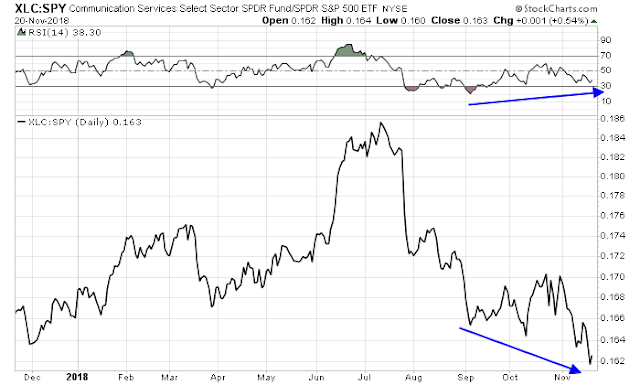 In conclusion, the picture of faltering defensive leadership is highly suggestive of an imminent rebound in stock prices. I wrote last weekend (see What is Mr. Market saying about Powell’s global slowdown?) that sentiment was becoming excessively bearish, which is contrarian bullish. The combination of panicked RIAs, as evidenced by the latest NAAIM Exposure Index, a tanking Fear and Greed Index, and elevated put/call ratios all point to a market bottom.

The SPX is exhibiting bullish divergence as it tests the October lows. We are seeing positive RSI divergences, the VIX Index cannot exceed its October highs, and the VIX term structure is now inverted, indicating fear. 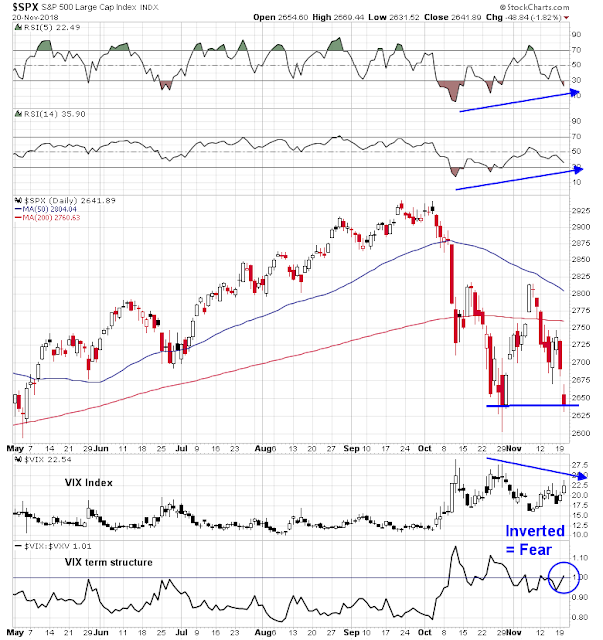 Panic is now in the air, as evidence by these headlines from the Drudge Report.

In addition, the NYSE McClellan Summation Index (NYSI) is starting to turn up from an oversold condition. There have been 18 instances in the past 12 years when that has happened. In only three of those occasions have the market continued to decline (red vertical lines). (Note that the study period includes the market peak of 2007 and the subsequent bear market.) 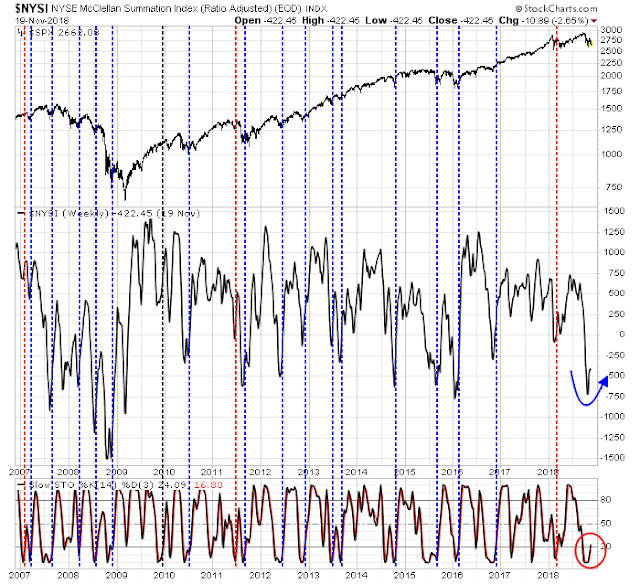 My inner investor has already turned cautious because the primary trend is down. On the other hand, my inner trader remains bullish. He believe that you shouldn`t get overwhelmed by the emotion of the moment. Play the odds.