Contrarian ideas for a relief rally – Humble Student of the Markets

There are good reasons to believe the market is poised for an oversold rally. As I pointed out in my last post (see How this Bear could be wrong: Exploring the bull case), the SPX is testing a key uptrend line that began in the market bottom of 2009. Initial trend line tests rarely fail, which is supportive of the bounce scenario. In addition, the market is exhibiting oversold conditions on both the 5-week RSI (top panel), and the NYSE McClellan Summation Index (NYSI, bottom panel). Such conditions have resolved themselves with relief rallies, outside of major bear legs. Even the initial downlegs of the 2007-08 bear market saw oversold rallies after the market reached such oversold conditions. 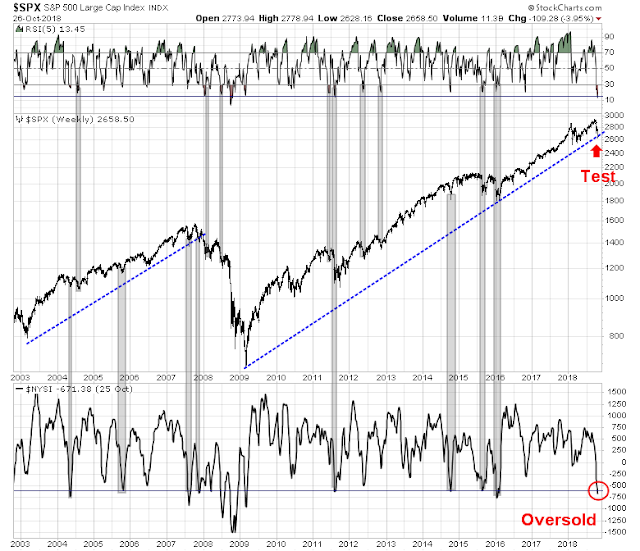 Here are a few contrarian suggestions of beaten up investment themes for an oversold rally, should it occur on a sustainable basis.

While the Senate forecast shows that the Republicans have a 5 in 6 chance of retaining control. 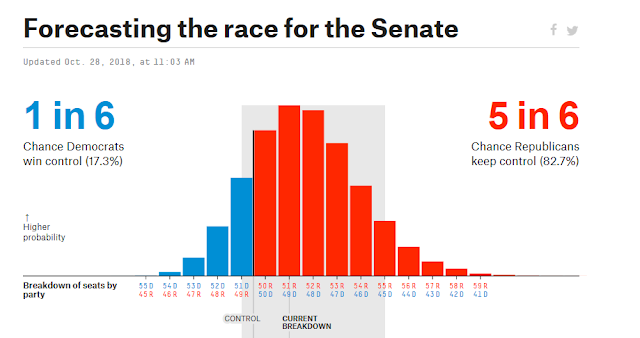 While a Democrat controlled House will make political life impossible for the Trump administration, as there will be endless hearings and subpoenas, starting with Trump’s tax returns, such political waves in Washington are unlikely to have significant market impact.

At the same time, as the Republicans’ political hopes of controlling Congress faded over time, the Trump trade has steadily underperformed the market, as measured by the MAGA ETF. While I am not a fan of highly specialized ETFs, the Point Bridge GOP Stock Tracker ETF (MAGA) serves to highlight some important points on the market views about political sentiment. The ETF holds equal-weighted positions in the top 150 stocks “within the S&P 500 that are highly supportive of Republican candidates for federal office including President, Vice President, Congress and other Republican Party-affiliated groups as determined by a rules-based methodology.”

The chart shows the market relative performance of MAGA, which has been steadily underperforming since May. Further analysis of MAGA’s sector exposures reveal large overweight positions in industrial and energy stocks, and a severe underweight in technology. 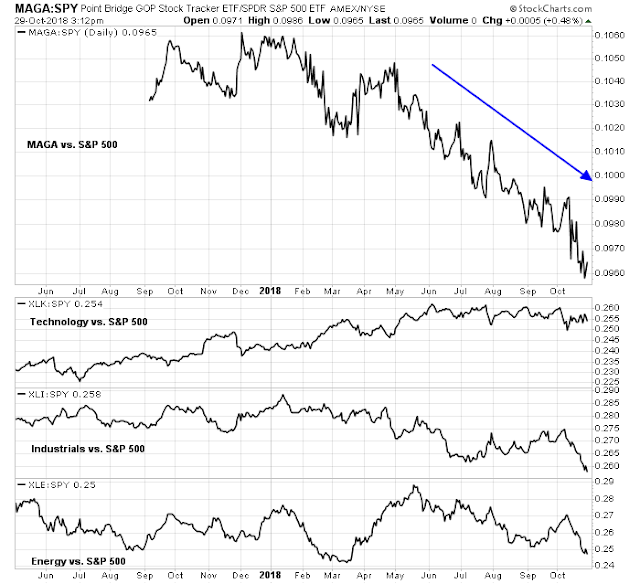 The chart below shows the relative weight of the ETF by sector. Industrial and energy stocks are overweight by roughly 10%, while the ETF had a zero weight in technology, which led to an underweight position of slightly over 20%. 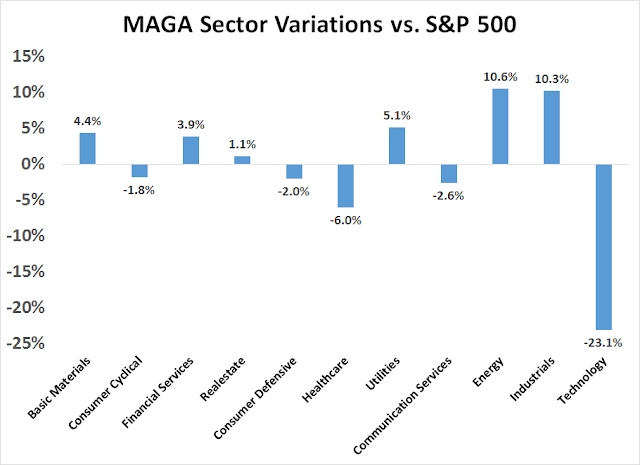 While this is highly speculative, could the MAGA trade see a relief rally after the midterm election? While I would not recommend buying the ETF because of its illiquid characteristics, as its market cap is only $40 million and it only trades about 2,000 shares a day, its overweight positions in industrial and energy stocks hold some promise. 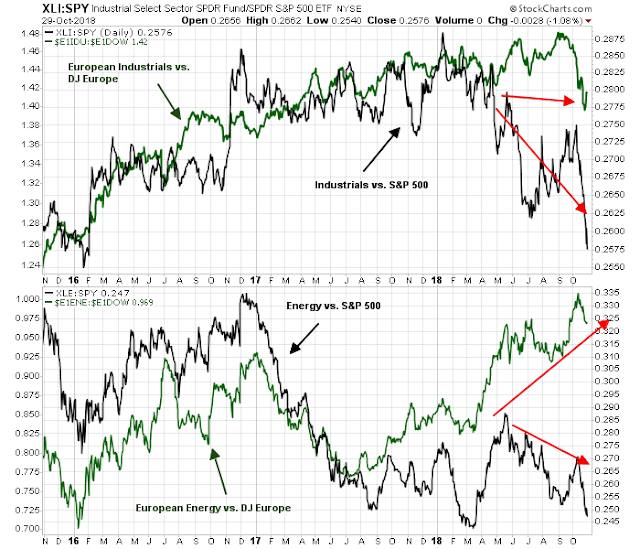 One explanation of the relative performance differential could be the Trump factor. In that case, could the midterm election be a trigger for a convergence?

A less controversial idea is the revival of small cap stocks. The small cap Russell 2000 is testing a key relative support level, while exhibiting a positive RSI divergence. If the market were to rally, small cap stocks represent a high-beta group that has the potential to outperform. 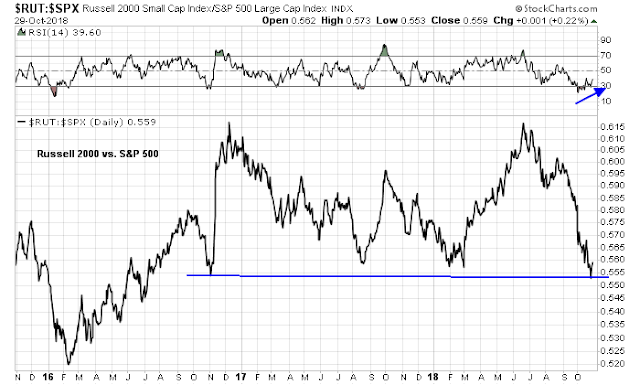 In conclusion, the US equity market is poised for a rally. Should the strength be sustainable, industrial, energy, and small cap stocks may be sufficiently washed out to see above average rebounds.

The S&P 500 lost ground today but it continued to exhibit a positive RSI divergence. These conditions are constructive for a rebound and therefore these contrarian buy themes remain in play. 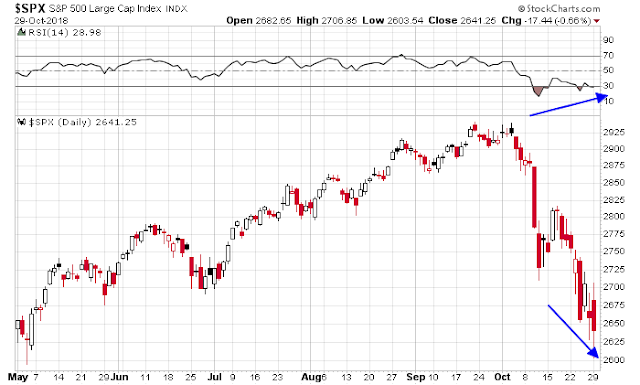 16 thoughts on “Contrarian ideas for a relief rally”