Indeed, daily MACD has been decelerating and turned negative this week, indicating that the bears are taking control of the tape. However, I would point out that many past episodes of negative MACD in the last year has seen little market downside, so an aggressive bearish trading stance may not be warranted. That`s not the whole story.

The weekly chart has a different message. MACD is rising, indicating that any market weakness is likely to be temporary and should be bought. 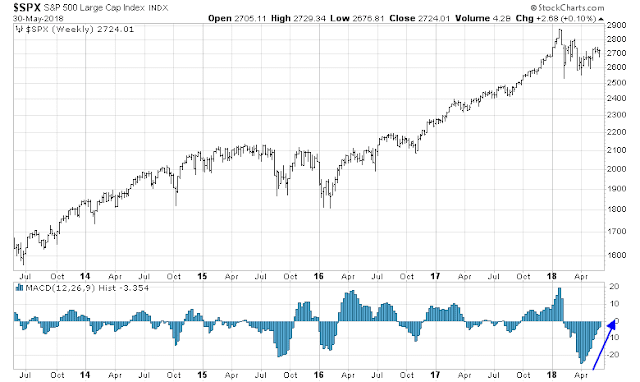 The narrative of short-term market weakness and intermediate term market strength is confirmed by the behavior of the VIX Index, which closed above its Daily Bollinger Band on Tuesday, indicating an oversold condition for stock prices. While the market did recover today (Wednesday), I expect some chop before stock prices can fully recover and the bull regain the upper hand. If QT related weakness should strike the markets on Thursday (see Offbeat Thursday and Friday forecasts), trader should be regarded that as a buying opportunity. 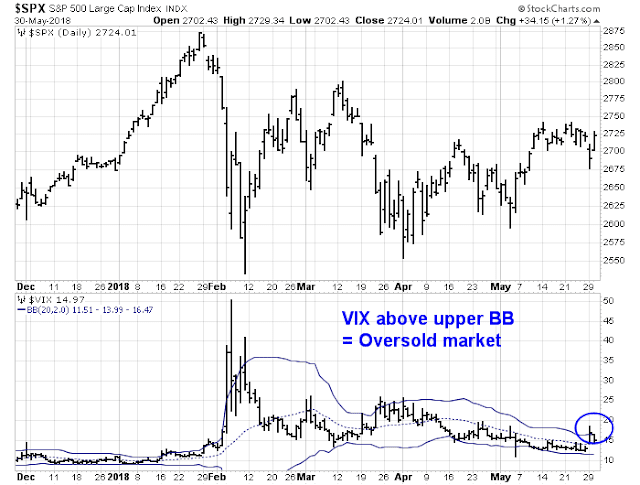 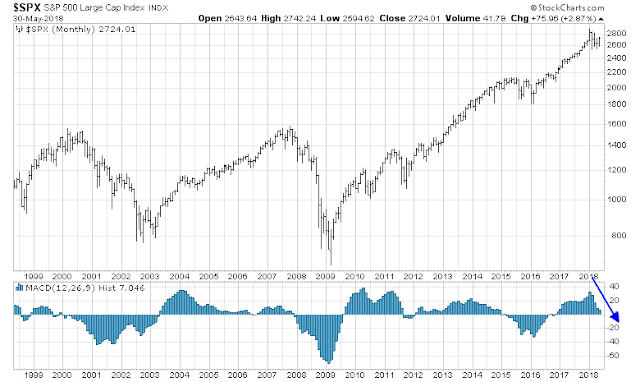 Confused? Not really. I interpret the weekly chart as a market ready to test or exceed the old highs this summer, but the negative divergence on the monthly chart suggests that any highs will not hold and may ultimately turn out to be the cyclical high for this bull market. We can see a similar effect on the monthly RSI of the Wilshire 5000. If this index were to break out to new highs in the next few months, it will likely exhibit a negative divergence that is a warning for the market. 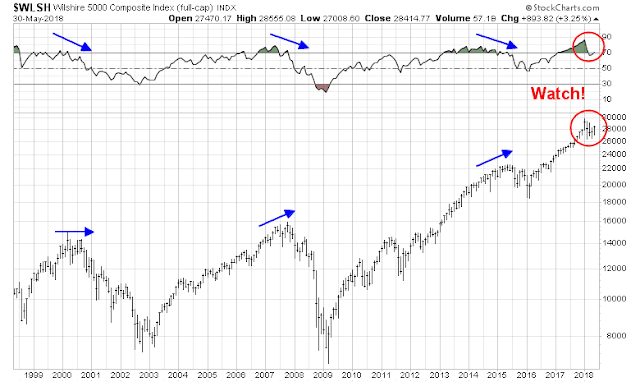 A similar pattern can be found in the DJ Global Index, 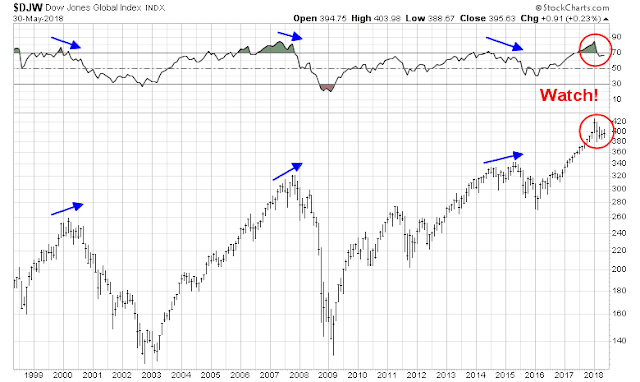 My inner investor remains bullishly positioned for the potential new highs, as he has a policy of not trying to anticipate model readings before they actually appear. My inner trader has decided to ignore the temporary weakness on the daily chart and bet on intermediate term strength.

What you do depends on your own time frame.

1 thought on “The hidden MACD message from the markets”