The animal spirits are back, but which ones? – Humble Student of the Markets

Mid-week market update: Just when the V-shaped bottom was becoming evident, something comes along and derails that train. The SPX decisively blasted through its 61.8% retracement resistance levels on Monday, but saw a bearish outside reversal day Tuesday, and the market continued to weaken.

After the panic bottom in February, it appears that the animal spirits have returned to the market, but which ones? As a reminder, animal spirits can be both good and bad.

For now, my inner trader remains cautiously bullish, though he is open to the possibility of a minor pullback at these levels. From an intermediate term viewpoint, the “good” animal spirits are reviving. Risk appetite, as measured by junk bond performance, price momentum, and high beta vs. low volatility, remain in strong uptrends. 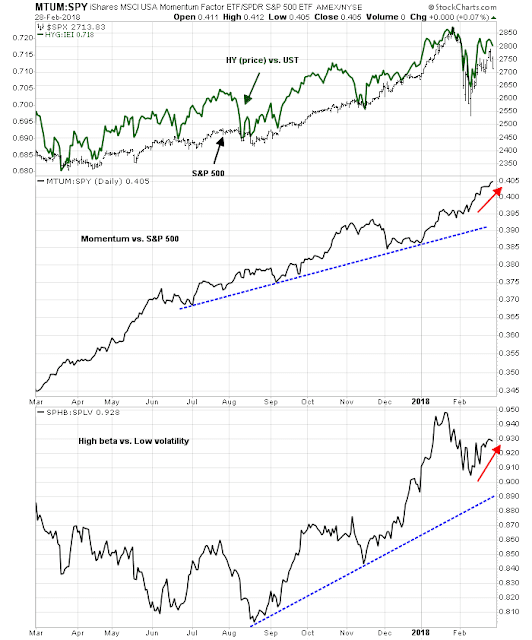 Moreover, TRIN ended the day above 2 yesterday (Tuesday). Readings above 2 tend to be indicative of panic price-insensitive selling, which is contrarian bullish. 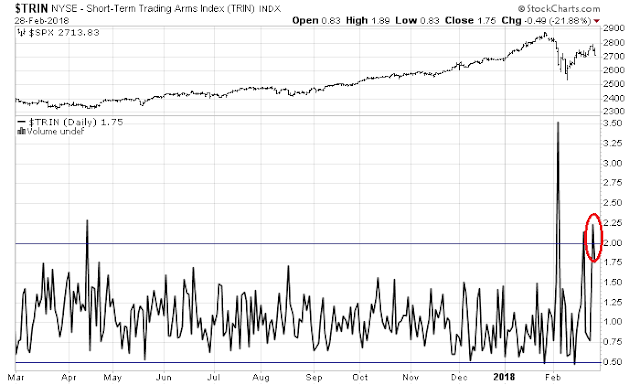 The Fear and Greed Index remains in fear territory at 17. Should stock prices pull back, however, I would be watching for signs of positive divergence that have occurred at past W-shaped bottoms. 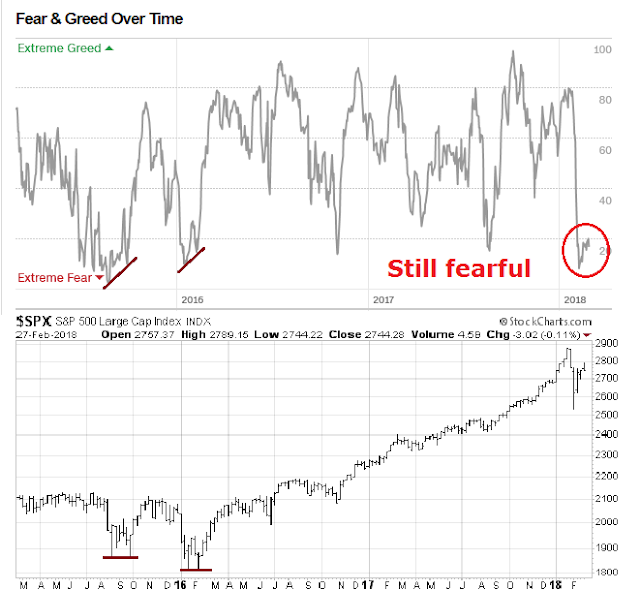 Moreover, breadth indicators from Index Indicators are flashed short-term overbought readings and have started to pull back, which is suggestive of some near=term downside, or at least some choppiness, ahead. (This chart was generated based on Tuesday night’s close and Index Indicators has not updated their charts as of publication time, and readings are likely to have deteriorated further as of Wednesday`s close). 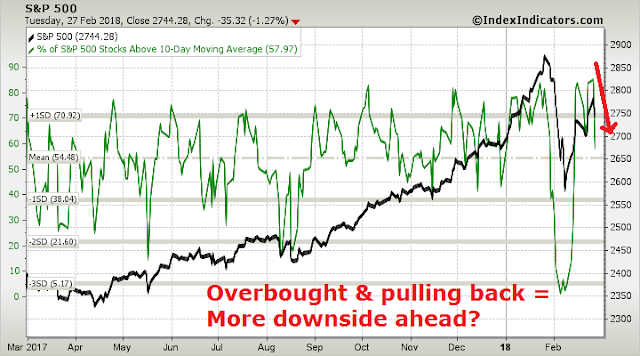 The theme of rising volatility, or choppiness, is consistent with the past experiences of how the market behaves when volatility spikes after a period of calm. Overall volatility tends to be elevated in the post-spike period, and does not return to the subdued levels before the spike. 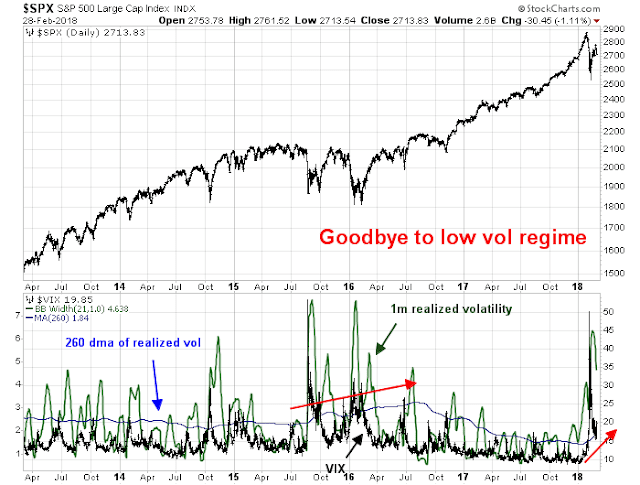 My inner trader is constructive on stocks, and he has a partial long position in the market. His base case scenario calls for some near-term choppiness. In the absence of major market events, he would be adding to his long position at current levels in the 2660-2730 range.

2 thoughts on “The animal spirits are back, but which ones?”