Are stocks being stalked by a silent Zombie Apocalypse? – Humble Student of the Markets

There was some minor buzz on the internet when Jonathan Tepper tweeted the following BIS chart and rhetorically asked if zombie firms was the cause of falling productivity during this expansion. BIS defines a “zombie” firm as a company that has been listed for 10 years or more and has an EBIT interest coverage of less than 1. As the charts show, the number of “zombie” companies have been rising steadily, while advanced economy (AE) productivity and CapEx has been muted during this expansion. 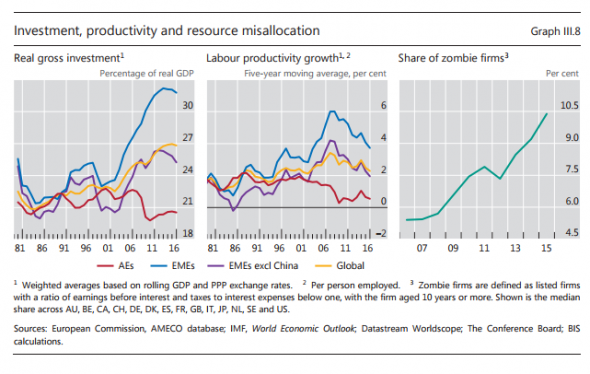 While the zombie hypothesis has much intuitive appeal, especially to the permabear and doomster set, a deeper examination reveals some unanswered questions that casts doubt about this explanation for the muted productivity gains of this cycle.

There is much to be said about the zombie theory. I had pointed out in my last post (see A mid-year review of 2018 recession risk) that one anomaly we are seeing this cycle is the continued decline in monetary velocity. In the past, negative YoY real money supply growth had been a warning of recession, but past episodes of negative growth occurred in the context of rising velocity. This time, monetary velocity has been steadily falling, which may be interpreted as a failure of monetary policy to stimulate economic growth. Here is a history of M1 growth and velocity. 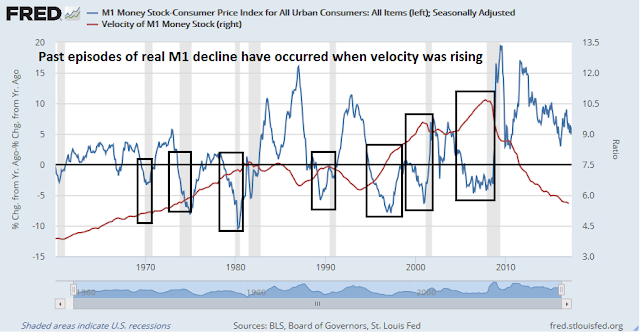 M2 growth and its velocity tells a similar story. 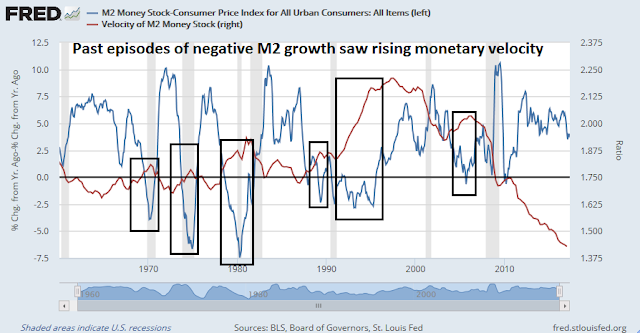 The rising presence of zombie companies could explain all that.

Japan has been the land of corporate zombies for quite some time. The banking system has had a long history of propping up insolvent firms as a way of deferring the recognition of bad loans. Indeed, Japanese monetary velocity has been falling since the bursting of their bubble and the commencement of their Lost Decades. 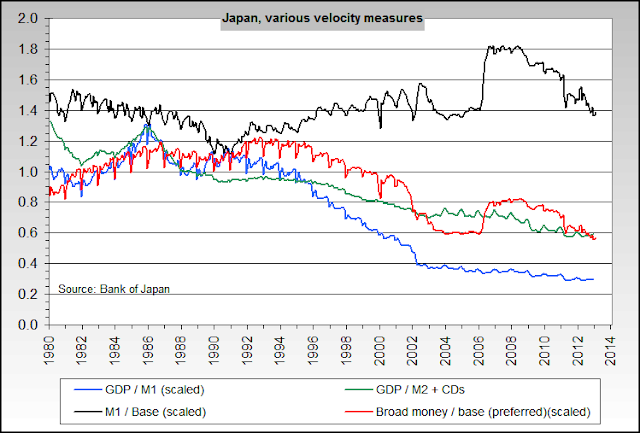 Zombie firms holding down productivity and CapEx has an intuitively appealing explanation. Izzy at FT Alphaville pointed out that if Uber in its present state were to be publicly listed could qualify as a zombie company in two years. This explains why zombie companies can survive. As long as unprofitable companies had sufficient financing capacity, either in the form of equity or additional debt, they can continue to operate.

By implication, easy central bank money and overly enthusiastic equity markets as a source of zombie financing is also an appealing thesis for the permabear and doomster set.

The productivity and velocity anomaly

However, there are a number of anomalies to that explanation. The chart below shows the history of productivity (blue line) and M2 velocity. Productivity had a tendency to jump after recessions, because companies saw sales ramp up while staffing levels remained lean. That combination caused an apparent jump in productivity levels. However, we can also observe two periods, the expansion of the 1960`s and early 1970`s, when productivity was high but monetary velocity was falling. 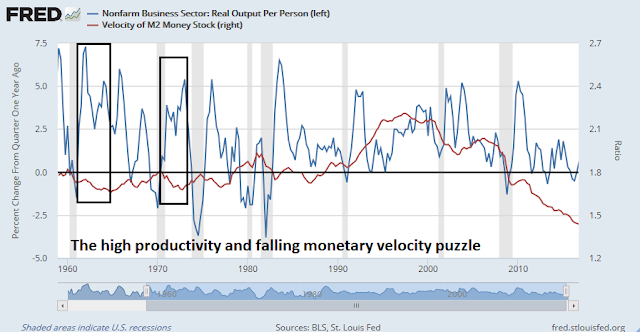 That is the first anomaly, namely the productivity and monetary velocity puzzle. It could be that zombie companies are only correlated with falling monetary velocity, and the effect is not causal.

Another anomaly comes from Andrew Lapthorne of Societe Generale. Lapthorne has been known to be a permabear, but in this case, he throws a wrench into the zombie hypothesis (via FT). The chart below depicts the difference between the financing capacity of megacap stocks and smaller companies. Lapthorne worried aloud that the interest coverage ratios of smaller companies are already strained by historical standards. As the Fed begins to raise rates, the risk of widespread corporate stress will spike. 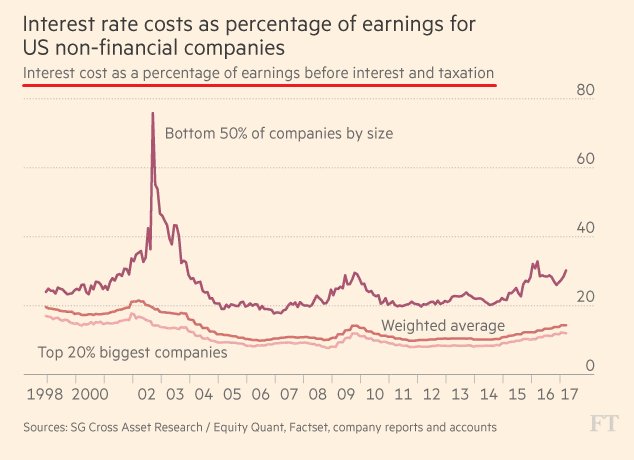 Here is a difficult question for the zombie hypothesis. If there are so many zombie companies with EBIT coverage below 1, shouldn’t the dark red line of small company interest coverage ratios be much higher by historical standards?

Something just doesn’t add up.

3 thoughts on “Are stocks being stalked by a silent Zombie Apocalypse?”