FOMC preview: Hints of a dovish tilt? – Humble Student of the Markets

I had been meaning to write about a preview of the upcoming FOMC meeting. Here are the elements of the Yellen Labor Market Dashboard, courtesy of Bloomberg. 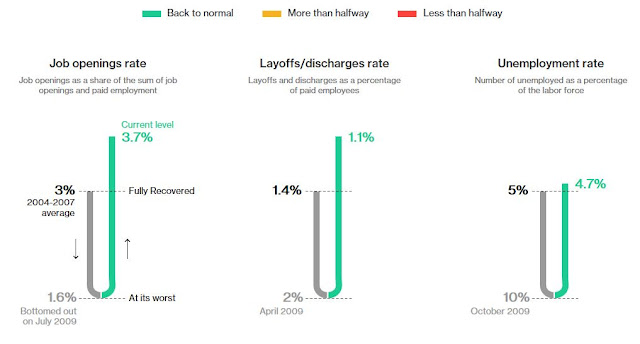 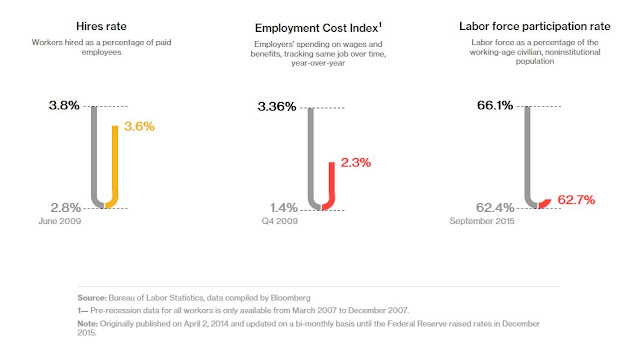 As you can see, many of the components have either fully or nearly recovered from the depths of the GFC, with the glaring exception of a subpar labor force participation rate. These factors put pressure on the Fed to start normalizing rates.

However, there is one important exception that may cause the Fed to have a slightly more dovish tilt than the market expects.

The chart below depicts Fed Funds rate, along with the number of times in the last 12 months that the annualized monthly core PCE, the Fed`s preferred inflation metric, is above the inflation target of 2%. Historically, the Fed has tended to start rate hike cycles when the count hits six. 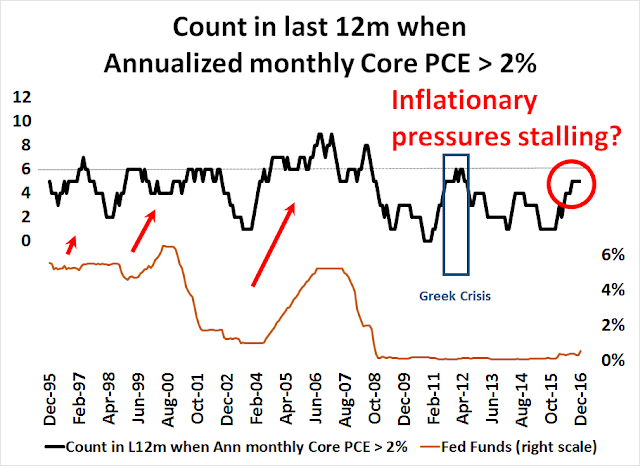 I have been watching this chart for some time, and the count has been stalled at 5 for five months. December`s annualized monthly core PCE came in at 1.4%. November was 0.2%. In fact, most of the clusters of high readings occurred about a year ago, in January and February 2016. If the January 2017 rate comes in at below 2%, then the count will drop from 5 to 4; and from 4 to 3 if the February figure is tame.

Even if core PCE inflation were to start to come in “hot” in the next few months, these readings suggests that we may have to wait until the May-June meetings before seeing the next rate hike.

3 thoughts on “FOMC preview: Hints of a dovish tilt?”