A test for the markets – Humble Student of the Markets

Mid-week market comment: Arthur Hill at stockcharts recently observed that the Russell 2000 was in a tight consolidation range, which is characterized by a narrowing Bollinger Band. Such conditions tend to resolve themselves with volatility expansions which represent breakouts from the trading range. 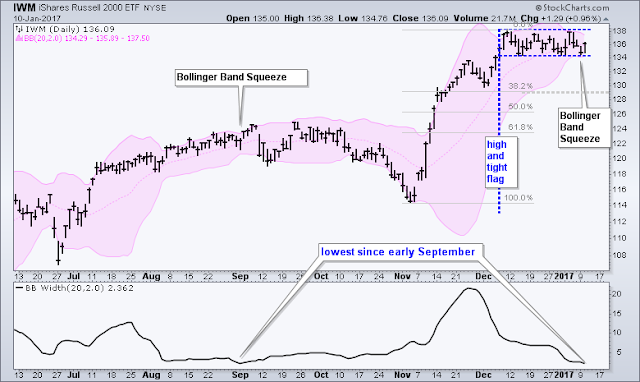 His remarks about the Russell 2000 could also be applicable to the current conditions of the SPX as well. The key question is which direction will the breakout occur?

We can get some clues from market internals and the performance of other asset classes. Kevin Muir, writing at The Macro Tourist, pointed out that the “Trump trade” of long Russell 2000 and US Dollar, short gold and bonds has started to roll over after a huge rally since the election. These conditions suggest an environment of falling risk appetite. 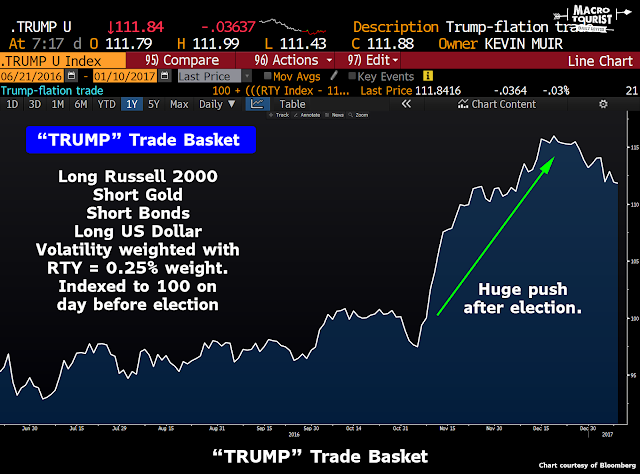 Indeed, the chart below of long Treasury prices shows that the 20+ year Treasury ETF (TLT) has started to turn up after experiencing a positive RSI divergence. 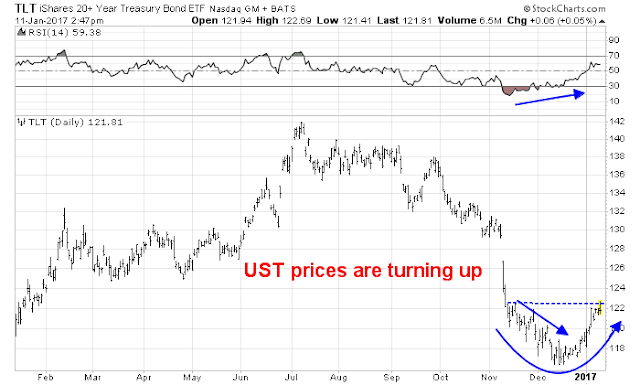 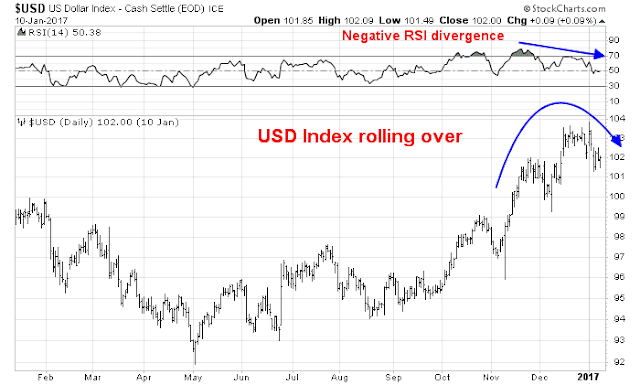 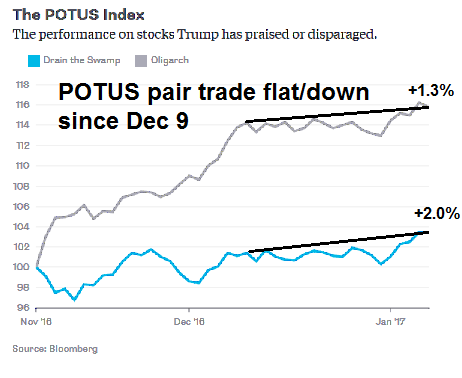 Despite these headwinds, stock prices have been surprising resilient. How will the Trump transition team deal with the challenges in the weeks ahead?

A test for the market and the Trump team

Early in the week, CNBC reported that the Trump team’s strategy ahead of the confirmation hearings scheduled this week was to “flood the headlines so that no bad news gets through”. The “bad news” was presumably any negative confirmation hearings headlines for the numerous nominees, such as Jeff Sessions, for Attorney General, John Kelly, for Homeland Security, Rex Tillerson, for Secretary of State, Betsy DeVos, for Education, and so on.

But the Trump team has a different strategy this week: They’re going to make a lot of news. So much, in fact, that the bet is no one piece of bad news will break through the media clutter. It’s all about safety in numbers.

That’s why you’ll see a wave of confirmation hearings all scheduled for the same day on Wednesday — even as Donald Trump himself provides cover with a long-awaited news conference in midtown Manhattan on the same day. The newser is bound to generate a wave of tweets, blog posts, cable TV hits and newspaper headlines that Republicans hope will wash over any poor performances by Trump’s nominees on Capitol Hill. The idea is to flood the zone.

Unfortunately, the Trump transition team did not count on the news about how Russian intelligence’s possession compromising material on Donald Trump caused the Trump advisers worked with Russian agents (see WSJ article and report from the Guardian). I’ll spare you the salacious details of the story, which have were seen by by various news organizations but not published because the details could not be confirmed.

The lurid details of how Trump may have been compromised should be of only minor concern to the markets. What really matters to investors is whether this story has the potential to distract and hamper the incoming administration’s ability to pass its package of fiscal programs.

In other words, will the tax cuts get delayed because the Trump team has to face Congressional investigations about Russian influence? That’s the first test for the Trump team, and for market psychology in the days and weeks ahead.

5 thoughts on “A test for the markets”