Bulls and bears wait for Godot – Humble Student of the Markets

Mid-week market update: Several readers wrote me this week with similar comments, which went something like, “I concur with your bullish fundamental reasoning, but the stock market is trading little ‘heavy’ and I am concerned.” I agree 100%. Despite the bullish fundamental and technical tailwinds (see Six reasons why I am still bullish), the market hasn’t been able to break out of the narrow range since the upside breakout in July to new all-time highs.

Ryan Detrick at LPL Financial characterized this market as a “historic holding pattern”:

What has happened the past four months is truly historic, in that nothing has happened. For equities to trade in this tight of a range near all-time highs is extremely rare and we probably have the election to thank for it, as big money would rather wait until the results before making any moves.

From a technical viewpoint, neither the bulls nor the bears have been able to muster sufficient strength to break this market out of the narrow range. For both sides, they might have well been the characters Vladimir and Estragon in a production of Waiting for Godot. Nevertheless, there are plenty of reasons to be bullish on equities on an intermediate term basis.

The point and figure chart is one way of filtering out the noise of the sideways consolidation since the breakout to all-time highs in July. As this weekly point and figure chart shows, the narrow trading range resolves itself as just an upside breakout. Moreover, the ability of the market to hold above its breakout level is considered to be bullish. 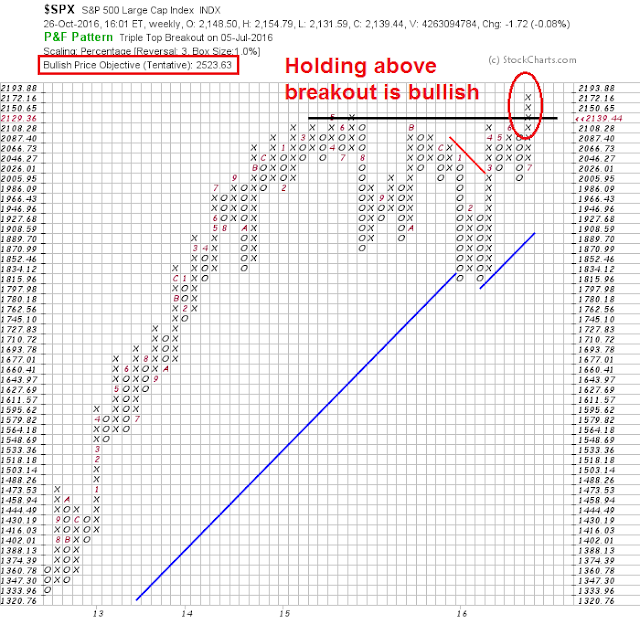 I recently featured this monthly chart of the Wilshire 5000. In the past, the market has performed well whenever MACD has moved from negative to positive (bottom panel), which it did at the end of September. Despite the sloppy market action in October, MACD remains positive and the MACD buy signal is still in force. 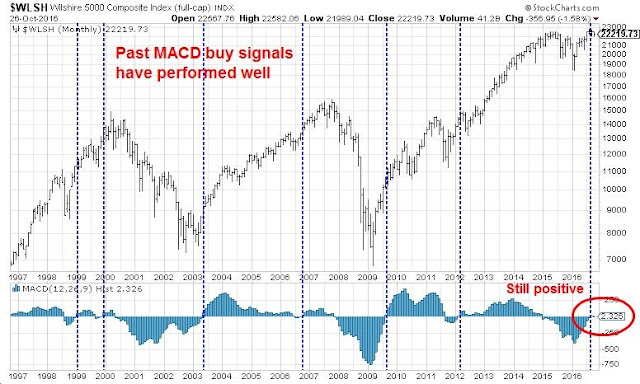 Risk appetite is holding up

A key measure of market internals is the performance of risk appetite. As the chart below shows, the relative performance of high beta vs. low volatility (top panel), and small caps vs. large caps (bottom panel) remain in relative uptrends. 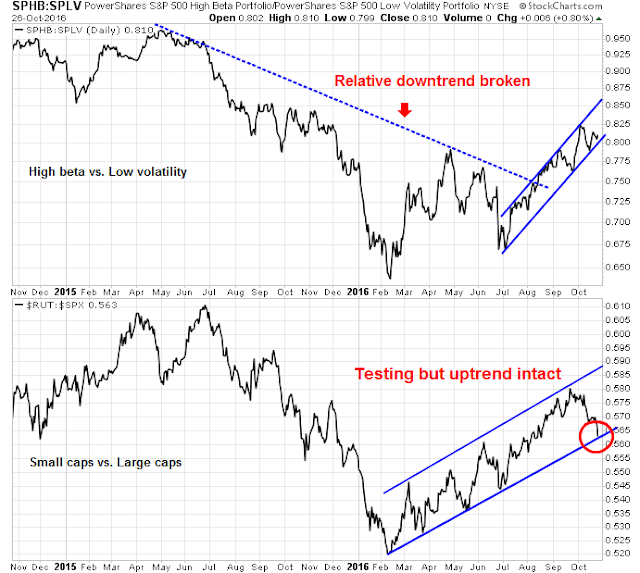 In addition, the credit markets are telling a similar story. The chart below shows that US high yield, or junk bonds, are outperforming their duration-equivalent Treasuries and therefore displaying a positive divergence in risk appetite. 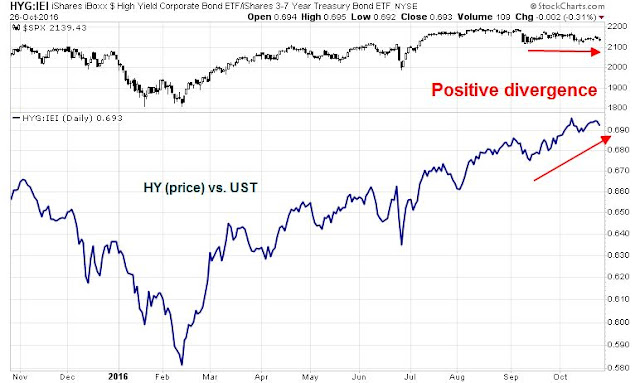 Is it the election? 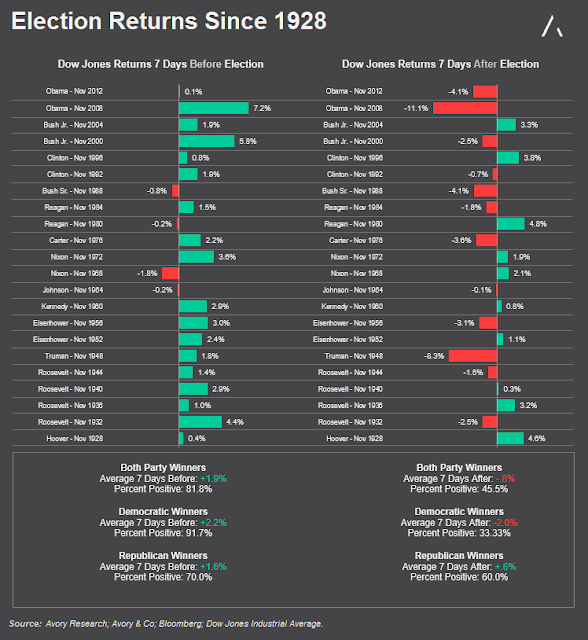 The seven day windows begins this Friday, October 28, 2016. This seasonal tailwind will be an opportunity for the bulls to show what they can do. It will be the bears turn afterwards.

At a minimum, I would be extremely cautious about being short the market over the next few days.

1 thought on “Bulls and bears wait for Godot”