When will the bulls take a breather? – Humble Student of the Markets

Mid-week market update: As stock prices have recovered strongly off the Brexit panic bottom to make a new all-time high, there are numerous signs that the market is ready to take a breather. In all likelihood, a period of sideways consolidation or minor pullback is on the horizon. 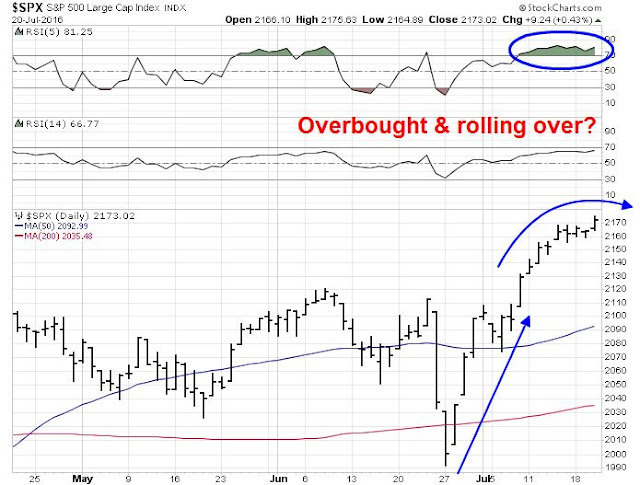 Traders in a crowded long

Short-term sentiment measures have moved from extreme pessimism to a wildly bullish, though intermediate term sentiment is still supportive of further highs. Mark Hulbert reported that his survey of NASDAQ stock market timers (HNNSI) jumped from -55.6% (a net short reading) after the surprise Brexit result to 77.8%, which is an astounding change of 130% in the space of only three weeks.

The latest TickerSense Blogger Sentiment Survey is also reflective of this turnaround in trader sentiment. Bullish sentiment has surged to highs not seen since October 2012. 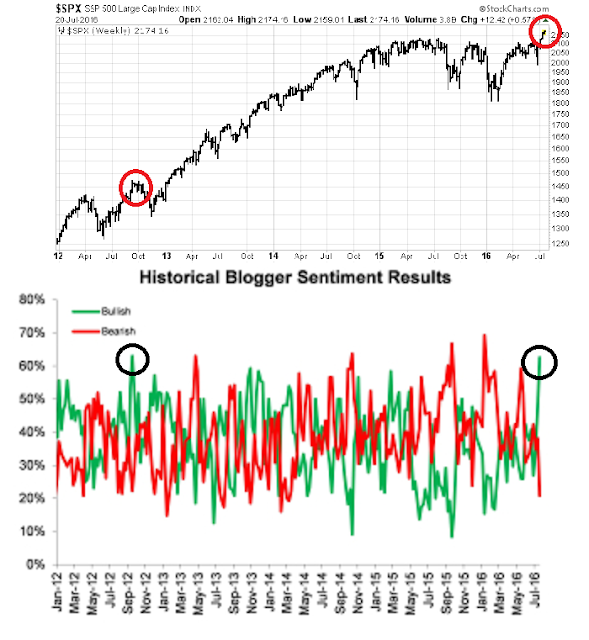 I have tended to discount the value of opinion polls because opinions can change very quickly and I have place greater weight on sentiment metrics where traders are playing with real money. Data from the option market, where hedgers and speculators are putting actual money on the line, confirms the crowded long narrative. Babak, aka Trader’s Narrative, highlighted a normalized CBOE put/call ratio measure, which is also showing a high level of complacency. 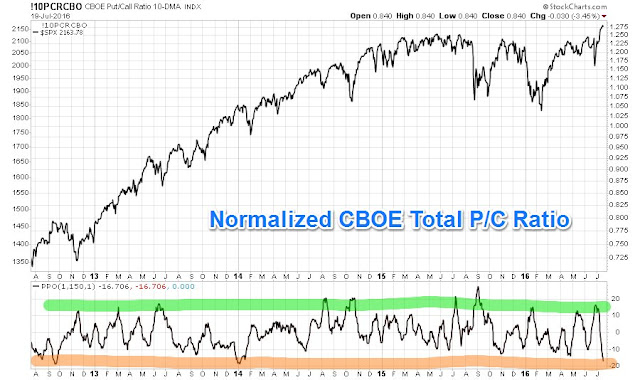 As well, the term structure of the VIX Index, where the 1-month VIX (VIX) is showing a substantial discount to the 3-month VIX (VXV) is also telling a similar story of bullish complacency. 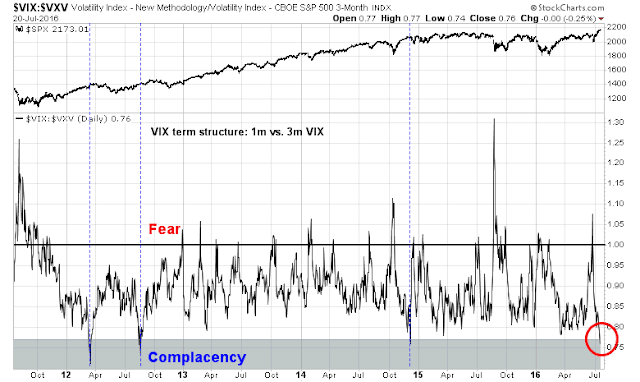 In addition, the Ned Davis Research ETF Speculation Index, which measures the ratio of leveraged long ETFs to short ETFs, recently flashed a sell signal. While sell signals have historically been not to be as effective as buy signals, this is another sign that the risk-reward ratio is not skewed in favor of the bulls. 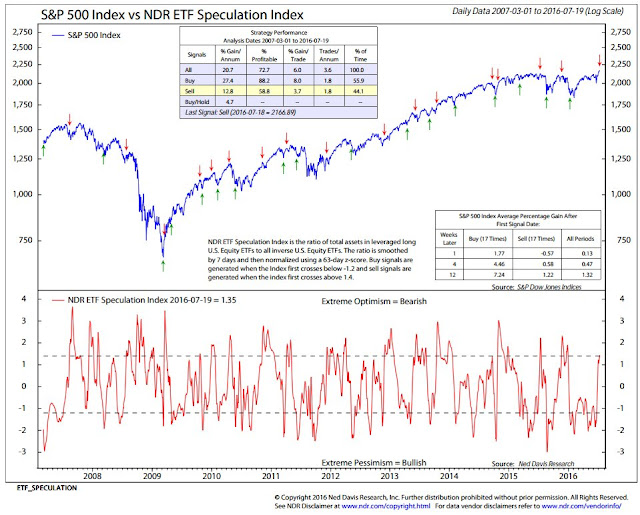 Putting it all together, sentiment models are pointing to a period of near-term market weakness or consolidation. For me, the clincher came from Trader Followers, who monitors Twitter breadth. As the chart below shows, Twitter breadth (top panel) has staged an upside breakout, which is intermediate term bullish. However, the bullish stock breadth (green line, second panel) is starting to roll over, which is a warning sign that momentum is petering out. 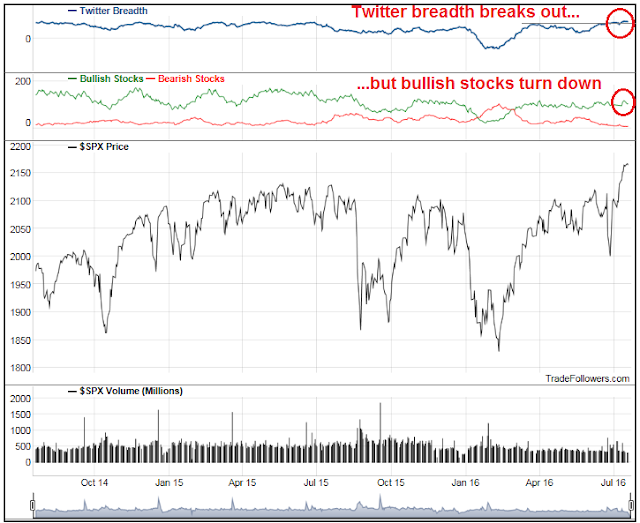 My inner trader remains in cash. He is waiting to see how the likely period of consolidation or pullback, which should be shallow, to play out before going long.

8 thoughts on “When will the bulls take a breather?”