Adventures in Option-Land – Humble Student of the Markets

Mid-week market update: I like to monitor the option market from a sentiment modeling perspective because, unlike surveys which can swing all over the place, the option market is a forum where people are putting real money on the line. 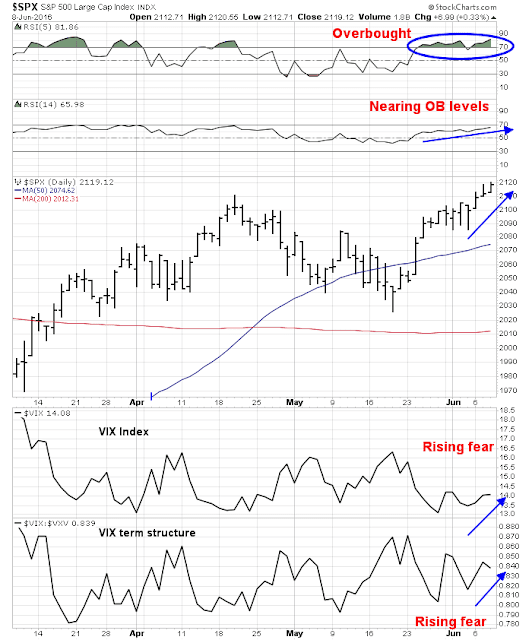 At the same time, standard measures of overbought/oversold and sentiment models, such as the CNN Money Fear and Greed Index, is showing a high level of greed, which is contrarian bearish. 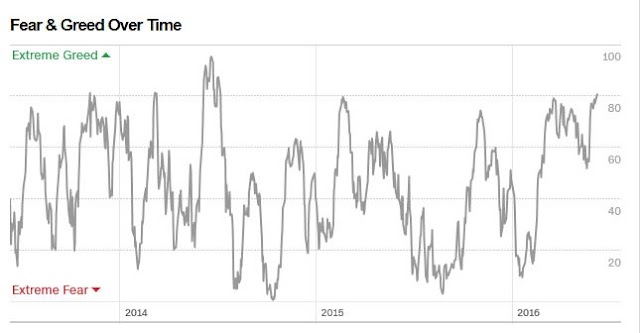 What’s going on? Is this just a sign that the stock market is climbing the proverbial Wall of Worry?

Jason Goepfert recently provided some context to the current movement in the VIX Index. As the chart below shows, the market has tended to pause and pull back after both SPX and VIX have advanced together. 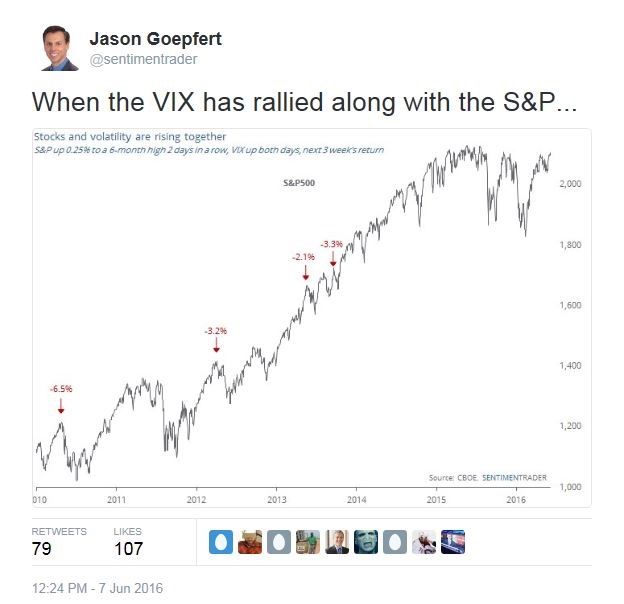 As well, Urban Carmel pointed out that the Fear and Greed Index tends to be a bit early in calling short-term tops, but risk/reward is tilted to the downside. 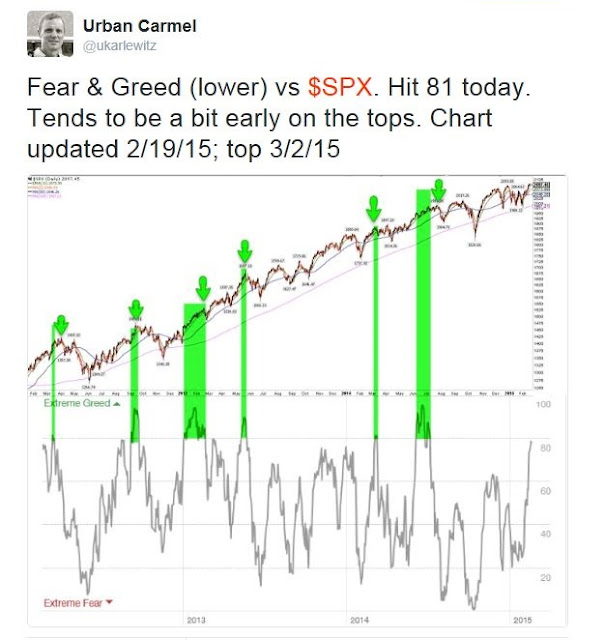 Currently, other short-term measures like this one from IndexIndicators are at overbought levels where pullbacks have occurred. 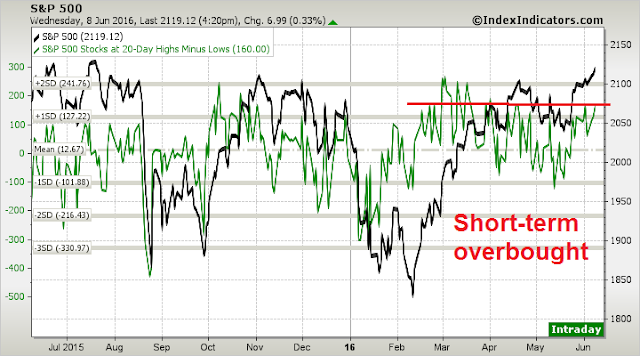 My inner trader believes that while the stock market can continue to grind a bit higher and possibly make a new all-time high, the prudent course of action is to start scaling out of profitable long positions. At the same time, he will keep tight trailing stop orders on his remaining long SPX longs as he is mindful of the old Wall Street adage: “Bulls make money. Bears make money. Pigs just get slaughtered.”

6 thoughts on “Adventures in Option-Land”