I present for your consideration the following mystery chart. Would you rate this as a “buy”, “hold” or “sell”? Your answer will tell you something about your global macro-economic outlook and the likelihood of an equity bear market in the near future.

Scroll down for the answer…

Any of the recessionistas who ranked the above chart “buy” might want to read this post carefully, including everyone who jumped on the JP Morgan rising recession risk bandwagon and David Rosenberg’s abrupt bearish turn. 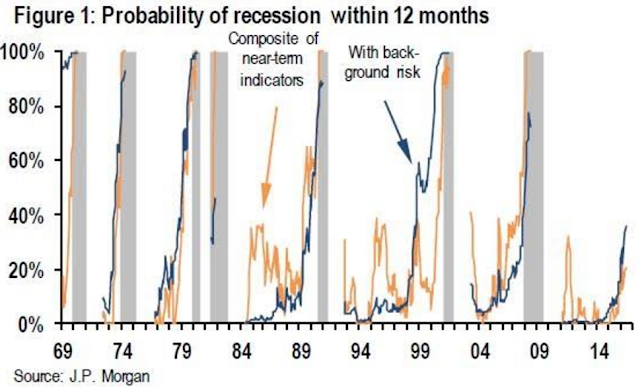 I am indebted to Joe Wiesenthal, who tweeted the following macro insight from Citi. The mystery chart is the relative return of the Russell 1000 Value Index against the SP 500. Value stocks have become the market leadership in the past few months. According to Citi, the Value style appears to be positively correlated with global growth and a risk-on environment.

Indeed, an examination of the over and underweight of the Russell 1000 Value Index against SPX shows the main overweight positions are in Financials and Energy while the main underweight positions are in Consumer Cyclical and Technology. It is therefore no surprise for Citi to come to the conclusion that a Value exposure represents a bet on Oil, Interest Rates, Commodities and Credit. 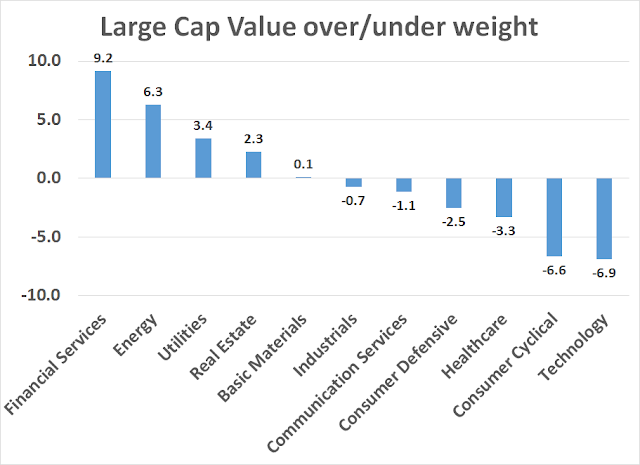 Incidentally, if you were wondering why an overweight position in Financial stocks represent a bet on growth, the chart below shows that the relative performance of Financials is correlated with the shape of the yield curve, as measured by the 10 year UST yield – 2 year UST yield (green line).

There may be a correlation vs. causation problem going on here. That’s because the shape of the yield curve has also been correlated with banking interest rate margins. 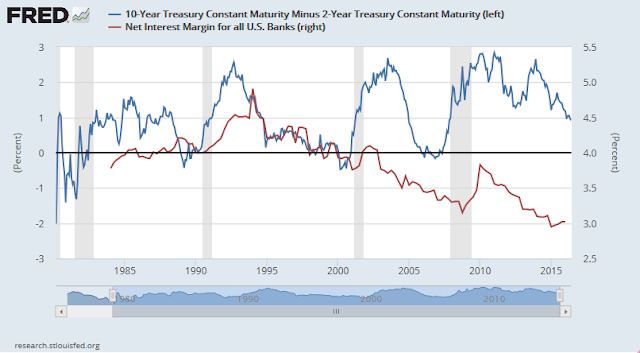 For the recessionistas: If you really believe that a recession is just around the corner and you ranked the mystery chart pattern as a “buy”, would you be more comfortable with shorting it instead?

Despite the Citi analysis, an exposure to the Value style isn’t just a strict exposure to better growth and a risk-on environment. We can see a better view of the “true” effects of Value by analyzing the sector exposure of small cap value stocks. The chart below shows the over and under-weight positions of the SP 600 Small Cap Value Index against the SP 600, using the same +10% to -10% over and underweight Y-axis of the previous chart. By this metric, there are very few significant sector bets in small cap value stocks, with the exception of an underweight position in Healthcare. 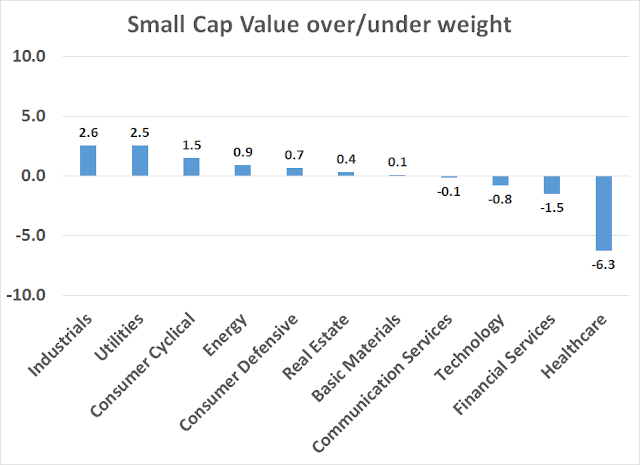 In conclusion, while the recent positive performance of the Value style is undoubtedly affected by the macro exposures identified by Citi, the relative returns of small cap Value suggests that the recent Value outperformance is positive net of sector and macro effects.