A modest proposal for the PBoC – Humble Student of the Markets

The specter of currency wars and competitive devaluation is in the air. Evan Soltas recently penned a post at FT Alphaville addressing the issue of how petrostates can solve their fiscal woes. The answer was either fiscal austerity or devaluation. The Telegraph reported that the World Bank was urging Saudi Arabia to use its currency reserves to defend the USD-riyal peg and resist the siren song of devaluation.

The Chinese elephant in the room

The elephant in the room of competitive devaluation is China. With the latest release of China PMI is looking a bit on the weak side, another round of stimulus would not be surprising at all. 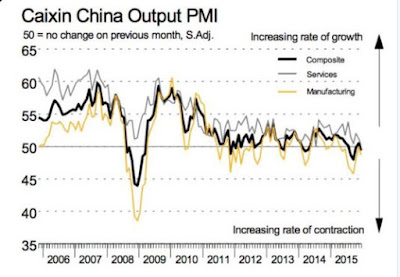 As Sober Look pointed out, there is room for the PBoC to ease monetary policy: 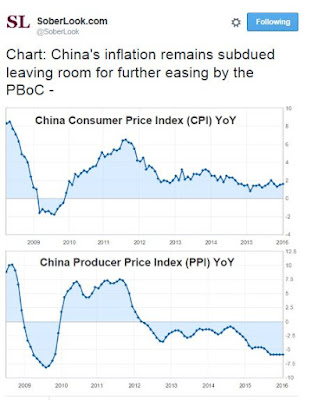 If the Chinese central bank were to undertake any steps to stimulate the economy, however, it would have the effect of putting downward pressure on its currency, which could stoke fears of a currency war. Business Insider reports that Charlene Chu of Autonomous Research has suggested that China needs as much as USD 5 trillion in credit injections in order to have a similar effect as the shock-and-awe campaign of 2009. If Beijing were pursue that course of action, I have a modest proposal for the PBoC.

Bernanke recently wrote a blog post addressing criticism that the Federal Reserve started a currency war during his tenure as Fed Chair:

A “currency war” (also known as competitive depreciation or a “beggar-thy-neighbor” policy) occurs when a country eases monetary policy specifically to depreciate its currency, with the ultimate objective of cheapening its exports and gaining unfair competitive advantage in international trade. (My discussion here applies only to exchange-rate changes linked to monetary policy. Gaining trade advantage through trade barriers like tariffs or through intervention in foreign exchange markets raises quite different issues.) When a currency war is prosecuted, exporters in other countries may complain that they are being undercut, and foreign policymakers may object to what looks like a diversion of demand away from their own economies, possibly leading to increased unemployment.

After going through various analytical exercises, Bernanke concluded that the Fed was just trying to stimulate the American economy and the purpose of its policies wasn’t to start a currency war:

Overall, I find little support for the claims that the Fed has engaged in currency wars. Although the Fed’s monetary policies of recent years likely put downward pressure on the dollar, the effect of the weaker dollar on U.S. net exports was largely offset by the effects of higher U.S. incomes on Americans’ demand for imported goods and services. Indeed, recent years have seen neither an increase in U.S. net exports nor any sustained depreciation of the dollar.

This is precisely the sort of rhetoric that central bankers use when they engage in monetary stimulus. Now that the Chinese have a favorable (conditional) response from the IMF about the inclusion of the yuan in the Special Drawing Rights (SDR) basket, otherwise known as the “Big Boys Club”, the PBoC can use the same kind of language to justify its monetary stimulus.

In that case, why not hire the best? Engage Ben Bernanke as a “special advisor” on monetary policy? With Bernanke at its side, Beijing would gain the kind of political cover it needs with the likes of the US Congress and the IMF to deflect criticism of engaging in a currency war, or deliberate devaluation.

Beijing has shown a stop-start pattern of reform and stimulus over the last few years. Another round is stimulus is due. So why not just hire Bernanke now for political cover? It will be money well spent.

6 thoughts on “A modest proposal for the PBoC”