Do the bulls have anything left in the tank for their charge? – Humble Student of the Markets

Mid-week market update: It’s always difficult to make tactical trading calls on FOMC meeting day. The S&P 500 approached the latest meeting with the 5-day RSI near overbought territory. The experience in 2022 of overbought or near overbought conditions on meeting days (March and July, n=2) has seen stock prices continue to advance. Can it continue? Do the bulls have anything left in the tank for their charge? 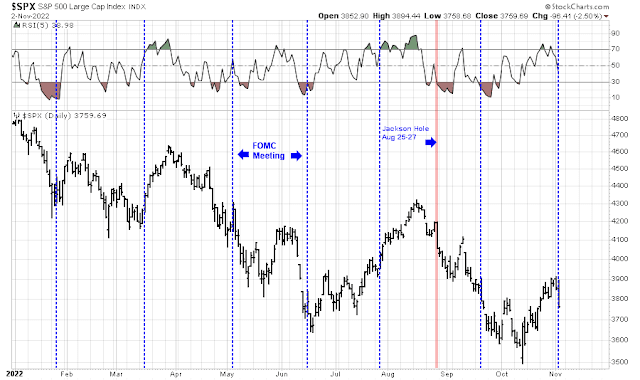 Market psychology coming into the meeting was tactically cautious. The short-term term structure of the VIX is deeply inverted (bottom panel), indicating fear. 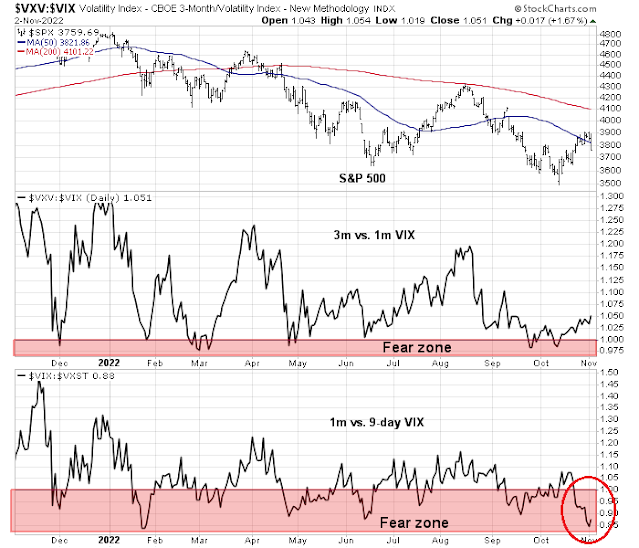 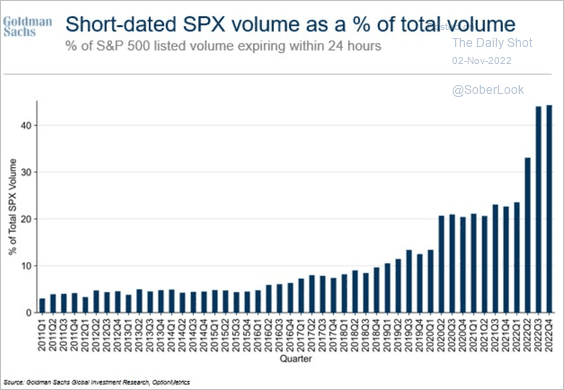 As well, inverse leveraged ETF activity has also exploded, which is contrarian bullish. 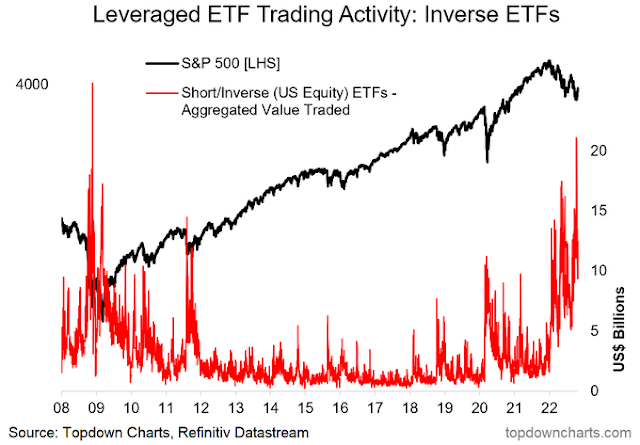 Is the rally done?

Strictly from a technical perspective, the S&P 500 traced out an inverse head and shoulders pattern. The index pulled back below the breakout level. The 14-day RSI hadn’t reached an overbought condition, which is the level where the last rally failed. On the other hand, the percentage of S&P 500 above their 20 dma neared the 90% level, which is an overbought extreme and defined the last tactical top. 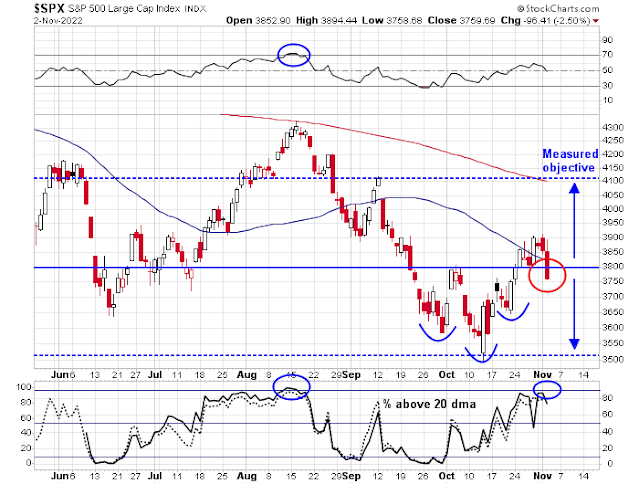 It could be argued that the latest rally still has some momentum. The NYSE McClellan Summation Index (NYSI) rallied off an extremely oversold condition of -1000. If history is any guide, rallies haven’t stalled until NYSI turned positive. The lowest level this indicator reached before a rally ended was -200 in 2008, which is far from the current reading of -575. 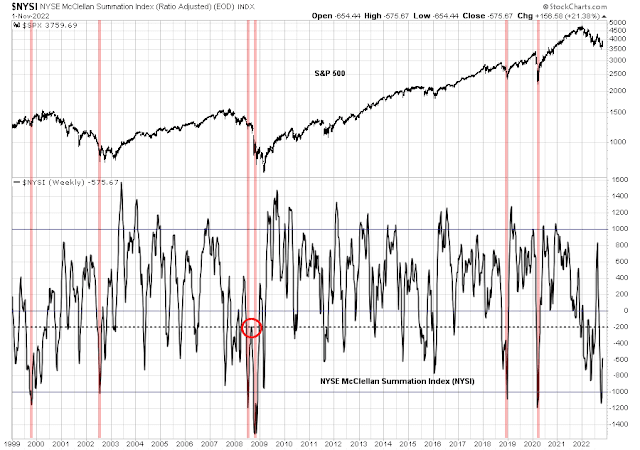 On the other hand, the 5 dma of the percentage of S&P 500 bullish on P&F also reached an oversold extreme, and it recovered to approach the minimum level of 67% when rallies stalled. 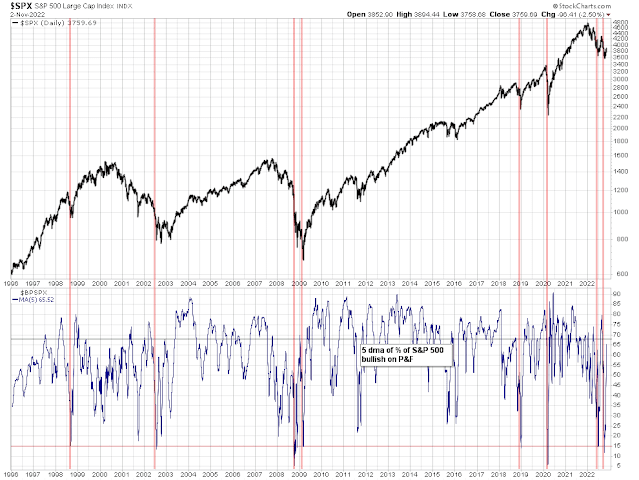 So where does that leave us? The market is nearing a number of key “take profit” technical tripwires with the prospect of high volatility in the coming week. Investors are facing a series of event risks with binary outcomes in the coming days in the form of the October Jobs Report on Friday, mid-term elections next Tuesday, and the CPI report next Thursday. Despite today’s downdraft, Fed Funds expectations were largely unchange as a result of the FOMC announcement.

Subscribers received an email alert yesterday that my trading model had turned neutral and my inner trader had taken profits in his long S&P 500 positions. While anything can happen and there could be some further upside in the major equity indices, prudence dictates that risk reduction is in order.

8 thoughts on “Do the bulls have anything left in the tank for their charge?”