Mid-week market update: As the S&P 500 tests the lows for 2022, the question for investors and traders is whether support will hold. The analysis of the large-cap S&P 500, the mid-cap S&P 400, and the small-cap Russell 2000 presents a mixed picture. While large and mid-caps appear to be holding support, small-caps look wobbly. 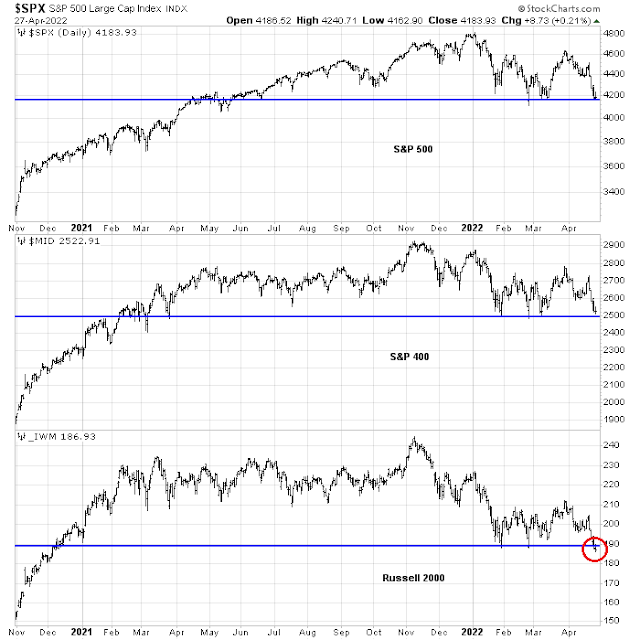 A violation of support would open up considerable downside potential and this is the equivalent of the bulls’ goal-line stand. Will they be successful?

Notwithstanding the market nervousness over individual large-cap tech stock earnings, there is ample evidence that a short-term bottom is forming. The market was very oversold based on yesterday’s apparent panicked market action. 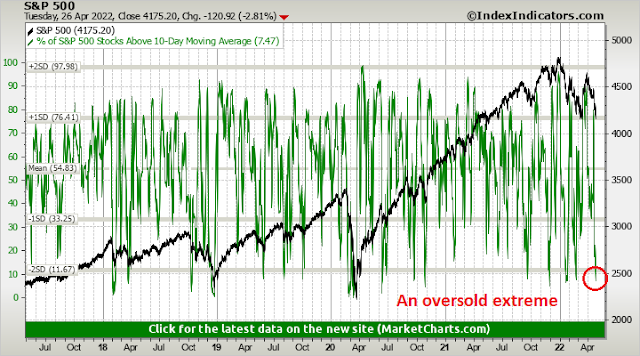 Three of the four components of my bottom spotting models flashed buy signals Tuesday, which is a signal that a bounce is on the horizon. The VIX Index has maintained its position above its upper Bollinger Band, the term structure of the VIX is inverted, and the NYSE McClellan Oscillator reached -65.7, which is an oversold condition. 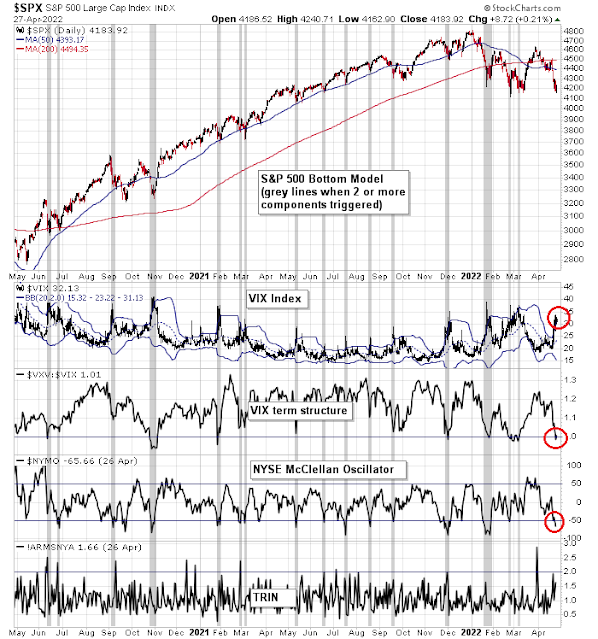 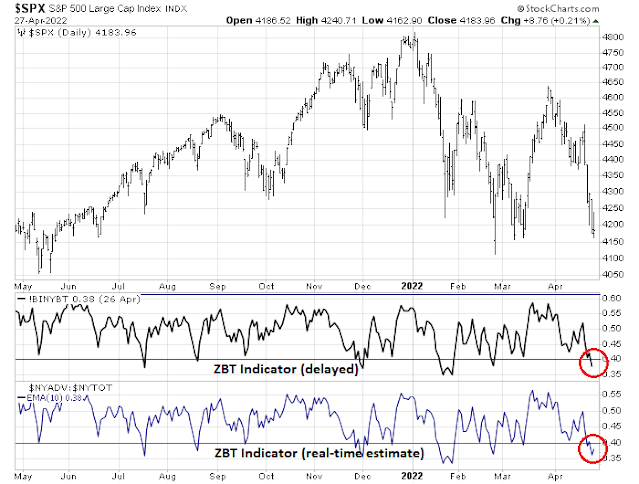 Breadth indicators, while negative, appear helpful for the bulls. Even as the S&P 500 tests support, breadth indicators are showing positive divergences, which is constructive. 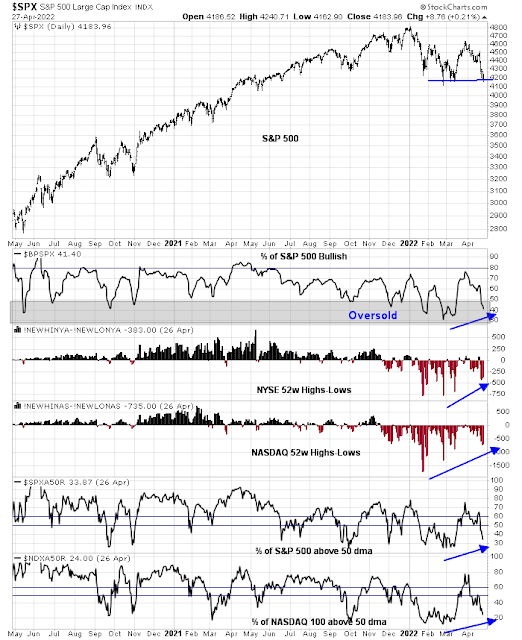 Market Charts observed that over 30% of S&P 500 stocks are now trading below their lower Bollinger band. A backtest of these conditions in the last 10 years shows that the index was up an average of 2.79% after 20 trading days with a 86% positive return success rate. 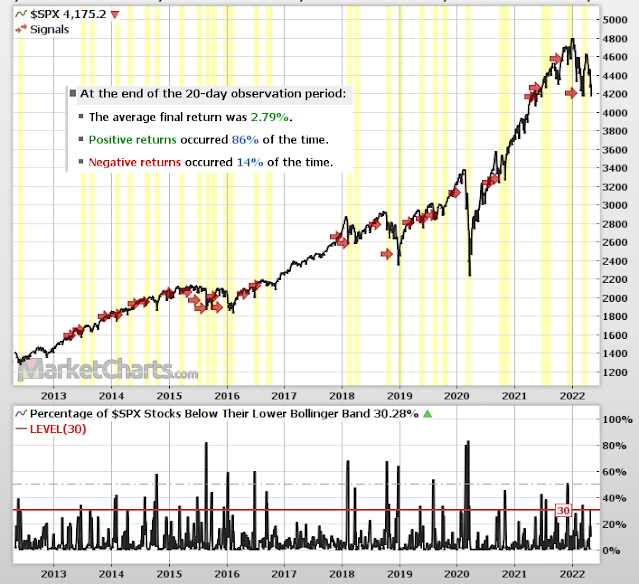 The bears are still in control

Before you get all excited, you should regard any relief rally as a counter-trend move in a downtrend. The bears are still in control of the tape, as evidenced by the relative uptrend exhibited by defensive sectors. While some sectors, such as consumer staples and real estate, appear a little extended and due for a pause, this chart shows that the intermediate trend is still down. 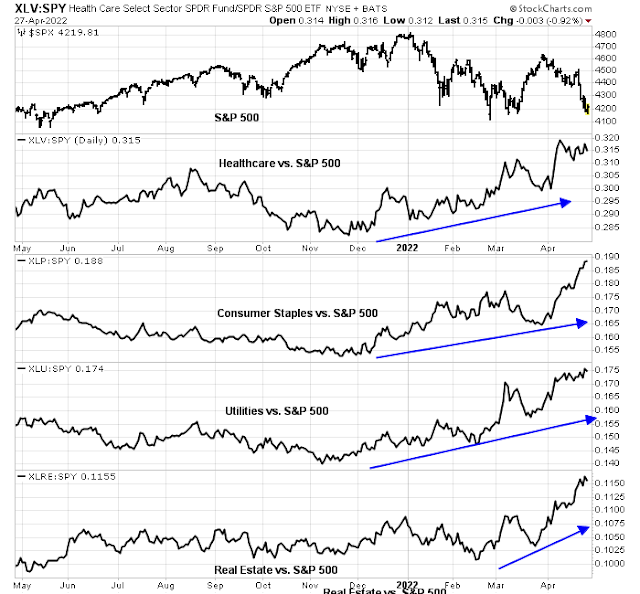 Jeff Hirsch at Trader’s Almanac also pointed out that we are entering the weak spot of the four-year election cycle. This is a time for investors to be extra cautious with their equity commitments.

In short, traders should prepare for a relief rally, but don’t overstay the party. My inner trader is tactically long the market. He doesn’t have a specific upside target for the S&P 500, but he is waiting for the VIX Index to return to its 20 dma from its position above the upper BB as a take profit signal. 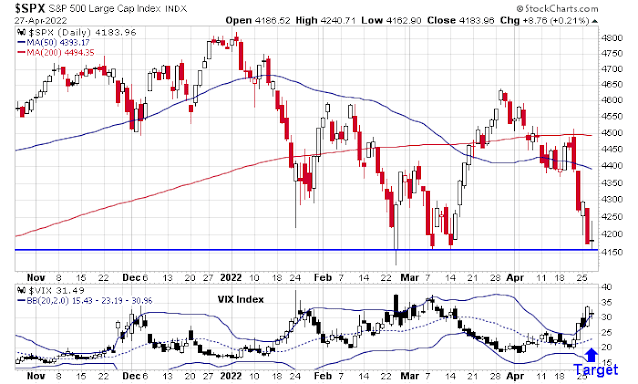 22 thoughts on “The bulls attempt a goal line stand”