An exhausted bull, or a bear trap? – Humble Student of the Markets

Mid-week market update: How should investors and traders react to the recent stock market weakness? The bears will argue that the S&P 500 spiked past a trend line resistance and fell back, which is an indication of bullish exhaustion. Moreover, the 5-day RSI recycled from an overbought condition to neutral, which is a tactical sell signal. The logical initial downside target is the 3840-3900 zone, which represents about a 5% pullback.

The bulls will argue that the bull trend remains intact. The S&P 500 is rising steadily in a channel, and the recent pullback is just a bull flag, which is a bullish continuation pattern. The market can go higher. 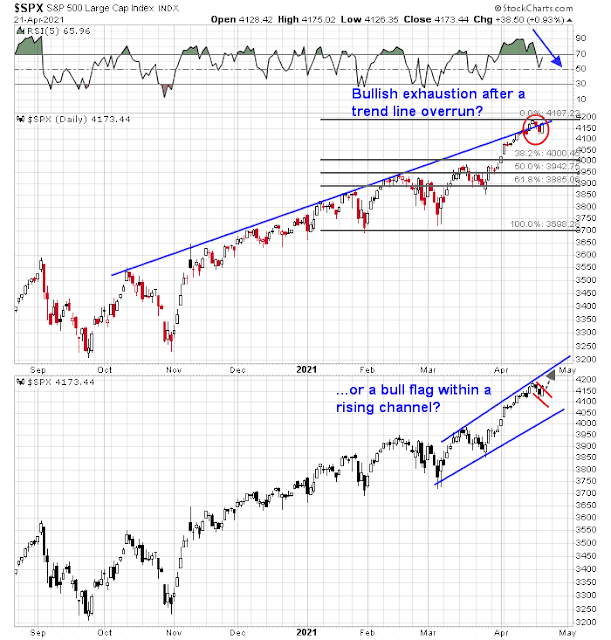 This is where the interpretative part of technical analysis comes in.

A more detailed analysis of the market internals favors the bear case. Equity risk appetite is turning negative. The equal-weighted ratio of consumer discretionary to consumer staple stocks is falling. As well, the ratio of high-beta to low-volatility stocks has been exhibiting a negative divergence since early April.

The relative performance of defensive sectors to the S&P 500 is starting to perk up, which I interpret as an equity bearish signal. The real estate sector has staged an upside relative breakout, and utilities are pressing up against a key relative resistance level. The other two defensive sectors, healthcare and consumer staples, are tracing out patterns of rounded bottoms on their relative performance charts. 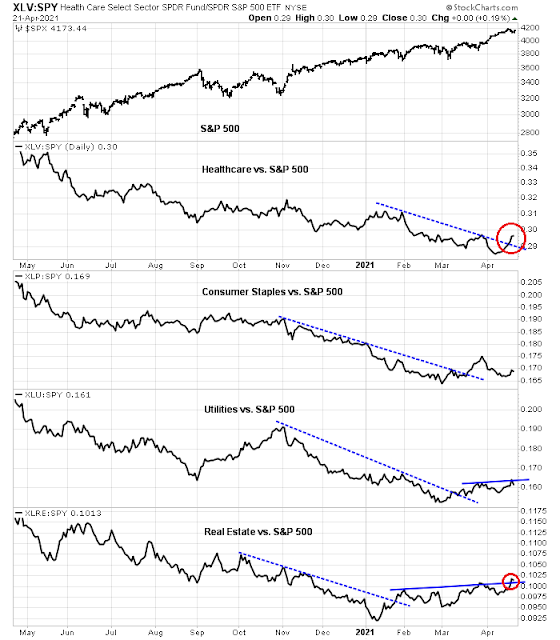 Instead of focusing on what to buy, I will focus on what to avoid for traders who want to take tactical short positions. The primary short-sale candidates are NASDAQ and growth stocks. The NASDAQ 100 is testing a key support level. The relative performance of the speculative and high-octane ARK Innovation ETF (ARKK) to the S&P 500 is extremely weak, indicating a lack of momentum in growth stocks. 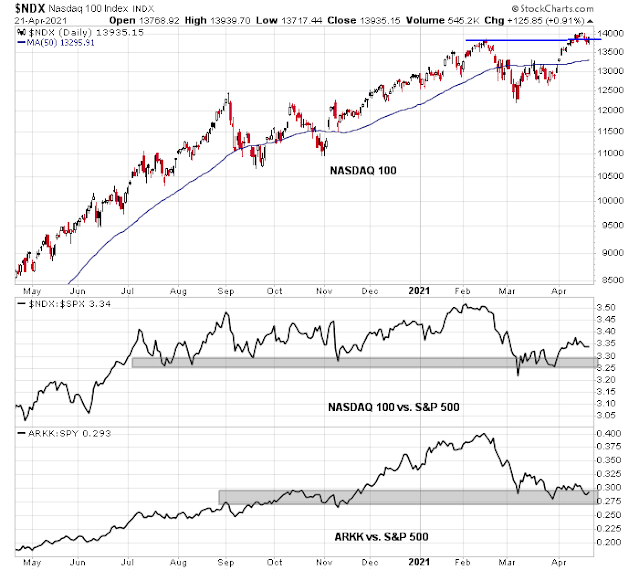 I interpret the recent NDX strength as a counter-trend rally as a minor hiccup in the recovery in value/growth performance. 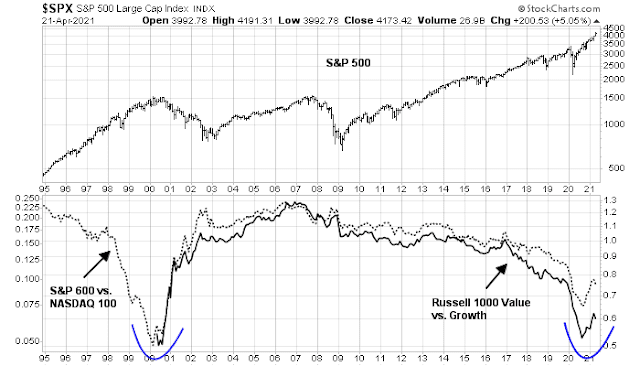 While the small-cap to growth stock ratio remains favorable for small-caps in the long run, traders should also expect further tactical underperformance of small-cap stocks. The small-cap rally became overextended in early 2021 and the Russell 2000 to S&P 500 ratio flashed an overbought reading on the 14-day RSI indicator. Wait for an oversold or near oversold condition before buying small-cap stocks. 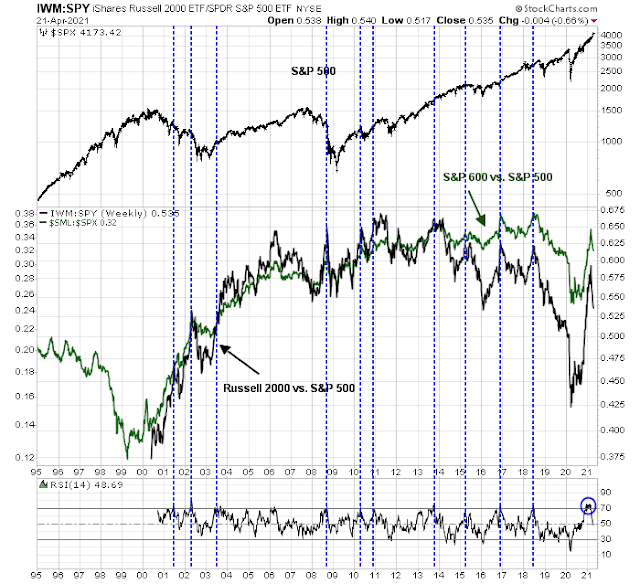 However, I would expect small-cap relative weakness to be only temporary. An analysis of the size factor through a global lens shows that small-caps are either leading or flat with their large-cap counterparts in the other major regions of the world. 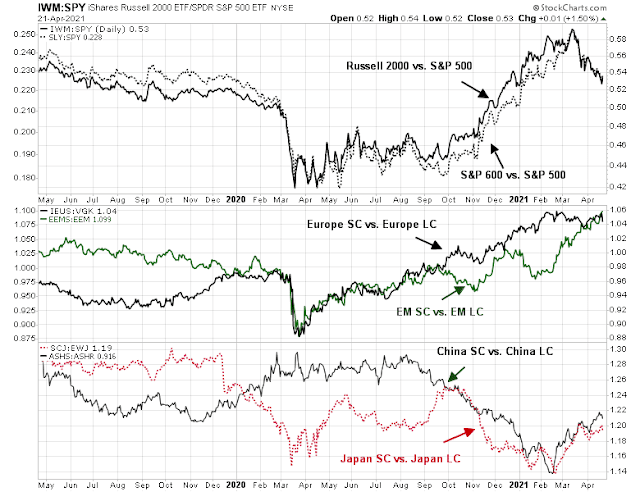 In conclusion, the stock market is starting to exhibit corrective action. My base case scenario calls for a downside target of 3840-3900 on the S&P 500, which represents about a 5% pullback. Pockets of vulnerability are NASDAQ growth stocks, and small-caps, which I expect to underperform during this period of market weakness. Today’s rally was no surprise, breadth readings had become oversold as of last night’s close but any bounce should be temporary. 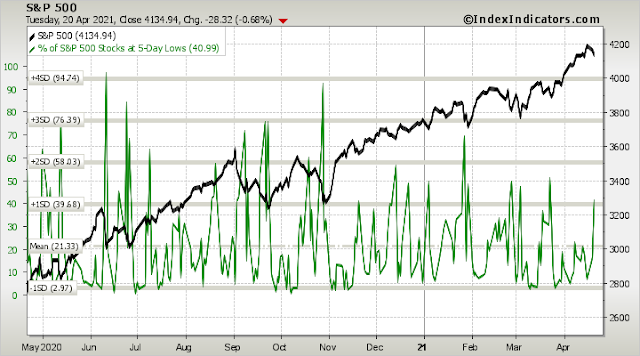 32 thoughts on “An exhausted bull, or a bear trap?”