Does the economy even need more stimulus? – Humble Student of the Markets

House Speaker Nancy Pelosi has set a Tuesday deadline for an agreement for a coronavirus stimulus package before the election. Recent data begs the question of whether more stimulus is even needed. 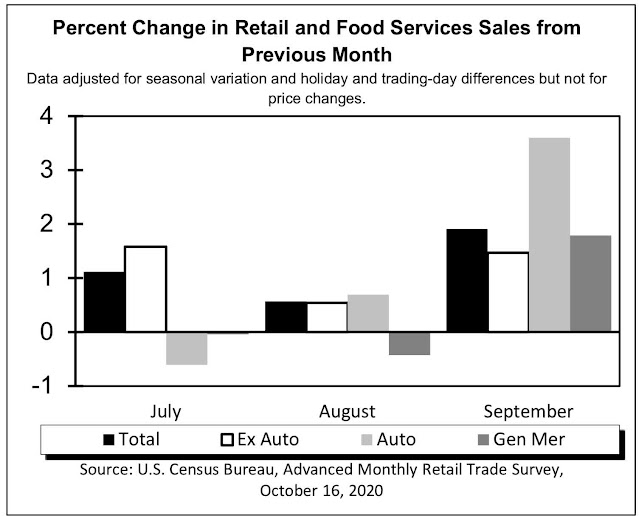 In addition, consumer confidence improved in early October despite the expiry of the $600 per week stimulus payments. 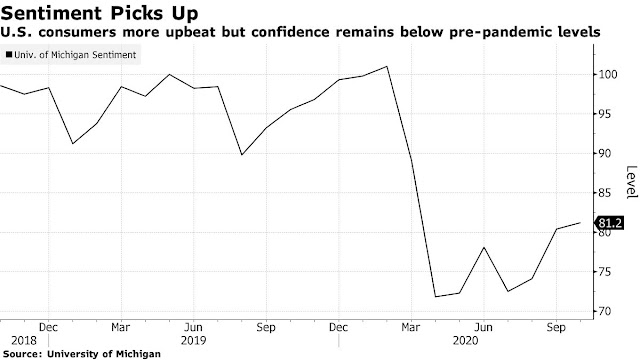 A New York Fed study is supportive of the fiscal hawks’ case that more stimulus is not needed. The New York Fed studied how households used the payments, and most of the funds were saved either directly, or indirectly by paying off debt. As of the end of June, “29 percent—was used for consumption, with 36 percent saved and 35 percent used to pay down debt”. A demographic breakdown showed that even the most disadvantaged group in the “non-white” category directly saved 27.2% and indirectly saved 46.4% of payments through debt repayment. 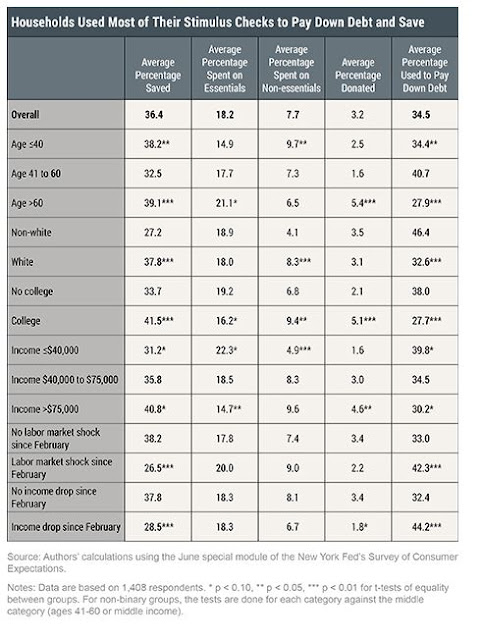 If a substantial amount of the stimulus was saved, does that mean the CARES Act was too generous. pr unnecessary?

The New York Fed study was a snapshot in time, and it’s just as important to understand the evolution of household finances during this difficult period. A more detailed analysis from the Becker Friedman Institute at the University of Chicago found that the CARES Act did boost spending by the unemployed. 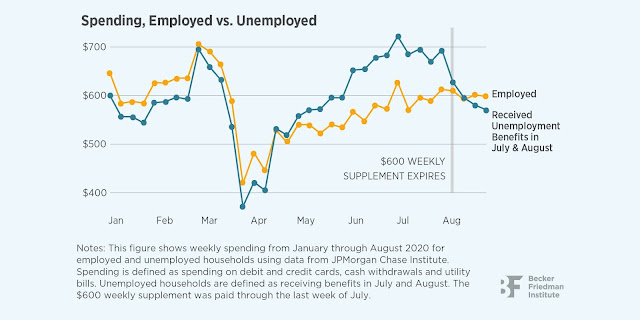 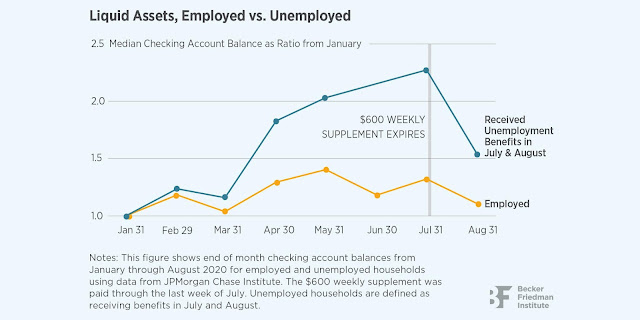 The University of Chicago study focused on aggregate household behavior, Aneta Markowska and Thomas Simons at Jefferies pointed out that while savings are strong for people at the top of the income ladder, the fiscal cliff is very real for the poorest of households. 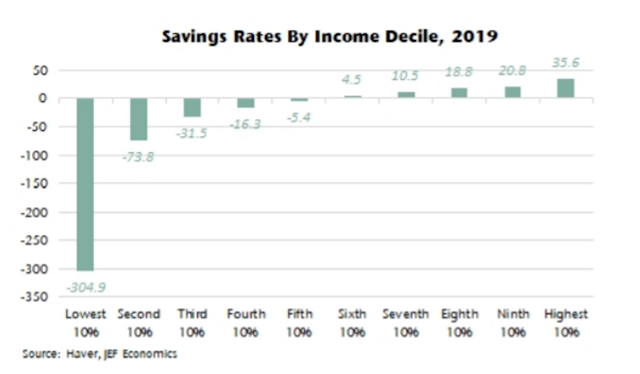 Looking forward to Q4 and Q1, Oxford Economics projects that household finances are going to be increasingly strained without another round of stimulus. The strong September retails sales figures could be the consumer’s last hurrah. 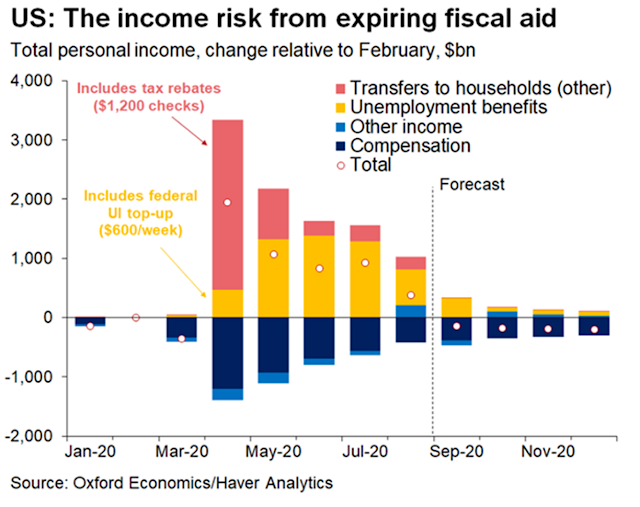 Anecdotal evidence indicates that the retailing sector is stressed. LUSH Cosmetics recently introduced a payment plan for purchases. This development is a signal that the company’s customer base has become so strained that a significant number need to pay for small luxuries like scented soap and bath oils on a payment plan.

For the last word, Fed watcher Tim Duy had a different interpretation of the strong September retail sales figure:

I know this is going to be an unpopular opinion, but the fiscal stimulus may have been less important for retail sales than widely assumed. What we see inside the retail numbers – the shift in spending away from the services component – has happened in the economy overall. Spending on goods has remained strong largely because households were unable to spend on their typical basket of services and that extra money had to go somewhere.

Retailing stocks have rallied strongly, and they have outperformed the S&P 500 since the March lows. Assuming that Pelosi cannot come to an agreement with the White House and Senate Republicans by Tuesday, the risk is the chances of a stimulus bill will fade if there is a contested election that ends up in the Courts. 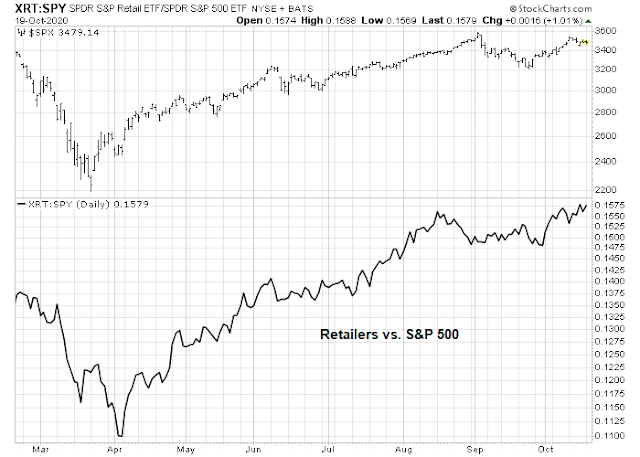 In conclusion, the fiscal cliff is very real, though its effects are slightly delayed. I wrote in my last post that the market is expecting a cyclical recovery (see How the US is becoming an emerging market). A collapse in household finances is an ever-present threat to the recovery investment theme, and it’s a risk that investors should keep in mind.

24 thoughts on “Does the economy even need more stimulus?”