Testing the lows – Humble Student of the Markets

Mid-week market update: My last post (see OK, I’m calling it) in which I called a recession received a lot of attention. As recessions tend to be bull market killers, the challenge for investors and traders is to manage their investments during a recessionary bear market.

In the short run, the SPX is testing the lows set on Monday, while constructively flashing positive RSI divergences. As well, the VIX Index recycled below its upper Bollinger Band Tuesday, which is a tactical buy signal, and it stayed there today despite the support test. 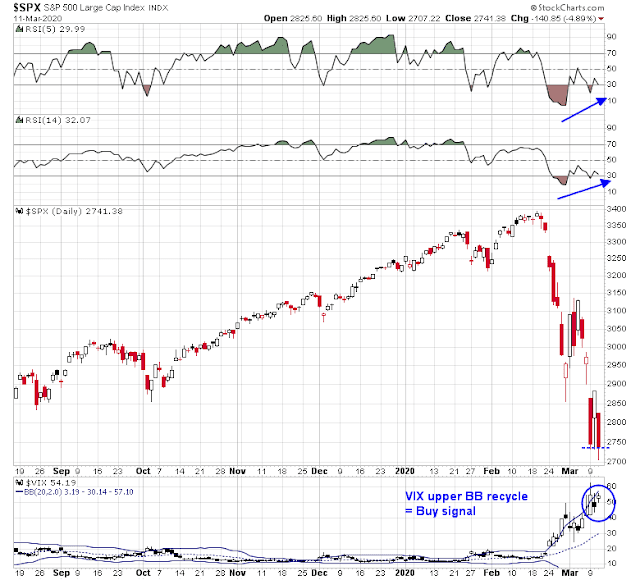 Ripe for a rally

The market is wildly oversold by historical standards. If history is any guide, the readings for % bullish and % of stocks above their 50 day moving average (dma) are consistent with short-term bottoms. 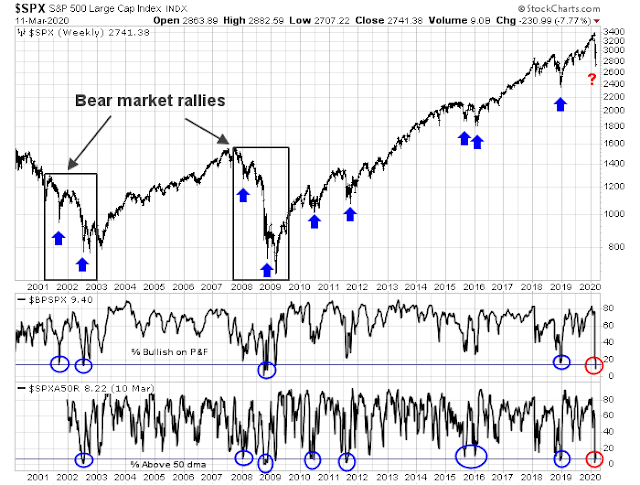 Even in bear markets, similar oversold rebounds in the last 20 years have seen advances of 5-10% that last anywhere from three weeks to three months. Such bear market rallies have either failed and gone on to make new lows, or retraced the rally to the the previous low.

The stock market is ripe for an intermediate term rally. The relative performance of stocks to bonds, as measured by the SPY to TLT ratio, is testing a key relative support zone. During the last major bear market of 2007-2009, the market’s initial fall was also arrested by similar zone of relative support. Count on a bounce, followed by some choppiness.

Another sign of a bottom can be found in TLT, the long Treasury bond ETF. TLT is tracing what my former Merrill colleague Fred Meissner dubbed the “Prussian helmet” formation, which is an indication of buyer exhaustion. Now the price is reversing itself, the logical support zone is the breakout level at roughly 147.50. Since bond prices have been inversely correlated with stock prices, this is a sign that stocks are poised to rise.

The tactical outlook remains constructive for the bulls, short-term breadth was oversold despite yesterday’s advance. Readings from last night’s close indicate that readings were still in oversold territory, and it will be even more stretched after today’s market action. 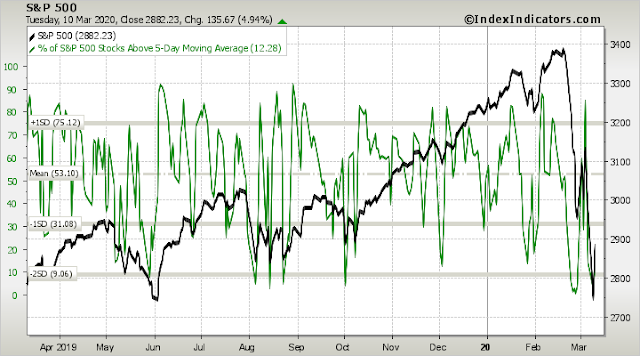 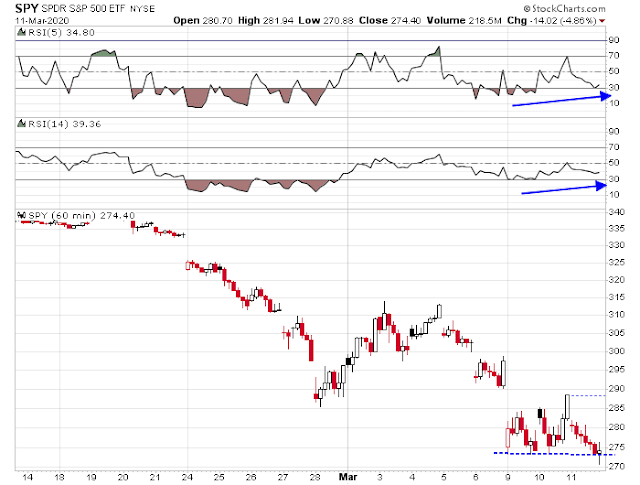 My inner investor is at a position of maximum defensiveness. My inner trader is still long the market, but he has set a stop level just slightly below today’s support levels.

29 thoughts on “Testing the lows”