A key test: The Zero Hedge bottom? – Humble Student of the Markets

The website Zero Hedge has built a successful franchise on the internet highlighting bearish and market crash narratives with a series of half-truths, misinformation, and conspiracy theories. A recent screenshot of Zero Hedge headlines gives you an idea of their editorial bias. 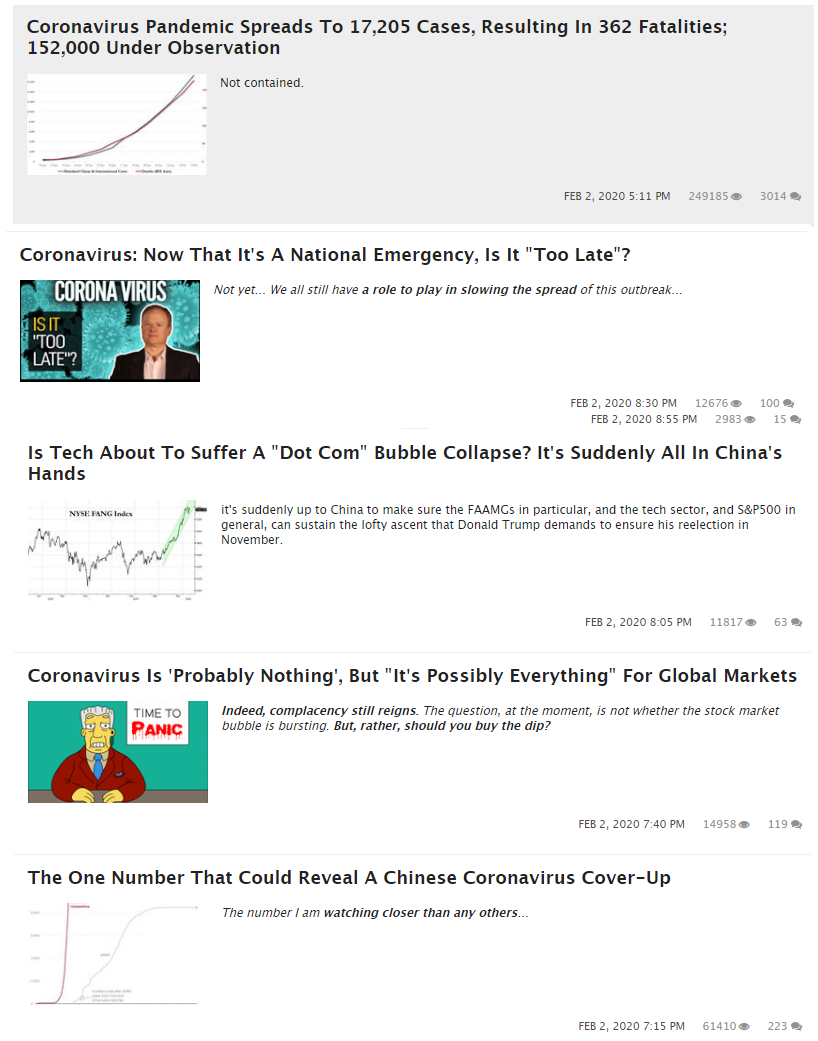 In other words, it occupies the supermarket tabloid niche of financial news.

A recent Buzzfeed story revealed that Zero Hedge, which had 670,000 followers, was permanently banned from Twitter for violating its platform manipulation policy. In one article, Zero Hedge accused a Chinese scientist of releasing the coronavirus from a bioweapons lab, released the scientist’s email and phone number, and invited readers to “pay the scientist a visit”.

Notwithstanding the controversy over Twitter’s actions, could this incident may be a sign of the Zero Hedge market bottom, marked by peak hysteria over the coronavirus threat.

Some anecdotal signs are emerging that sentiment is becoming panicky. John Authers at Bloomberg laid out on January 26, 2020 the signposts of peak panic, based on the magazine cover indicator.

While the sample size is extremely small (N=2), here is the cover of The Economist at the height of the SARS panic. 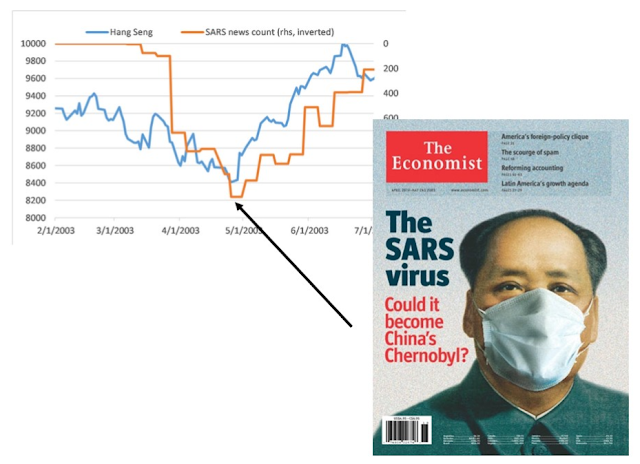 Here is the magazine cover at the height of the Ebola panic. 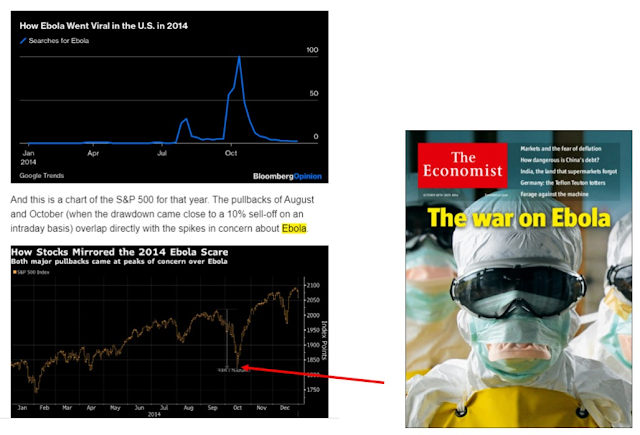 Here is the latest cover of The Economist. 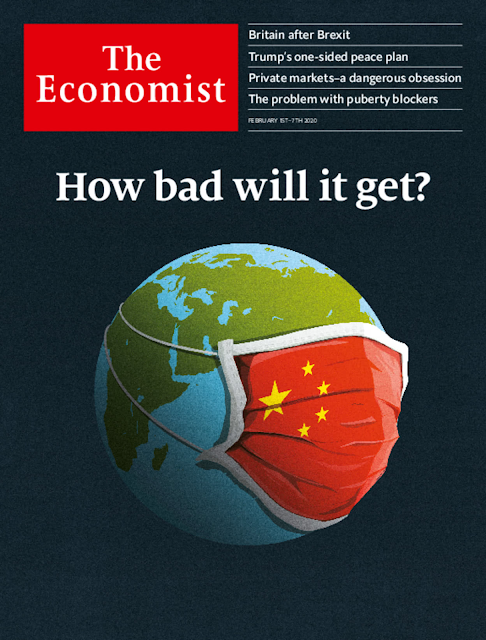 Still not convinced. Callum Thomas has been conducting an (unscientific) Twitter sentiment poll every weekend since 2016. Sentiment has fallen to the second most bearish reading since the poll began. 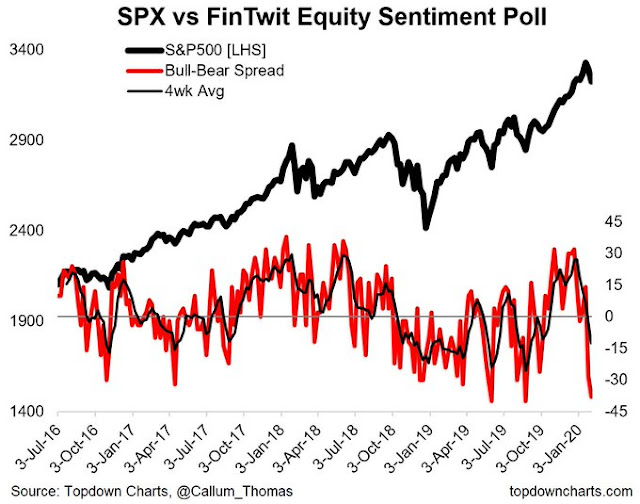 The Chinese stock market opened after a one-week Lunar Near Year holiday, and the Shanghai Composite was down -7.7%, which parallels the movement in H shares in Hong Kong, which did trade last week. However, many of the issues went limit down by the maximum -10%, which means that the index could not have fallen much further.

On the other hand, Hong Kong’s Hang Seng Index, which had traded last week, manage to steady itself with a 0.17% gain. 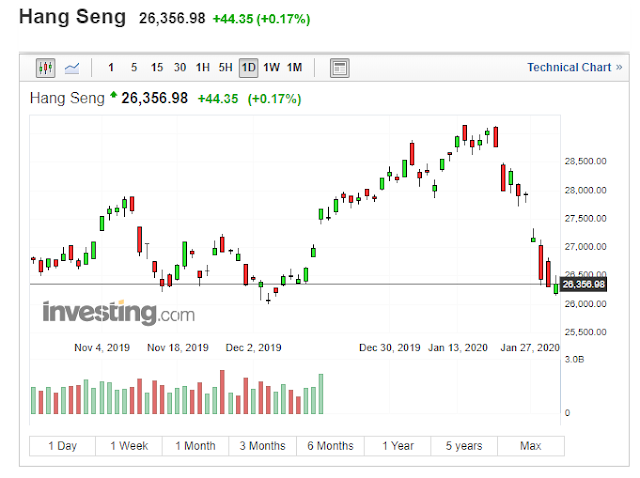 The USDCNH offshore yuan rate weakened past the 7 to 1 level. 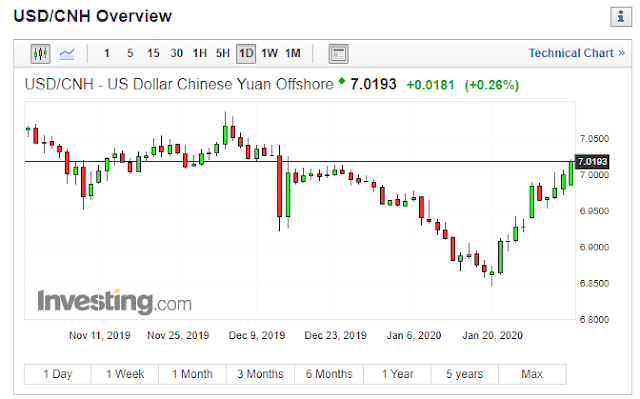 Policy makers have promised massive market support. Major investors are banned from selling their stock holdings. The PBOC unexpected cut the reverse repo rate by 10 bp, and injected a total of 1.2 trillion yuan (US$173 billion) into money markets to stabilize the markets.

Could the worse be over? Watch for massive “whatever it takes” stimulus in the coming days.

I have made the case that the actual reason for the correction is mainly attributable to excessive bullish sentiment and overly bullish positioning by the fast money traders. The coronavirus panic was just the excuse for the sell-off (see Trading the coronavirus panic). If Chinese policy support were to put a floor on stock prices, and the stock market rises to test or exceed its old high, it would set up a situation where the excessive bullish positioning is not unwound. As a reminder, a rally would worsen the tensions from the Rule of 20 Indicator. At the current estimate of 20.7, this indicator is already flashing a valuation warning sign for stock prices. 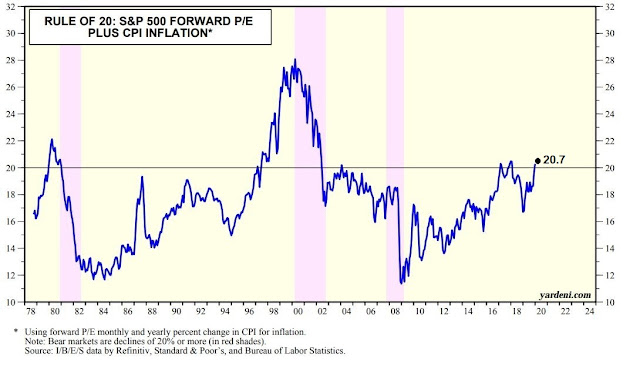 Under such a “false rally” scenario, I would watch for a rally, marked by a negative NYSE Summation Index (NYSI) divergence, which are conditions that were seen in the last two major market tops. 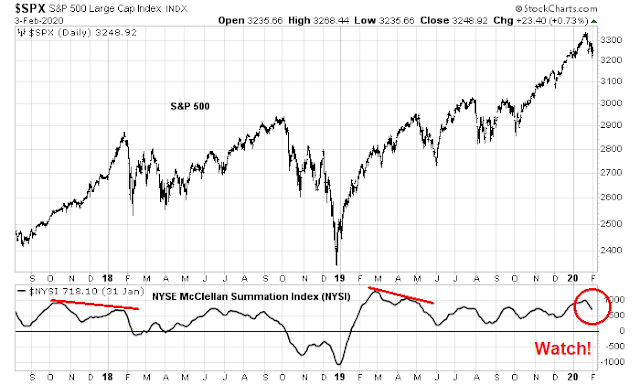 This “false rally” is consistent with the observation that the Citigroup Panic/Euphoria Model remained in euphoric territory as of last Friday. 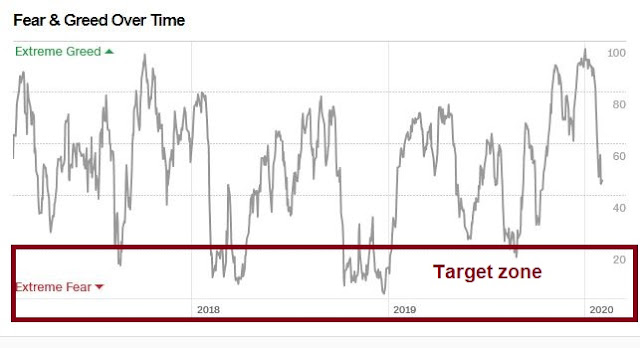 Seriously, can the market make a bottom without a “Markets in Turmoil” program from CNBC? 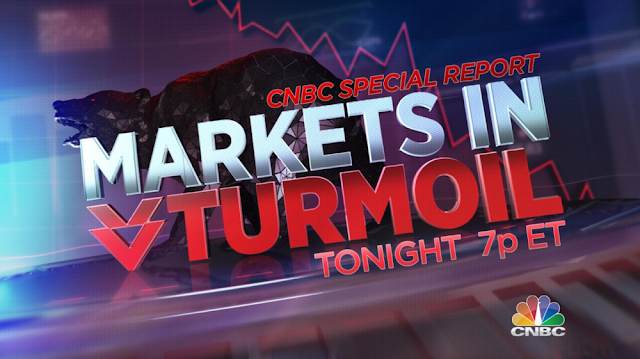 A key test of psychology

The market action in the next few days will be revealing of the psychology. Traders will start to focus on the Iowa Caucus tomorrow, and the New Hampshire primary next week. Bernie Sanders is currently the frontrunner to win the Democrat’s nomination for President. How will the market react a Bernie win in Iowa?

In the meantime, Bernie Sanders’ odds of winning the nomination has been soaring in the betting markets. 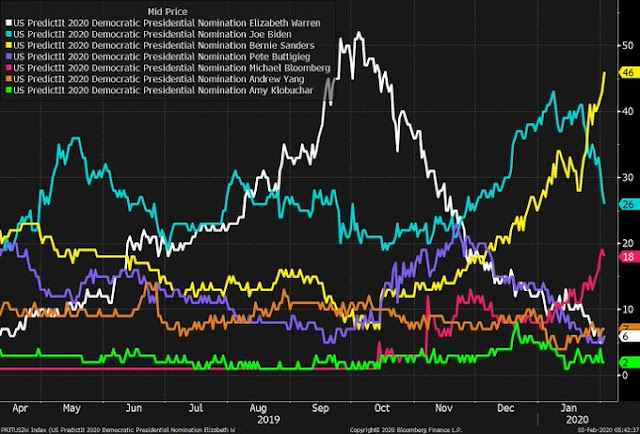 A more detailed bottom-up aggregation of PredictIt odds by Millenarian at the state level shows that Sanders has the edge. 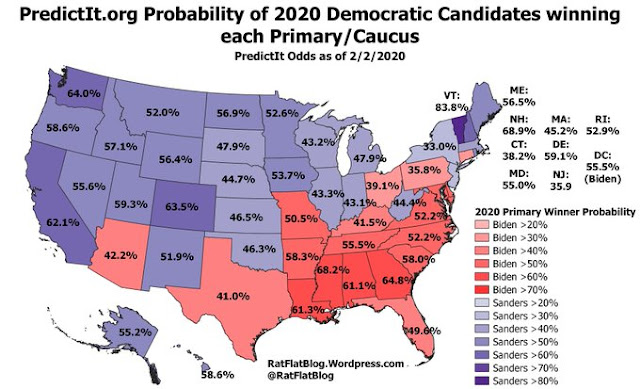 If the coronavirus news was the actual reason for the market sell-off, then expect short-term stabilization and revival in stock prices, followed by a decline later. On the other hand, if it was just the excuse for an overvalued, overowned, and overbought market to go down, then a Bernie Sanders win could provide the next catalyst for further market weakness.

Stay tuned. My inner trader is maintaining his short position for now.

7 thoughts on “A key test: The Zero Hedge bottom?”