Factor investing: Theory vs. practice – Humble Student of the Markets

As regular readers know, I have been an advocate of taking an overweight in cyclical exposure in equity portfolios (for the latest update, see Adventures in banking). While I continue to believe that the approach is sound, the reality has been less than fully satisfactory in the US. Among the cyclical groups, the semiconductors are on fire, and homebuilding stocks are weakening but remain in a relative uptrend. However, both industrial and transportation stocks have failed to hold their upside breakouts through relative downtrends, though they are still exhibiting bottoming patterns. 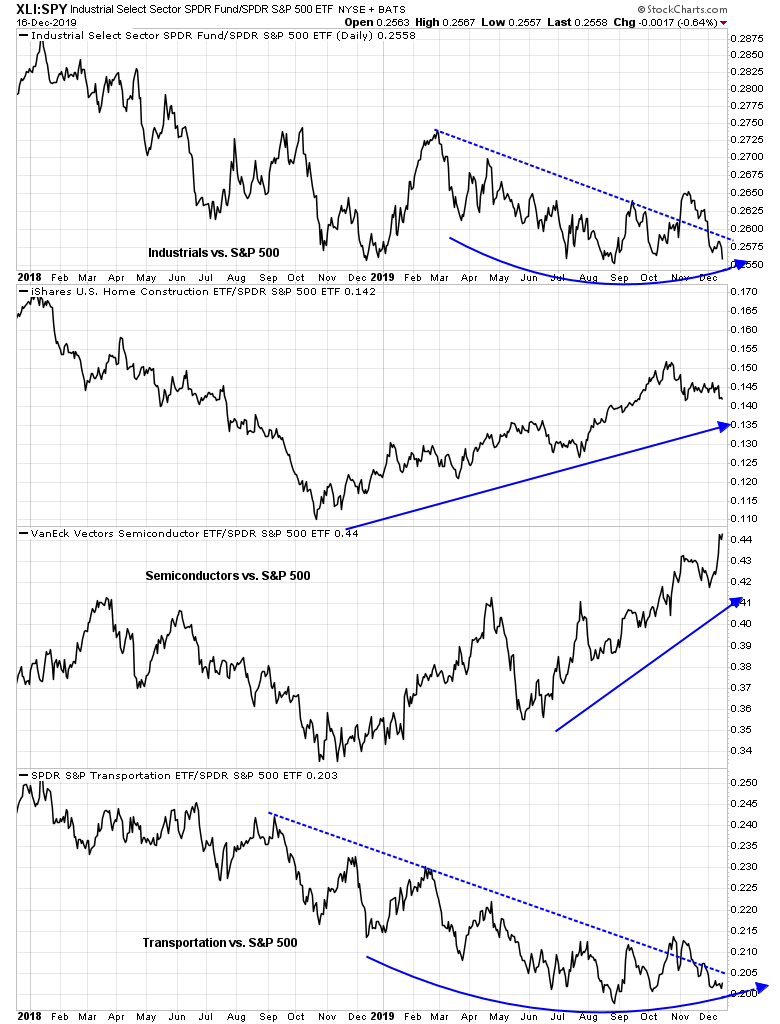 Here is what I believe is wrong, and it is a lesson between theory and practice in factor investing.

The disappointing returns can mainly be explained by the performance of specific large cap stocks that have dragged down certain sectors. The largest weight in the industrial stock ETF (XLI) is Boeing (BA), whose returns were plagued by the problems of the 737 MAX. The returns of the equal weighted industrial ETF against the equal-weighted SPX benchmark looks a lot more constructive. 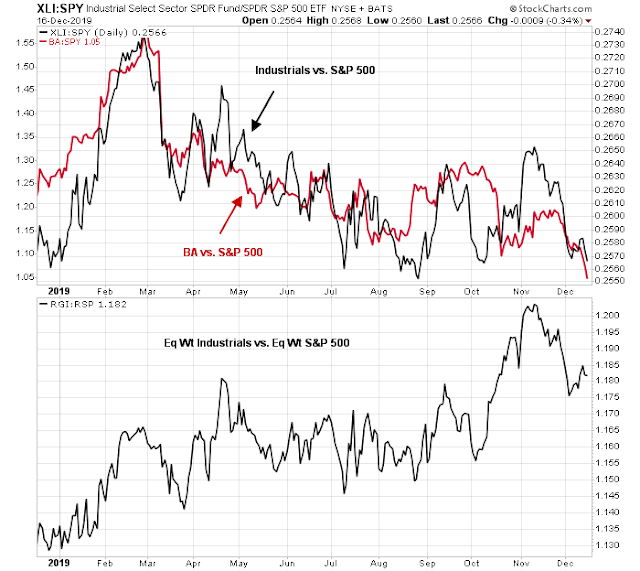 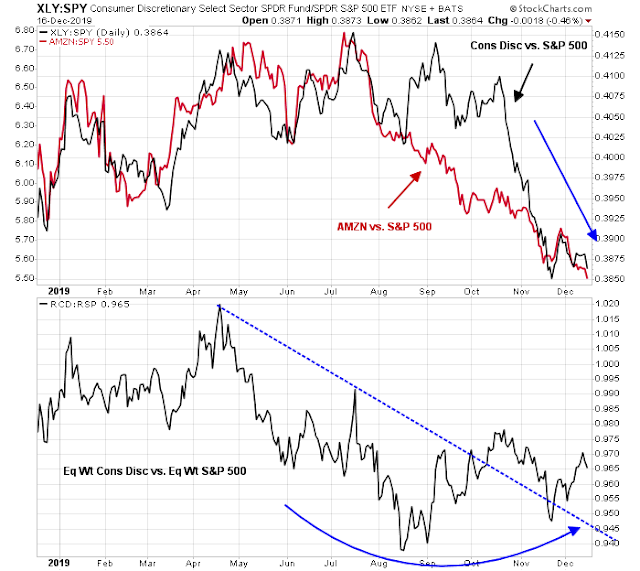 There are several lessons to be learned. Even if your analysis comes to the right conclusion, how you implement the idea or factor makes a huge difference to returns. This exercise is also a lesson on the differences between the pure and naive exposure to a factor.

For investors who want US cyclical exposure, consider RGI, RCD, SMH, and ITB or XHB.