The market is oversold? Already? – Humble Student of the Markets

I was not at my desk and out at some meetings on Monday. When I returned near the end of the day, I nearly fell off my chair when I saw the VIX Index had spiked above its upper Bollinger Band again, indicating an oversold market. 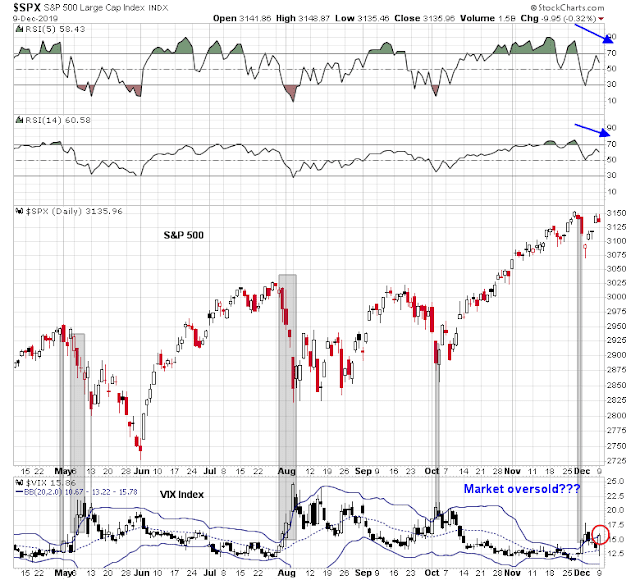 Is the market oversold? Again? So soon?

Short-term momentum does not appear to be oversold. In fact, they show a market that was overbought and recycling downwards, which is a short-term sell signal. 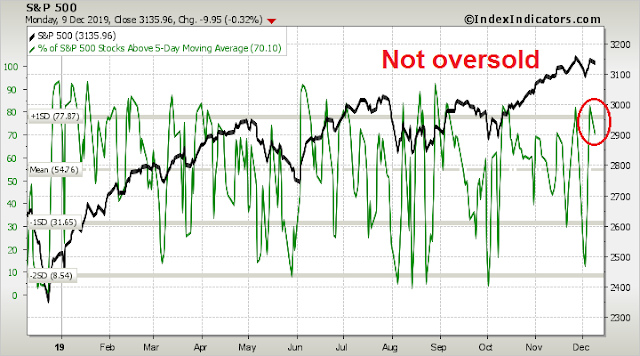 The answer can be found in the VIX Index, which is designed to measure anticipated one-month volatility, and its term structure. In the past, spikes of the VIX above its upper BB have been accompanied by inversions of the term structure. The middle panel shows the short-term term structure. The ratio of 9-day VIX (VXST) to 1-month VIX (VIX) ratio (middle panel) has indeed spike to above 1, indicating rising fear. Other upper BB spikes also saw inversions or near inversions of the 1-month to 3-month VIX (VXV) ratio (bottom panel). The latest episode is somewhat different from the past. While VXST/VIX has inverted, VIX/VXV is still relatively tame. 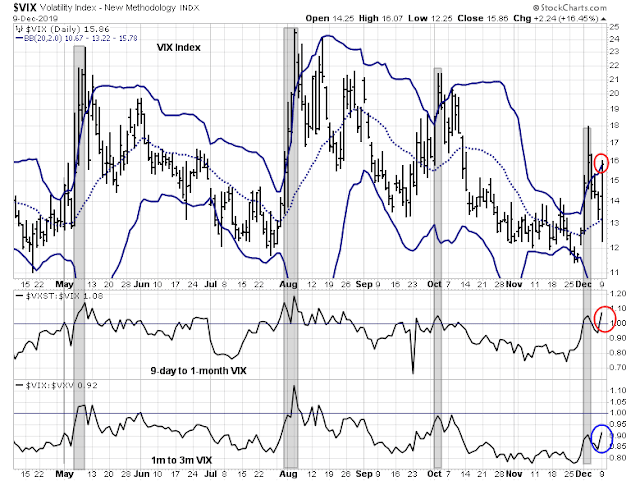 In effect, the VXST ratio iscounting rising short-term volatility, while longer term (VIX and VXV) remain subdued. To put this into English, market uncertainty is rising because of the following events this week:

Viewed in this context, the VIX spike above its upper BB is not an actionable trading signal. However, my inner trader is still long the market for other reasons.

A lesson for investors

The lesson for traders and investors is to avoid relying on any single indicator, and to look for confirmation before taking action.

Consider the recent example of the inverted yield curve. Remember how the 2s10s inverted, and all the Recessionistas ran around proclaiming a recession was around the corner?

At the time, I was somewhat dubious about the inverted yield curve as a recession indicator because the entire yield curve had not inverted. In fact, the longer end of the curve, as measured by the 10s30s was steepening. The vertical lines in the chart below shows the instances since 1990 when both the 2s10s and 10s30s had inverted. Equity bear markets followed short afterwards. However, the latest episode is very different from the past 2s10s inversions in two important ways: 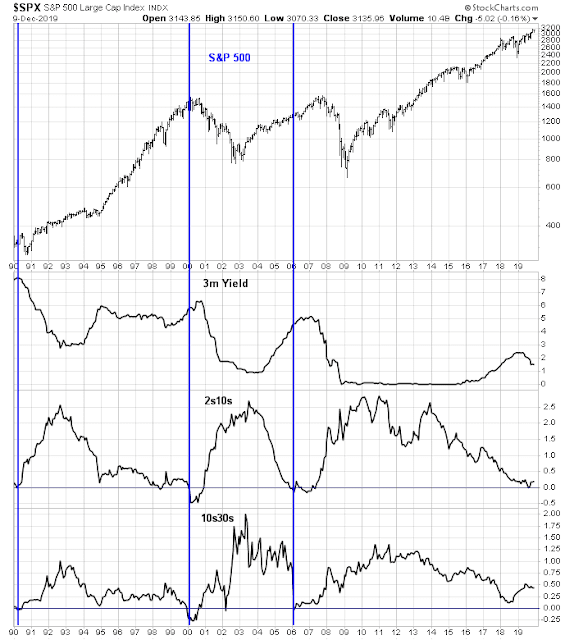 3 thoughts on “The market is oversold? Already?”