Any more precautionary cuts? – Humble Student of the Markets

Mid-week market update: Now that the Fed has cut rates a third time, and the upside breakout in the SPX and NDX are holding, what’s next? 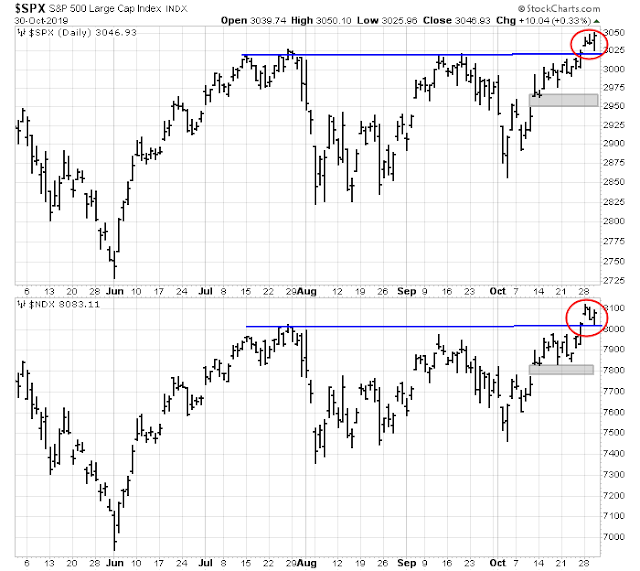 Are the series of precautionary cuts over?

Now that Brexit risks have subsided, and trade tensions are receding as the US and China have more or less had a “phase one” trade deal in place, does the Fed need to cut further? To be sure, Chile announced this morning that it was pulling out of hosting the APEC summit because of ongoing street protests, so Trump and Xi won’t be able to sign any “phase one” agreement on the sidelines, but if there is a deal, both sides will find a way for the agreement to be signed.

Arguably, inflation pressures are moderate but steady. Today’s release of quarterly core PCE prices, which is the Fed’s preferred measure of inflation, came in at 2.2%, which is above the inflation target of 2%. In the past, whenever the count of the monthly annualized PCE rate that exceeds 2% is at or above six, the Fed has felt compelled to begin raising rates. The latest August reading stands at 5, which shows moderate and steady inflation pressure. 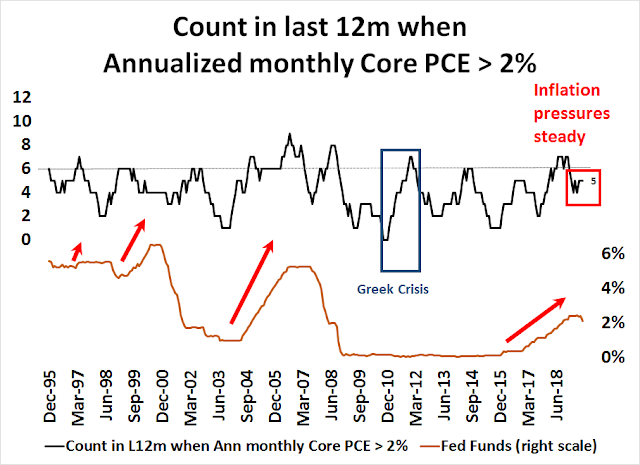 To be sure, the market expects that this will be the final rate cut. The latest readings of the CME Fedwatch tool shows that most participants do not expect any additional action by the December meeting. 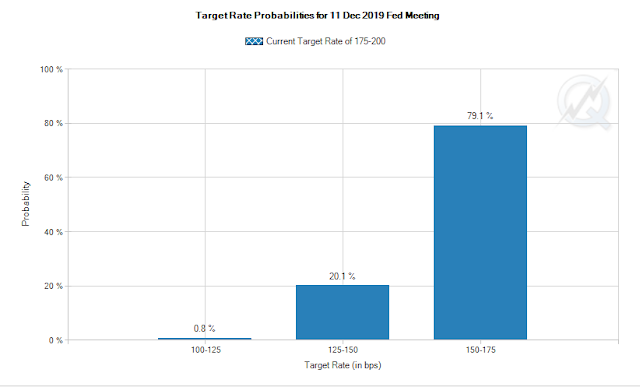 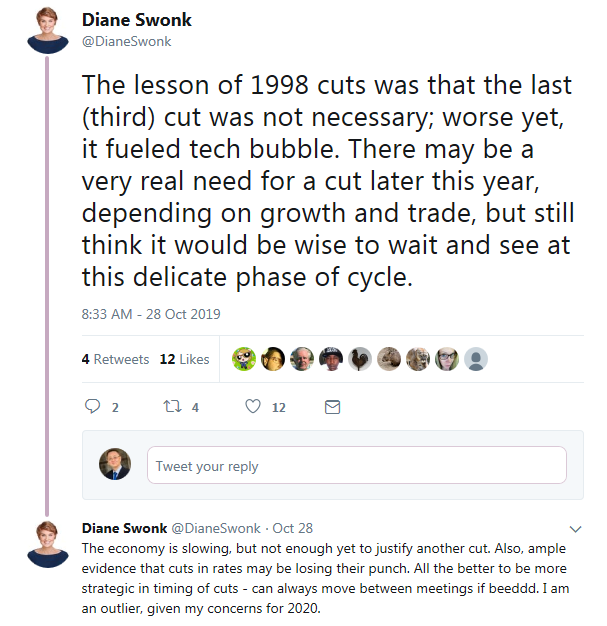 Josh Brown highlighted analysis from Jon Krinsky, who observed that the MSCI All-Country World ETF (ACWI) was breaking out to new recovery highs. 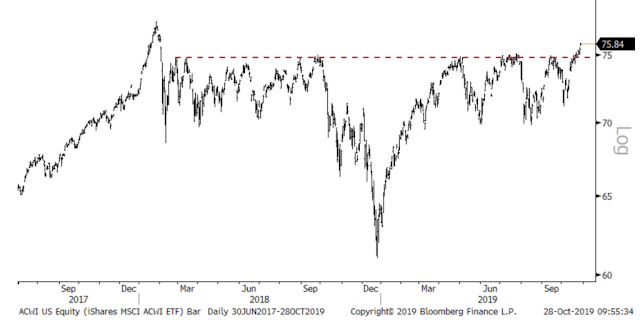 The tactical trading picture remains bullish. As of last night`s close, market internals are not overbought, and they have further room to run on the upside. 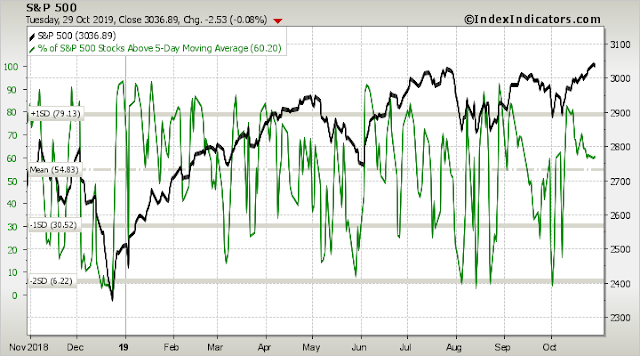 The combination of trade friendly headlines, an accommodative and vigilant Fed, and strong global market action argues for an intermediate term bullish equity bias. These conditions indicate that both the short and intermediate term path of least resistance for stock prices is up.