The long awaited W-shaped recovery? – Humble Student of the Markets

Mid-week market update: You can tell a lot about the short-term character of a market by the way it reacts to news. When the news of Gary Cohn’s resignation hit the tape after the close on Tuesday, ES futures cratered down over -1%. By the market closed Wednesday, SPX had traced out a bullish reversal after an early morning selloff and closed flat on the day.

Is that all the bears can do? 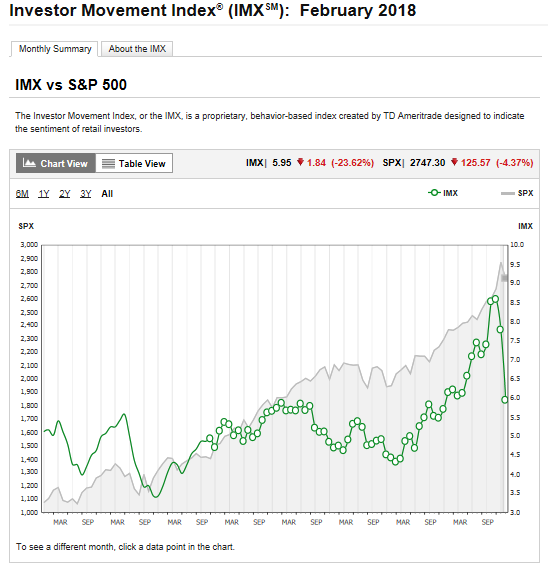 In addition, Schaeffer’s Research found that the first time since the 4-week moving average of new highs/lows fall below 1.0 tends to be bullish. 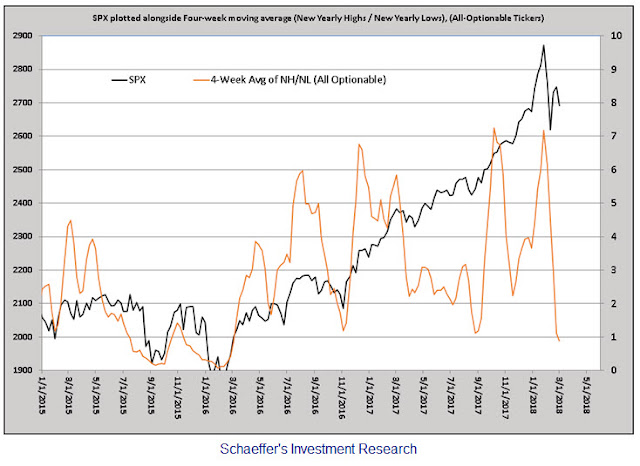 Though the sample size is not large (N=10) and the study window is relatively narrow (from 2010), past episodes have tended to resolve themselves bullishly. 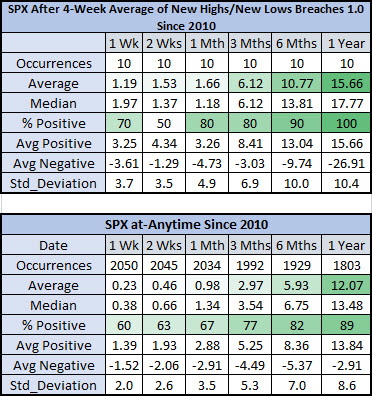 Despite the negative trade tension headlines, measures of risk appetite are still healthy, which is conducive to further equity price advances. 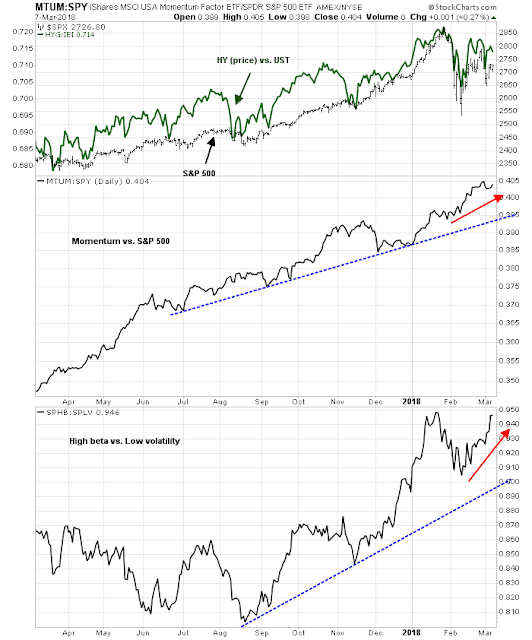 Putting it all together, none of this tells us much about how the market may react tomorrow or the day after. However, the intermediate term outlook favors a scenario where stock prices are move higher test the January highs in the coming weeks.

My inner trader remains bullishly positioned in anticipation of higher prices. He has some dry powder left so that if prices were to weaken, he is prepared to buy the dip.