As we approach the one-year anniversary of Donald Trump’s first year in office, I am seeing numerous commentaries assessing his first year in office (see FiveThirtyEight, The Economist and BBC) . About a year ago, I laid out my criteria for his success (see Forget politics! Here are the 5 key macro indicators of Trump’s political fortunes) using the criteria that Newt Gingrich specified in a New York Times interview:

As Trump has “kept America safe”, because, like it or not, mass shootings such as the one in Las Vegas doesn’t politically count as a terrorist incident. From a strictly economics viewpoint to judge whether he “created a lot of jobs”, I used the Bloomberg Intelligence economic criteria to judge Trump on his economic record.

Despite all of the outrage of the anti-Trumpers, Trump`s economic record has been quite good in the past year.

The hard evidence indicates that the economy performed very well in Trump’s first year. Here are the five economic metrics that I laid out in my past post.

The prime age labor force participation rate rose in the past year as more people re-entered the workforce. Give him an A for this. 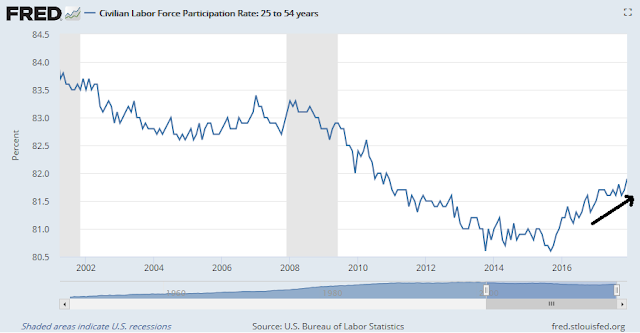 Similarly, Trump promised good jobs. Full time workers as % of the labor force is rising, which is also good news for the economy. Give him another A. 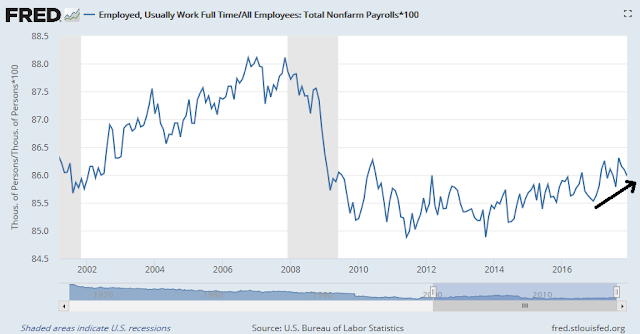 What about manufacturing jobs. The bad news for the Trump administration is manufacturing workers in the economy has been flat in the last year. The good news is they have been in secular decline, and the decline stopped in the last twelve months. Call it a C+. 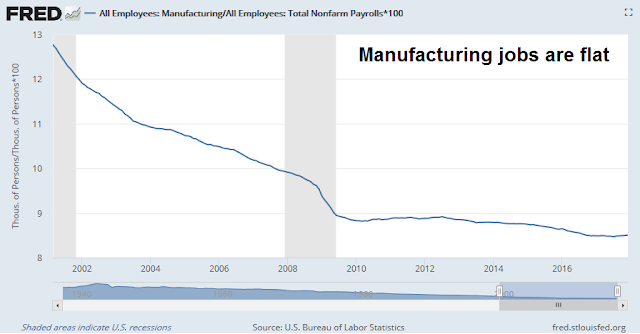 Here is another piece of good news. CapEx is edging upwards after several years of decline. Give him a B. 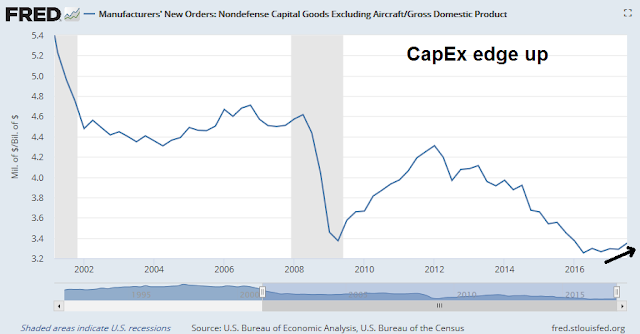 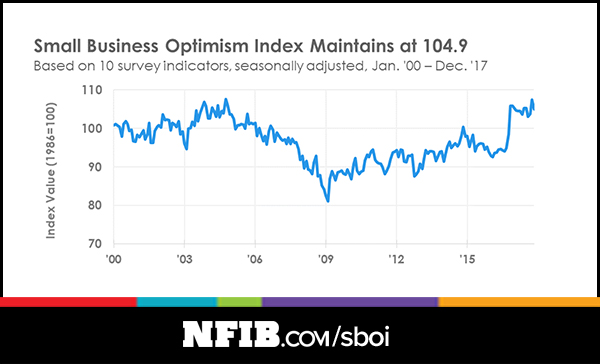 The NFIB reported that both expected and actual sales have surged… 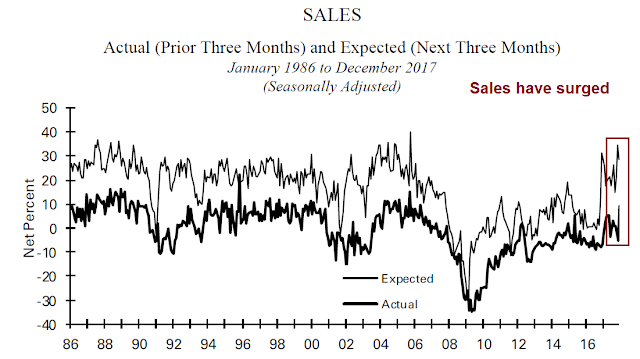 Though small business earnings have not followed suit. This could be attributable to a gap between expectations and actual results. 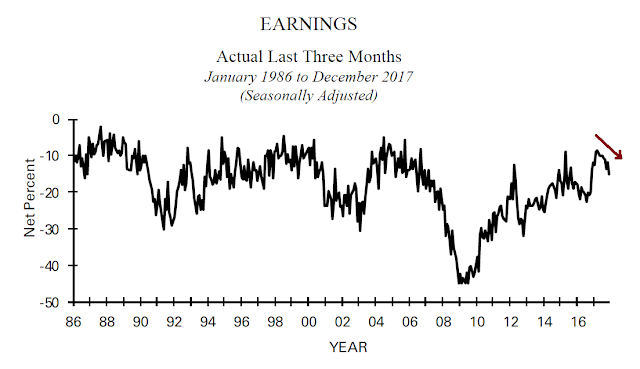 A similar pattern of rising optimism can be seen in the Gallup economic confidence index.

Give him an A- for “animal spirits”, with a caveat about possible disappointment in the future.

In conclusion, the Trump administration has earned a lot of A’s in its first year. Call it an A-.

Grading on a curve

To be sure, much of the surge in economic growth and rising stock prices can be attributed to a global growth revival. If we were to grade on a curve, US equities have underperformed the MSCI All-Country World Index since the inauguration. Their returns have been choppy and only slightly ahead of global stocks since the election, but down from Inauguration Day.

As well, the Gallup presidential approval ratings has fallen since the inauguration and they have been range bound between 35% and 40% since last summer, which is in the low of the historical range for presidents.

The bottom line is, based strictly on economic performance, the Trump administration has performed well on an absolute basis, though his approval rating remain mired in the low side of the historical range. I will update these figures later this year just before the midterm elections.