Do you believe in Santa Claus? – Humble Student of the Markets

Mid-week market update: You can tell a lot about market psychology by the way it reacts to events. News overnight of the victory by Democrat Doug Jones over the troubled Republican candidate Roy Moore in the Alabama senate race was judged to be market unfriendly, as it meant that the GOP would have its Senate majority shrink by one vote to 51-49. ES fell immediately, but eventually recovered to roughly even the next morning at 8:30 before the release of CPI.

The near term message from the market is “stock prices don’t want to go down”.

Rob Hanna of Quantifiable Edges observed that this week, which is December OpEx, is one of the most bullish weeks of the year. Moreover, positive seasonality extends past this Friday for another two weeks. 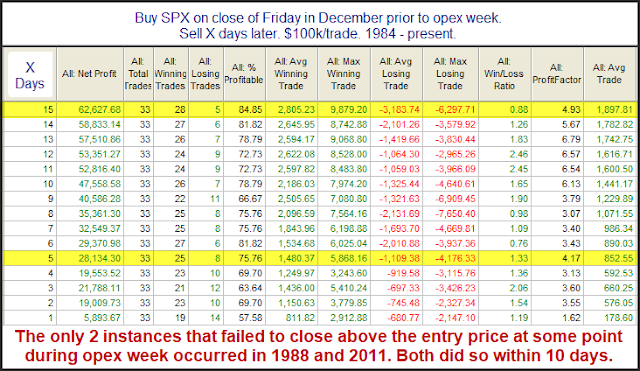 Do you believe in Santa Claus?

Even though traders have observed an upward bias stock prices at year end, the so-called “Santa Claus rally” is especially prominent among small cap issues at the end of the year. I went back to 1991 and calculated the average relative return of small vs. large cap stocks in December and January.

As the chart below shows, the relative performance of small cap stocks tend to bottom out about the end of this week. Historically, they run up until the start of the New Year, dip for about a week, and end January with a bang. The relative performance of small caps so far this year shows that they are hugging the lower one standard deviation band below the average, which makes their upside potential that much higher if they could even just get back to an average level. 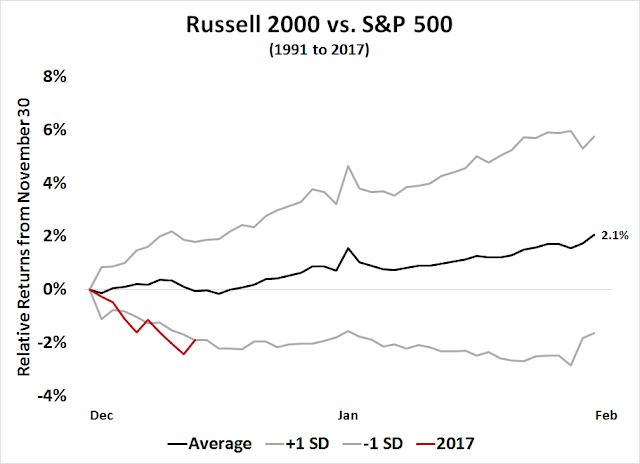 There is every reason to expect small caps to perform well. The latest reading of NFIB small business confidence stands at its second highest level in history, and momentum is strong. 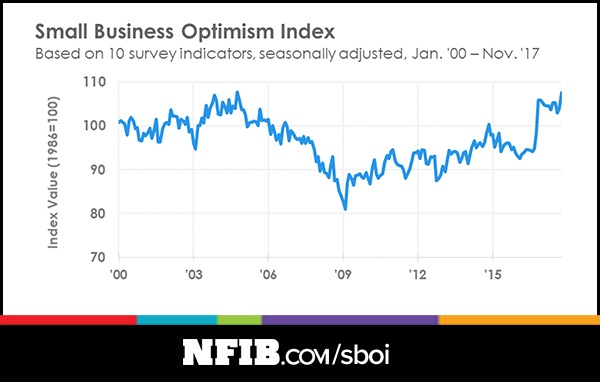 From a technical perspective, the Russell 2000 small cap index successfully tested a key support level last week, and staged an upside breakout through a downtrend today. In all likelihood, the index is headed for a test of the old highs. With the aid of the seasonal tailwinds, we will probably see fresh highs in the Russell 2000 in early January.

My inner trader is already long the NASDAQ 100. He is watching and he expects to opportunistically buy a long position in the Russell 2000 in the next few days. Yes, he believes in Santa Claus.

Disclosure: Long TQQQ, expected purchase of TNA in the next 2 days