Correction ahead – Humble Student of the Markets

Mid-week market update: Narrow trading ranges are often technical signs of sideways consolidation, followed by further upside. In this case, bulls are likely to be disappointed, as market internals point to a correction ahead. 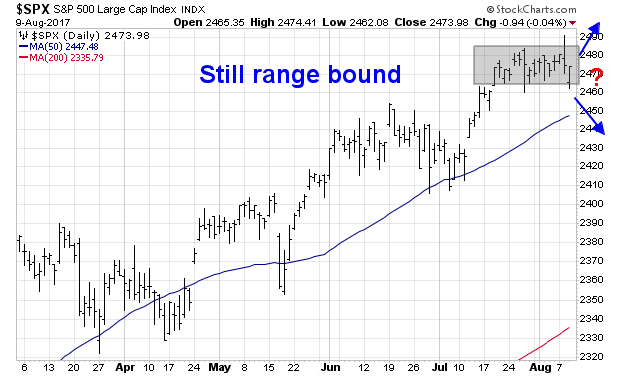 I am reiterating my tactically cautious view that has been in place for the last two weeks (see Curb your (bullish) enthusiasm) for the following reasons:

Trade Followers had pointed out over two weeks ago that the market was overbought based on the assessment of Twitter breadth by sector. Such conditions usually resolve themselves with market weakness. The latest observation shows that Twitter breadth continues to be overbought in all sectors. 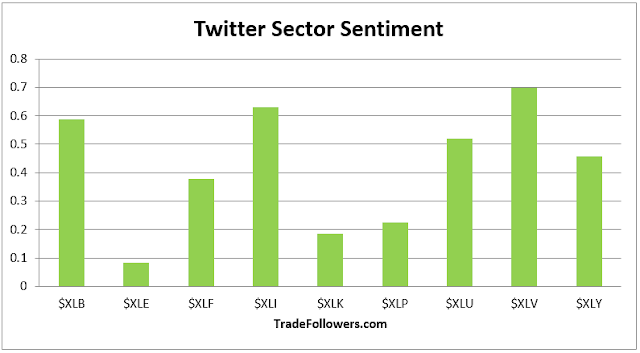 Three consecutive weeks of overbought sectors indicate an over-extended market ripe for a pullback. At a minimum, traders should not be pressing their long positions.

Another warning of near-term weakness comes from Ned Davis Research. If the history of aggregate seasonality is any guide, then the stock market may see a short-term top very soon. 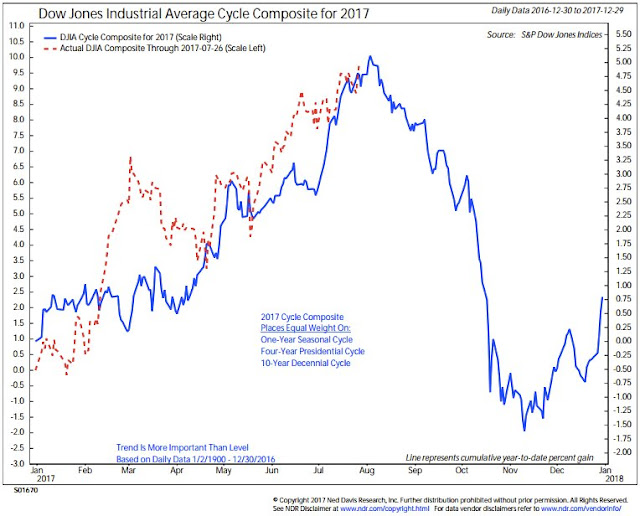 Breadth overbought and rolling over

The NYSE Common Stock only McClellan Summation Index is overbought, and it is rolling over. As any chartist knows, the combination of weakness after an overbought condition is generally interpreted as a sell signal. 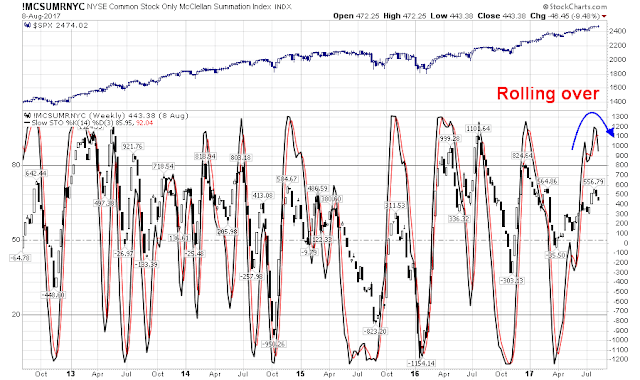 Negative momentum in Fear and Greed

Similarly, the Fear and Greed Index reached an overbought level (81) and it has been falling ever since. In the past, negative momentum has not been arrested until this index reaches a minimum level of 40. 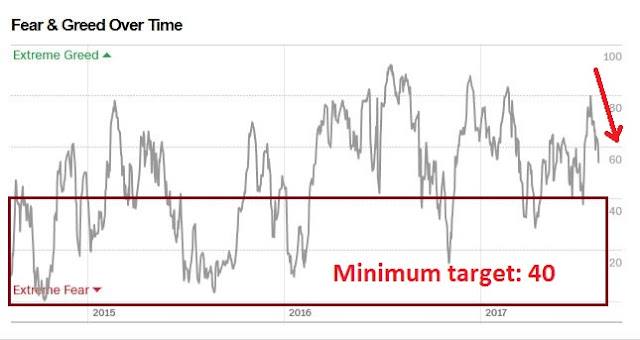 Waiting for the bearish trigger

In short, a number of disparate intermediate term technical indicators a signaling a period of equity price weakness. Chris Dieterich, writing in the WSJ, observed that while the VIX Index remains depressed, internals are signaling rising volatility. As the chart below shows, average single stock realized volatility is rising even as VIX remains flat. 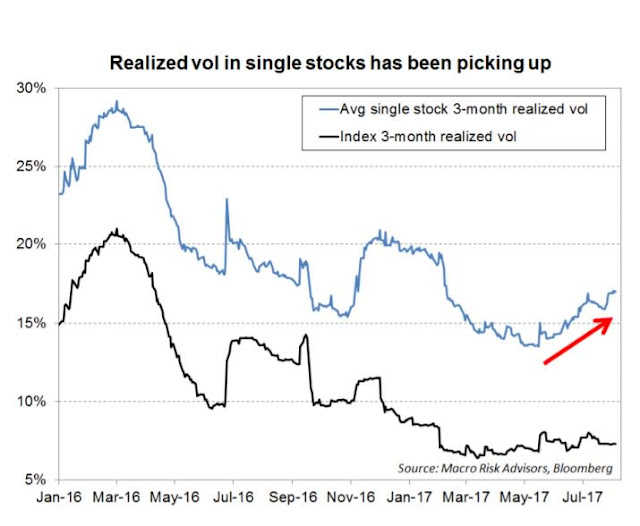 The failure of VIX to track rising realized individual stock volatility can be explained this way. The upward pressure higher individual stock vol can be offset by a diversification effect. If stocks, industries, and sectors do not move together, then lower correlation between stocks can serve to depress overall index volatility even as individual stock vol rises. In other words, the market has become a market of stocks, where individual issues move in response to their idiosyncratic fundamentals, instead of what happens to the sector or market.

However, should the market of stocks become a stock market, where all stocks move together, then investors should watch for heightened downside risk. Current technical conditions that indicate the market’s technical vulnerability to a correction is a setup for a triggering event that spikes fear, such as nascent fears about a war on the Korean peninsula. Such events tend to see asset correlations rise. At the extreme, correlation all goes to 1 and there is nowhere to hide.

In short, the market is technically vulnerable to an unknown bearish catalyst that will see fear rise and the market of stocks become a stock market. The trigger might even be trivial or totally nonsensical (see The Ebola correction? Oh PUH-LEEZ!). Nevertheless, traders should be aware of the asymmetric risk and reward that lie ahead.

1 thought on “Correction ahead”