A major bear market in 2016? – Humble Student of the Markets

As stock prices have recently weakened, I have received some comments regarding the start of a bear market in 2016. To put it into context, bear markets start for one of three major fundamental reasons:

Since the first two points are highly unlikely to cause a bear market in the near future, I will focus on the likelihood of a recession. My framework of analysis is examine the economies of the three major trade blocs in the world, namely the US, Europe and Greater China.
No sign of a US slowdown

For reference, I have set up a page called Recession Watch on the site for readers to monitor the risks of a US recession:

In addition, I also use Georg Vrba’s work as another way of watching for possible recessions on the horizon:

Right now, these indicators are showing not any signs of an imminent US recession in the 12 months.

Europe in recovery
The common perception of Europe is a region that is mired in a slow or no growth scenario for the foreseeable future. In reality, the eurozone is starting to see growth tailwinds after years of struggling with austerity. Consider the chart below showing the Eurozone Purchasing Manager Index (PMI) to be rising smartly, as is GDP growth. 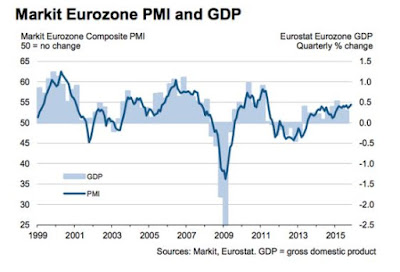 Jeroen Blokland also helpfully pointed out that the harsh austerity programs of EU states are ending, which ends the fiscal drag imposed on economic growth: 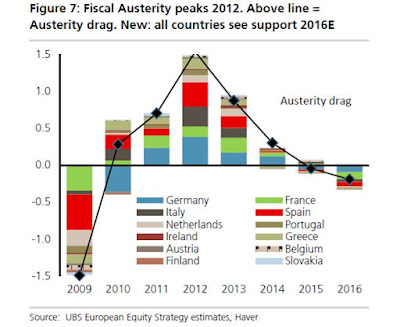 The persistently high influx of asylum seekers has seen economic optimism fall further, and has also had a detrimental effect on the income expectations indicator, which has also experienced losses. In contrast, the propensity to consume is currently bucking this trend and, despite the general economic downturn, actually increased this month.

Despite the falling economic and income expectations recorded in November, the willingness to buy indicator increased this month. After five very moderate drops in succession, the indicator has risen by 3 points to a total of 48.9 points. This extremely high level provides evidence that the propensity to consume is still very pronounced despite the economic uncertainty. This is also proven, for example, by the particularly positive development of retail sales, which, according to data from the German Federal Statistical Office, rose by 2.7 percent in the first nine months of this year.

Further in the FT Alphaville post is an estimate from Morgan Stanley indicating that the refugee crisis could boost German GDP growth by between 0.25 and 0.50% as government support for refugees translate into a direct shot in the arm for the consumer economy.

There is even good news from Greece. The Tsipras government in Greece has enacted tough reform-for-aid measures. In July, I speculated that Alexis Tsipras could become the Greek Lula. It appears that he is well down that path as Greece begins to heal while remaining in the eurozone.

What about China?
China has been an enigma to outsiders, largely because of the lack of transparency in policy and economic statistics. As the rate of Chinese growth has fallen, it has prompted periodic forecasts of an implosion, either in the Chinese economy or financial system.

While I would not rule out such a catastrophic scenario, such a downturn is unlikely to happen in the near future. The outlook for 1H 2016 appears bright. As per Tom Orlik, the Bloomberg growth proxy for China is ticking up: The latest economic releases (via Reuters at Business Insider) show that factory output, fixed-asset investment and retail sales all accelerated and beat expectations. Looking forward, Tom Orlik highlighted the fact that Chinese growth is likely to be buoyed by more fiscal stimulus in 1H 2016.

The Chinese growth story may very well end badly one day, but that day isn’t going to come in the next 6-12 months.

A bear market someday
In conclusion, a review of the economies of the three major trade blocs show no signs of imminent recessionary risk. Therefore I would not be overly concerned about the start of a bear market. This does not mean, however, that stock prices cannot experience a run of the mill 10% correction, nor does it mean that they can’t go sideways – just that they are unlikely to go down in a major fashion.

No doubt, there will be a bear market someday. In the meantime, don`t worry so much (and stop reading so much Zero Hedge). 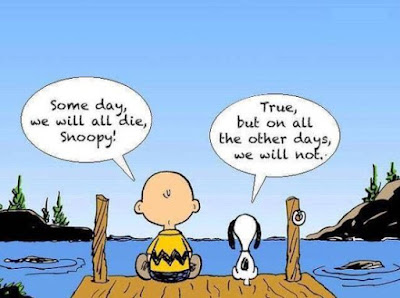 In a future post, I will detail the reasons why the next recession could be a real doozy.