As we approach Q3 earnings season, the Street cut the bottom-up S&P 500 forward 12-month EPS estimates by an estimated -0.41% as recession anxiety begins to rise. The good news is the market is trading at a forward P/E of 15.8, which is below its 5- and 10-year averages. 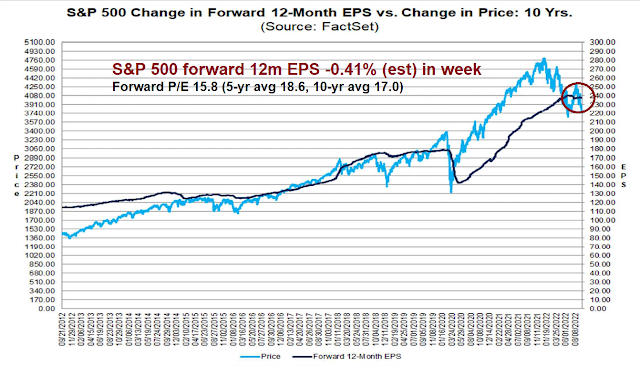 In light of the heightened recession risk, what’s an appropriate valuation for the S&P 500? What’s the downside risk from here?

Forward P/E ratios don’t exist in a vacuum. Stocks have to compete with other asset classes, such as risk-free Treasuries, for investment funds. With that in mind, I went back to 1995 and looked at the last time the 10-year Treasury yield traded at the current levels.
There were two periods when the 10-year Treasury was trading at similar yield levels. The first was 2002-2003 when the market bottomed, and 2007-2011, which was the period just before and after the GFC. There are some key differences. The 2002-2003 episode was during a period when yields were falling, while the GFC episode featured yield volatility. Yields are rising today.
Nevertheless, we can see that the S&P 500 forward P/E ratio traded in a range of 15-17 during the 2002-2003 period and 13-15 during GFC, if we exclude the panicked valuation during the 2008-2009 bottom. 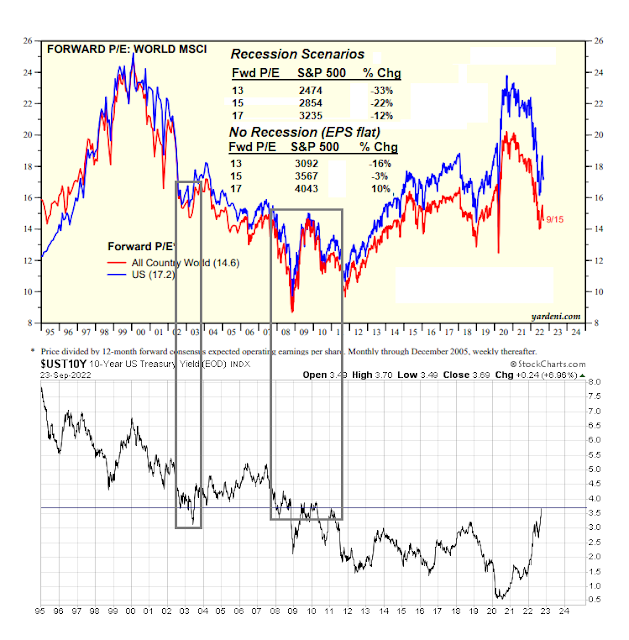 Here is where we stand today. FactSet reported that the S&P 500 forward P/E as of last Thursday’s close was 15.8, or a forward 12-month EPS of 237.85. Negative earnings growth varies considerably during recessions. The average decline since 2001 is -22%, which is a slightly optimistic estimate since the sample includes 2007, which was just the start of the recession, and 2015, which was a growth recession. 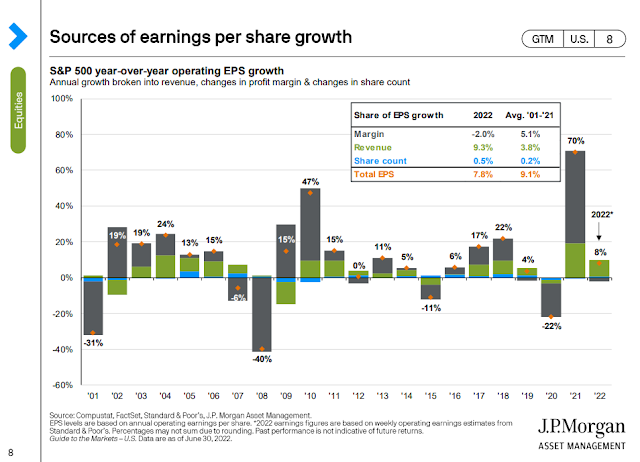 If we pencil in a -20% decline in forward EPS estimates and apply the 15-17 2002-2003 multiple range to the S&P 500, we get a downside potential of 12% to 22% from Friday night’s closing prices. Applying the 13-15 multiple range of the GFC experience, the downside potential is 22% to 33%.
What if there is no recession? Assuming that earnings estimates don’t change, the range is a downside potential of -16% and upside potential of 10%.
In conclusion, rising yields are putting pressure on S&P 500 valuations. If investors were to assume an average recession, the downside potential could be as high as 33% from current levels and a peak-to-trough range of -33% to -48%, which would take the S&P 500 to either the top of the pre-pandemic peak or the levels of the 2018 Christmas Eve panic. On the other hand, the market is roughly fairly valued if the economy were to sidestep a downturn.