A buying opportunity for Chinese stocks? – Humble Student of the Markets

I had a number of bullish comments on China in the wake of my last post (see How worried should you be about China?). Jeroen Blokland pointed out that the market is discounting a lot of weakness in the Chinese economy.

On the other hand, Caterpillar shares cratered today on jitters of a China slowdown. This brings up the question, “Are Chinese stocks a contrarian buy opportunity?”

Indeed, there is valuation support for Chinese stocks. Callum Thomas highlighted the low P/E ratios of the China A-Share market. Historically, such valuations have been good low-risk entry points. 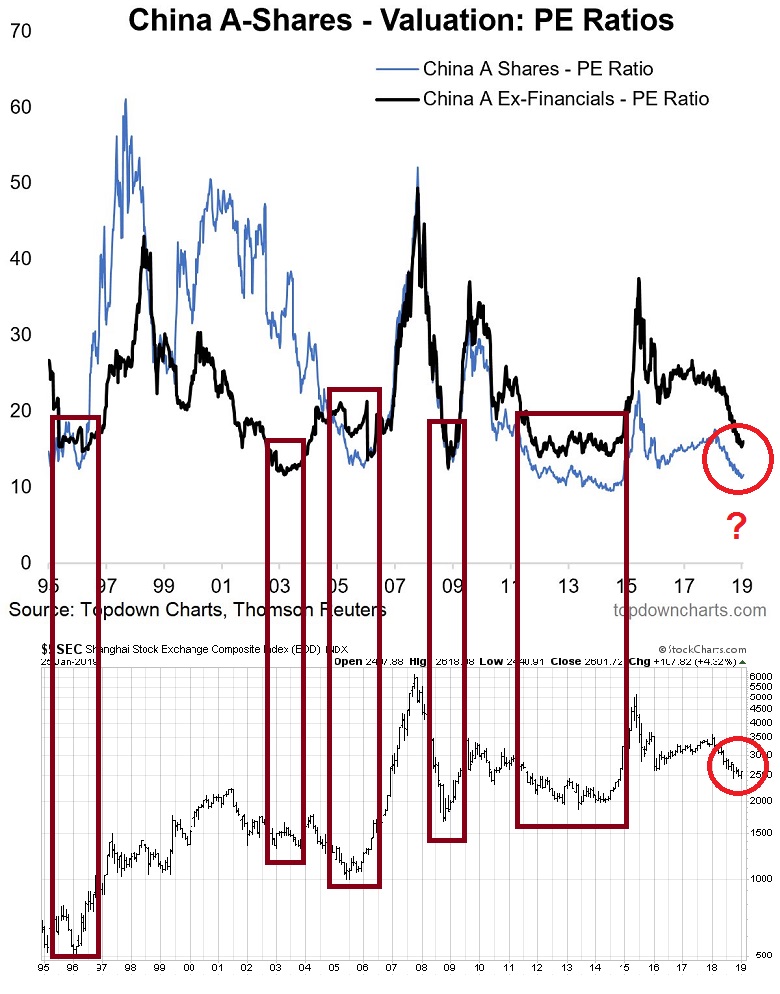 Another reader (thank you, Ken) pointed out that the OECD leading economic indicators are bottoming for China, while they are still falling for the US and eurozone. These are signals that worst of the slowdown in China has already been seen. 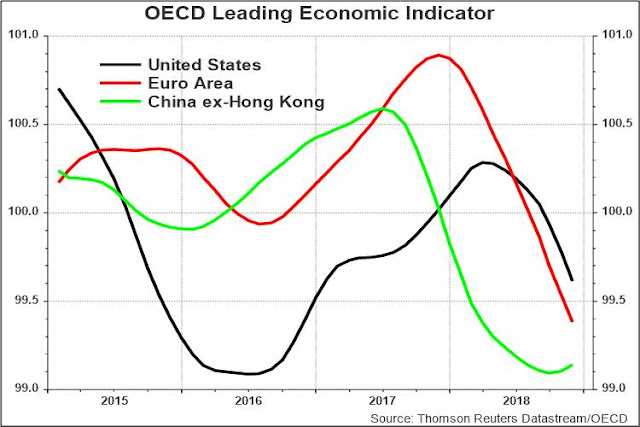 I also outlined my tactical view of China was “Apocalypse Not Yet” (see How worried should you be about China?). The latest stimulus package is likely going to buy them another 2-3 quarters of growth, and my base case scenario calls for a trade agreement to be made:

My base case scenario is no crash in 2019. The limited stimulus package announced by Beijing will have some effect, and it will likely buy the country another two or three quarters of growth. At the same time, China is desperate to reach a trade agreement with the US.

The Trump administration has also shown that it is highly sensitive to stock market movement, and it is also eager to reach an agreement. As one simple example, after stock prices weakened on Tuesday, January 22, National Economic Council director Larry Kudlow appeared on CNBC to sooth markets and deny reports that a planned meeting between Chinese and American negotiators had been canceled. This is a signal that American negotiators are sensitive to pressure from Wall Street to make an agreement.

Expect difficult negotiations to last right up to the March 1 deadline, but a limited deal to be signed. But that will not be the end of the story. The next battle will be over review, enforcement, and verification of reform initiatives.

However, expect trade tensions to rise again in 2020:

The fundamental nature of the Sino-American relationship is changing. Years of negotiation with past administrations have led to a sense of promise fatigue from both sides of the aisle. A consensus is emerging that China is becoming a strategic competitor. Cold War 2.0 has begun, and 2020 will be a difficult year for US-China relations as aspiring candidates will try to show how tough they are on China.

In conclusion, current levels present a relatively low-risk entry point into Chinese equities. The outlook should be positive until late 2019, but don’t overstay the party.