It has been 10 years since the Lehman bankruptcy, which became the trigger for the Great Financial Crisis (GFC). The financial press has been full of retrospective stories of what happened, and discussions from key players.

The GFC was an enormous shock to investor confidence. Ever since that event, many investors have been living with the fear that another tail-risk shock to their portfolios, and they have searched for warning signs that another financial crisis is around the corner. 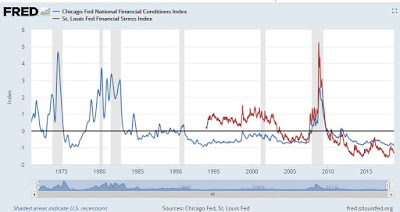 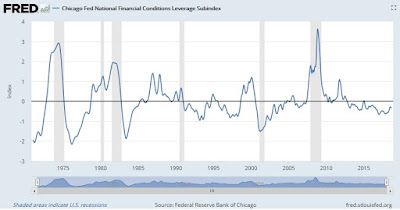 For investors and traders who demand real-time results, there may be even a better way. 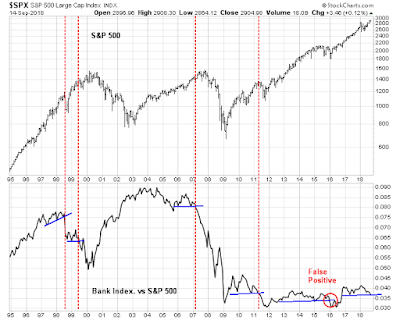 The BKX/SPX ratio provides a real-time warning of rising financial stress, as well as major bear markets. Right now, the ratio is testing a key relative support level, which, if breached, could be the warning of a major equity market top.

The 2-10 yield curve is also an indicator that tracks the BKX/SPX ratio quite closely. The relationship isn’t a perfect fit. For example, the two diverged in late 2017 when financial stocks surged in anticipation of the tax cut bill. Nevertheless, past instances of BKX/SPX technical breakdowns have coincided with yield curve inversions. The false positive breakdown BKX/SPX occurred when the yield curve was still healthy and positively sloping by over 1%. 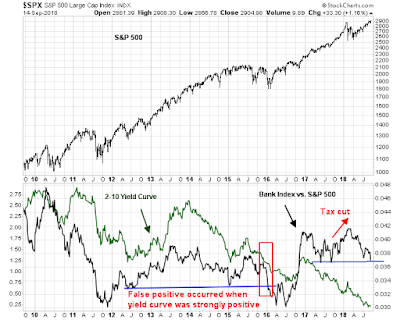 While the yield curve is not currently inverted, it has been steadily flattening for most of this year. Financial and bank stocks have also been underperforming the market in the same period. Should the Fed continue its course of tightening monetary policy, the yield curve is likely to invert by late 2018 or early 2019. The BKX/SPX ratio may suffer a technical breakdown before that.

Are financial risks high today and the red lights flashing? No, definitely not, but this indicator is starting to flicker red.