There has been a lot of excitement over a possible breakthrough on NAFTA based on a handshake agreement between the United States and Mexico. The White House has also positioned the deal as a take-it-or-leave-it offer to Canada to join the agreement by Friday, which has also raised the anticipation level on the prospect that trade tensions are going to ease.

However, I would characterize the US-Mexico deal as a useful step towards a comprehensive NAFTA agreement, but the characterization that a deal as imminent is a high risk strategy for Trump that may backfire on him. 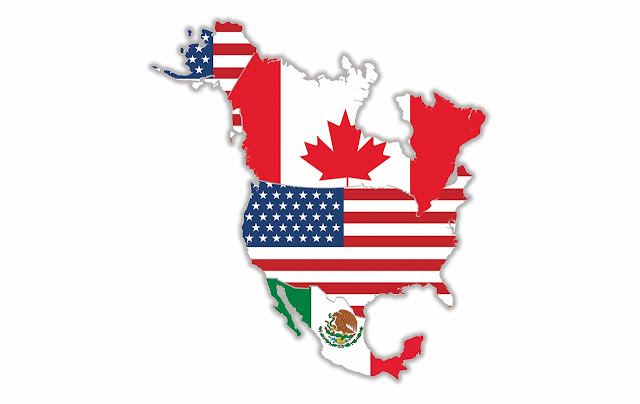 Here are the main risks to a comprehensive agreement.

Trump does not have the authority to negotiate a bilateral deal with Mexico, and therefore he cannot just unilaterally cut Canada out of a revised NAFTA deal.

The negotiation over a revised NAFTA treaty was done under fast track authority, which is explained this way:

The Constitution gives Congress exclusive authority to set tariffs and enact other legislation governing international trade. The President has the Constitutional authority to negotiate international agreements. If the President negotiates a trade agreement that requires changes in U.S. tariffs or in other domestic laws, that trade agreement’s implementing legislation must be submitted to Congress — or the President must have Congress’ advance approval of such changes.

Fast track is an expedited procedure for Congressional consideration of trade agreements. It requires Congress to vote on an agreement without reopening any of its provisions, while retaining the ultimate power of voting it up or down. The three essential features of any fast track authority are:

(1) extensive consultations and coordination with Congress throughout the process;
(2) a vote on implementing legislation within a fixed period of time; and
(3) an up or down vote, with no amendments.

Ultimately, fast track gives the President credibility to negotiate tough trade deals, while ensuring Congress a central role before, during and after negotiations. The authority puts America in a strong position to negotiate major trade agreements and maintains a partnership between the President and Congress that has worked for more than 20 years.

In contrast to the White House’s messaging of a possible bilateral agreement, Mexican President Enrique Pena Nieto was far more cautious in characterizing any possible deal as a three-way agreement between the Canada, the US, and Mexico.

What are the issues facing the negotiations with Canada?

As with any negotiation, presenting a third partner with an interim agreement is problematical for a number of reasons. First, Canadian Foreign Affairs Minister Chrystia Freeland expressed optimistic noises about a possible three-way agreement, her team had not even received the text of the deal until Wednesday, and therefore there is little time to react. There may be some parts of the US-Mexico agreement that have unforeseen effects that neither American nor Mexican negotiators may not have considered.

The Washington Post has outlined the three major hurdles for Canada to join an agreement:

1. Dairy. “There’s a word Canada has trouble with. It’s M-I-L-K,” Larry Kudlow, Trump’s top economic adviser, said Tuesday on “Fox & Friends.” Canada keeps milk prices high by using supply management, a system that restricts how much milk is sold in Canada and how much foreign milk can come into the country. Canada has done this for 50 years, and it’s beloved in some parts of the country because Canadian dairy farmers enjoy high and steady incomes. But it has prevented U.S. producers from selling much milk (or cheese) to Canada, since any dairy products that aren’t part of the supply management quota are socked with tariffs of 200 percent to 300 percent.

On the flip side, Canada accuses the United States of giving massive subsidies to dairy (one study claims 73 percent of U.S. dairy farmer returns came from support programs, although U.S. producers argue they mainly get insurance payments from the government when prices are low).

Canada has struck a compromise with other trading partners, including Europe, to allow foreign producers to have a bigger share of sales in Canada. That could work for the NAFTA update, trade experts say, but Trump is fixated on getting the tariffs down. (Dairy was excluded from the original NAFTA deal that removed tariffs on most other items moving across the border.)

2. Dispute resolution. Known as “Chapter 19,” this original NAFTA provision allows one country to challenge another country over tariffs or dumping cheap goods below market value. It’s basically a fast-track version of going to the World Trade Organization and complaining about unfair trading practices. Instead of waiting years for a WTO case (or U.S. court case), a NAFTA Chapter 19 board decides quickly.

The United States would love to rip that chapter out, but Canada wants to save it. Two sources familiar with the trade deliberations, who spoke on the condition of anonymity since discussions are ongoing, said this is the thorniest issue. The Canadian government has been using Chapter 19 to go after the Trump administration, and Trudeau has wide support across the aisle in his country to keep Chapter 19 intact, but Trump wants greater ability to use protectionist measures when he thinks U.S. workers and firms are being harmed.

This issue goes hand-in-hand with Chapter 11, known as investor-state dispute settlement. Chapter 11 gives companies a mechanism to sue foreign governments for changing rules on them and hurting their profits. The United States and Mexico struck a compromise on this: It will still apply in full to some industries, especially energy, where companies are worried that the new Mexican government might tear up their government drilling contracts, but it will be lessened for other industries. It’s unclear what Canada will do on Chapter 11; Trudeau and his team have spoken far more fervently about protecting Chapter 19.

3. Trump’s tariffs on steel, aluminum and possibly cars. The bad blood over trade really started when Trump put tariffs on Canadian steel and aluminum, arguing that Canadian metals are a “national security threat” to the United States. Trump used a law, known as Section 232, that has rarely been used since NAFTA was created. Trudeau blasted the 232 tariffs as “insulting” and nonsensical, citing the two countries’ longtime alliance and generally balanced trade.

Canada wants the steel and aluminum tariffs removed if a new NAFTA deal passes. Even more important, the Canadians don’t want Trump turning around in a few months and hitting Canada with tariffs on autos, a massive industry for the Canadians. So far, the Trump administration is hesitant to agree. A senior White House official said the 232 negotiations are “on their own track separate from NAFTA.”

Trump wants options to hit harder later on, and his administration has argued the United States should have a right to protect itself, although many trade experts find it hard to justify that bringing SUVs in from Canada is a national security threat.

What are the chances that these issues will be resolved in just a few days?

What does Trump have to do to make good on his threats to cut out Canada?

Trump has threatened to impose a 25% tariff on autos if Canada does not sign on the dotted line by the Friday deadline. Consider what he would have to do to make good that threat.

He could declare Canadian autos a “national security threat” under Section 232. Implementing such a measure will not be easy in this era of global supply chains where auto parts move back and forth freely on the Ambassador Bridge between Detroit and Windsor. How do you define a “Canadian car”?

Remember how difficult it was to implement Trump’s travel ban when he first moved into the White House?

A more formal and heavy-handed way to retaliate against perceived Canadian intransigence is to withdraw from NAFTA. Here is how the process would work. 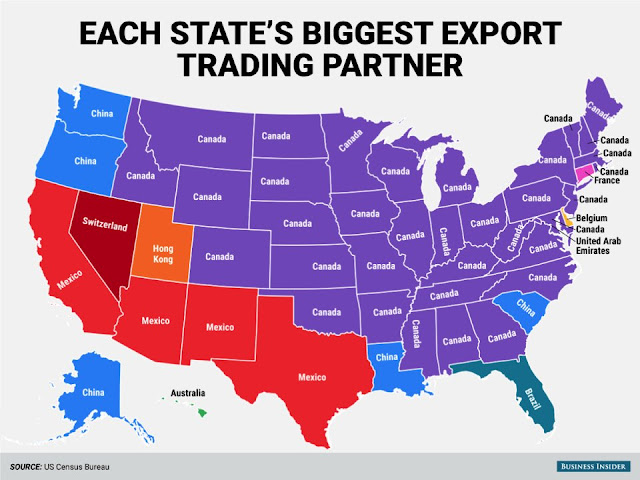 What will Trudeau do?

Canada’s Globe and Mail reported that Prime Minister Justin Trudeau stated that he won’t be rushed into a deal:

“I’ve said from the beginning no NAFTA deal is better than a bad NAFTA deal. And we are going to remain firm on that principle because Canadians expect us to stand up for them.”

Donald Trump is tremendously unpopular in Canada, and Trudeau may calculate that he could play the Captain Canada role by resisting American pressure, despite the risks of tariff retaliation.

There is one final possibility for all sides to declare a victory and go home. Canada’s National Post reported that the Friday deadline may not be an actual hard deadline and everyone could agree to keep negotiating:

Outside experts say the American law governing how Congress approves trade deals, the oft-cited reason for the time crunch permits much more flexibility. Talks with Canadian negotiators could actually continue into late September, while still enabling Mexico’s outgoing president to sign the accord before Dec. 1, considered a crucial objective, they say…

The U.S. Trade Promotion Authority (TPA) requires the White House to give Congress 90 days’ notice that it plans to sign a trade deal. On its own, that would make Saturday the deadline for concluding things. The White House has said it would give notice Friday.

But the TPA also says the final text of the deal doesn’t have to be released until 60 days before signing.

That means Canada could have as much as another 30 days to hammer out its part in the agreement, trade experts say.

Given all the hurdles, it is hard to see that negotiators could come to an agreement by the Friday deadline, and dot all the i’s and cross all the t’s, even if there was an earnest intentions on all sides.

How this all plays out, I have no idea. But there are considerable risks to the Trump NAFTA gambit. Don’t get so excited and be prepared for more twists and turns.

4 thoughts on “The risks to Trump’s NAFTA gambit”