A recent comment by Michael Mauboussin of Credit Suisse that nailed the dilemma of active managers, namely that using traditional approaches to alpha generation is akin to mining lower and lower grade ore:

Exhibit 1 shows that the standard deviation of excess returns has trended lower for U.S. large capitalization mutual funds over the past five decades. The exhibit shows the five-year, rolling standard deviation of excess returns for all funds that existed at that time. This also fits with the story of declining variance in skill along with steady variance in luck. These analyses introduce the possibility that the aggregate amount of available alpha—a measure of risk-adjusted excess returns—has been shrinking over time as investors have become more skillful. Investing is a zero- sum game in the sense that one investor’s outperformance of a benchmark must match another investor’s underperformance. Add in the fact that in aggregate investors earn a rate of return less than that of the market as a consequence of fees, and the challenge for active managers becomes clear. 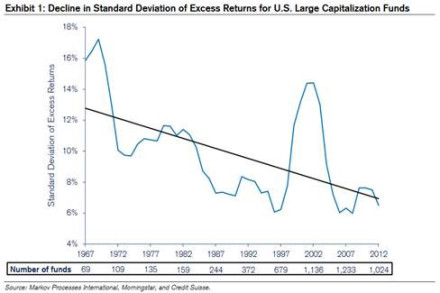 I got into quantitative investing back in the 1980`s when ideas and models were fresh and plentiful. Today, factor investing has become increasingly mainstream, and so-called “smart beta” may have exceeded their best before date.

A market study by State Street Global Advisors tells the story. In this era of a shift towards passive investing, smart beta strategies have become more popular as a substitute for many investors. In the space of a year, the number of SSgA survey respondents who plan to use “smart beta” strategies surged from 25% to 68%.

Today, the barriers to entry to factor based investing has disappeared. Investment technology has become so ubiquitous that virtually anyone could come up with a smart beta strategy. Bloomberg documented how Dani Burger created a factor which returned an astounding 849,751% return:

This is the story of the time I designed my own factor fund as a way of learning about one of Wall Street’s hottest trends — and its pitfalls. There are already ETFs that focus on themes, such as “biblically responsible” companies or ones popular with millennials. Quants have hundreds of style tilts, and their exploding popularity has created a gold rush for creators. I wanted in.

I notified Andrew Ang, head of factor investing strategies at BlackRock Inc. Everything in my program was by the book, I assured him. It was rules-based, equal-weighted and premised on a simple story — that people love cats.

How did she create her factor?

My model buys any U.S. company with “cat” in it, like CATerpillar, or when “communiCATion” is in the name. It rebalances quarterly to keep trading costs low. That’s important for when Vanguard or BlackRock license it and charge a competitively low fee. 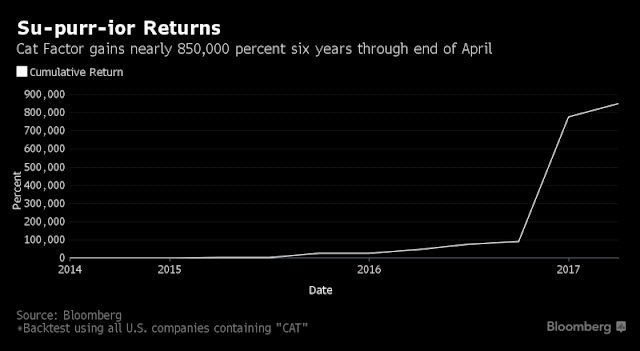 Of course, the first iteration of buying stocks that began with “Cat” didn’t work very well, so she tweaked the results, again, and again. 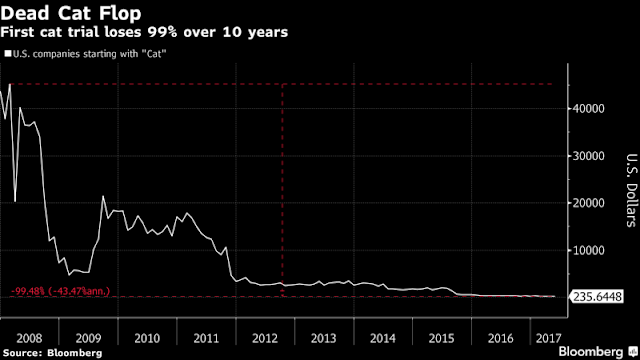 She eventually got it right, and got astounding returns to her factor that we see today. While the exercise was tongue in cheek, it does illustrate the point that there are many, many quantitative researchers testing a zillion factors that sound good, but suffer from a case of torturing the data until it talks. Burger got the last word from Cliff Asness of AQR:

Like any enterprising quant, I decided to get another opinion. For this, I conferred with Cliff Asness, founder of AQR Capital Management and a pioneer of factor investing.

“Everything you can sort on can be a factor, but not all factors are interesting. Factors need some economics, theory or intuition even, to be at all interesting to us. Thus the cat factor fails as we have no story for why it should matter at all,” Asness said. “Now, in contrast, we are active traders of the dog and parakeet factors, which are based on hard neo-classical economics married to behavioral finance and machine learning. But the cat factor is just silly.”

The perils of data mining

The combination of a surge in the popularity of smart beta funds and the problems of factor backtesting is indicative of a crowded trade in many bottom-up quantitative factor strategies. Good quant factors need pass several tests: 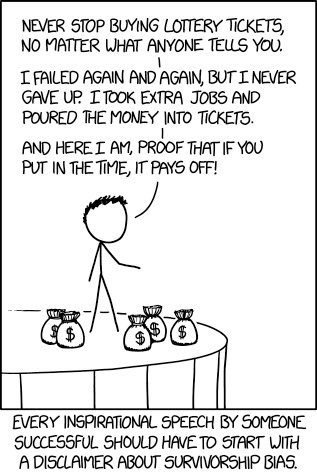