I hope that you are enjoying the stock market rally this week. My inner trader covered his short positions last week and stepped aside to await a better short re-entry point. St. Patrick’s Day may be it.

Ryan Detrick pointed out that St. Patrick’s Day is one of the most positive days of the year, though as of the time of this writing, the market has been flat. As well, Rob Hanna at Quantifiable Edges highlighted March option expiry week (OpEx) is one of the most consistently bullish OpEx weeks of the year. As I will show later, OpEx+1 week tends to mean revert and see market weakness.

The latest readings from Index Indicators show that the market is rolling over after flashing a short-term overbought reading. 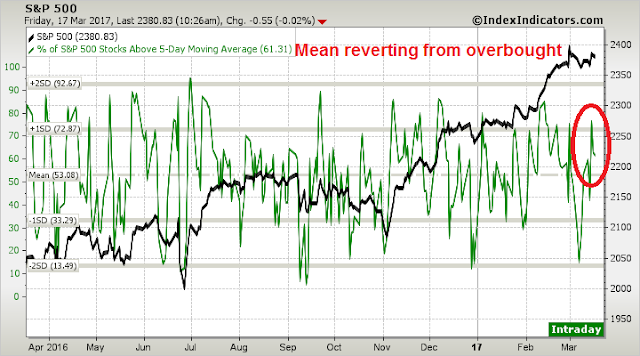 In addition, a number of broad based indices had violated their uptrends, which is setting up the market up for a period of correction or consolidation. 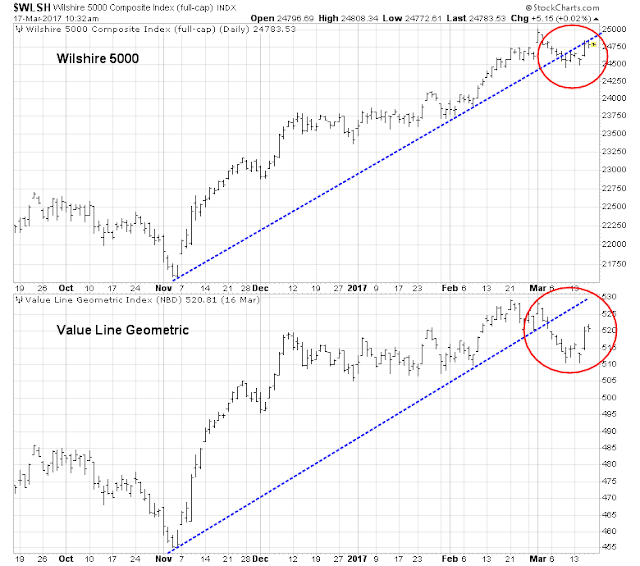 Risk appetite, as measured by the junk bond market, is flashing a minor negative divergence.

When I put these conditions together with my own study of OpEx week, it adds up to a tactical sell signal on the stock market.

While I am indebted to Rob Hanna for his studies of OpEx week, I decided to go further and see how the market behaved during OpEx week and afterwards. I have always been a little wary of these calendar studies, there are well known reasons for unusual market activity during the week. Market players often try to “pin” indices to certain levels in order to their advantage, so that either their long positions are in the money, or their short positions expire worthless.

The table below shows the behavior of the market during different OpEx weeks during the year. Based on this data, I can make the following observations:

For a different perspective, here is a chart of the median returns by month. It tells the same story of the outsized mean reversion return characteristics in March and September. 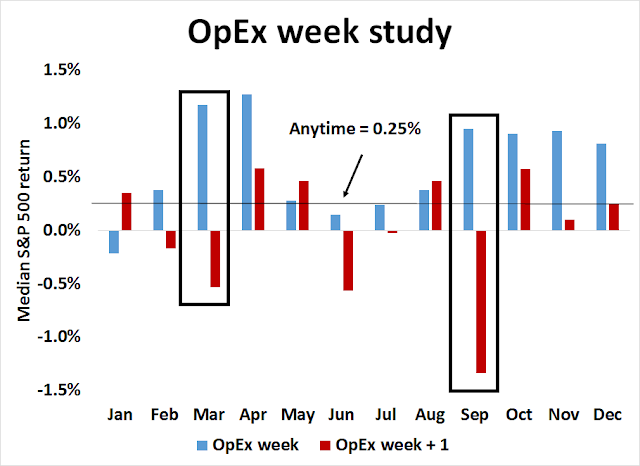 And a chart of % positive by month. 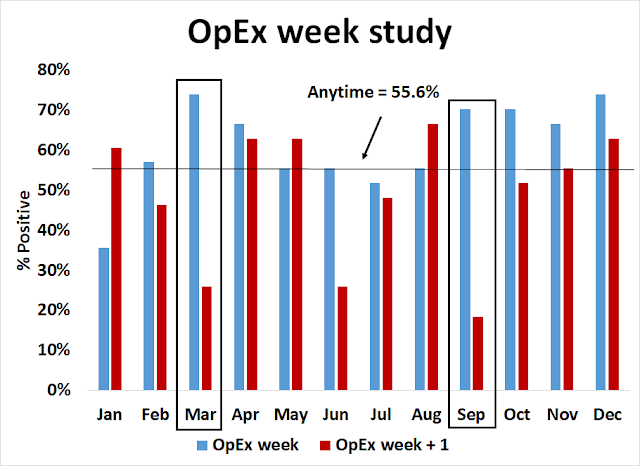 Today is the last day of March OpEx, and the week has been positive for stocks. I went further and asked the question, “What are the returns of OpEx+1 week when OpEx week was positive?” As it turns out, OpEx+1 week returns are worse than all OpEx+1 weeks when OpEx week is negative. 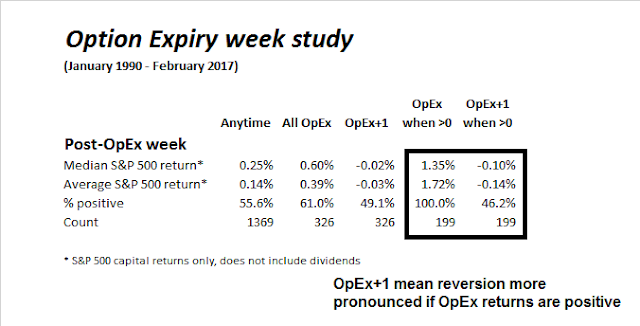 Here is equity curve chart for March OpEx, OpEx+1, and a long/short strategy of buying OpEx and shorting OpEx+1. 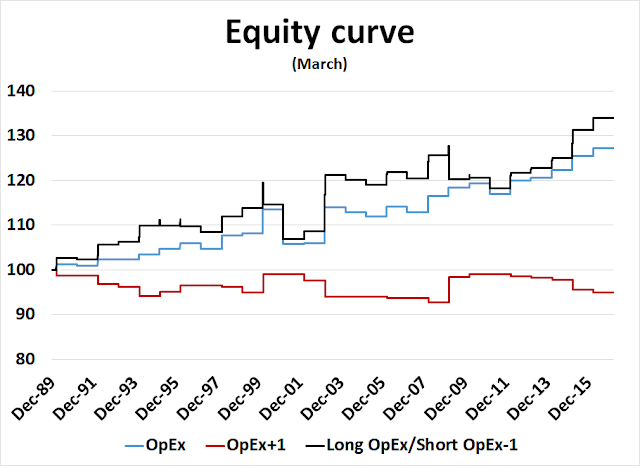 Based on all of the aforementioned factors, the market is poised for some short-term weakness of unknown magnitude. My inner trade therefore re-entered his short positions today.