The bad news just doesn’t stop coming for oil. It all began when Saudi Arabia had turned on the production spigots to counter growing production from American frackers, and now it has to contend with the geopolitical dimensions of the growing power of Russia and Iran in the Middle East. The calls are growing for $20 oil and even $10 oil as there seems to be no prospects of an end to the oversupplied market.

For some long-term perspective, keep in mind this chart from of supply and demand from Jeff Gundlach (via Business Insider). While it is true that there is a significant gap between supply and demand right now, demand has steadily risen and that excess supply will eventually get absorbed: 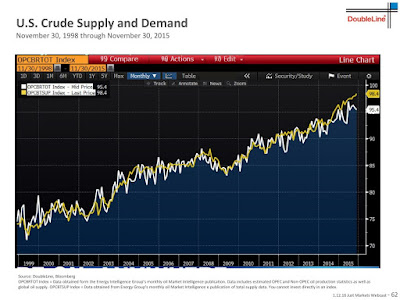 What about China? Could a slowdown in China put a brake on oil demand? Gundlach had an answer for this as well. The chart below depicts the Chinese share of global commodity demand. You would be much more worried about Chinese demand if you were a producer of iron ore or thermal coal than an oil producer: 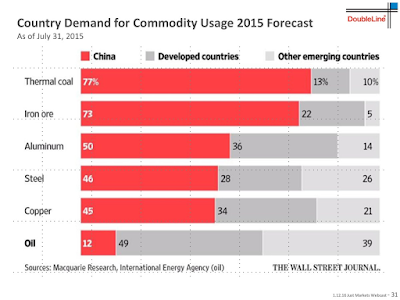 As well, why is the gold to oil ratio show oil to be so cheap relative to gold in a multi-decade time frame (via Scott Grannis)? 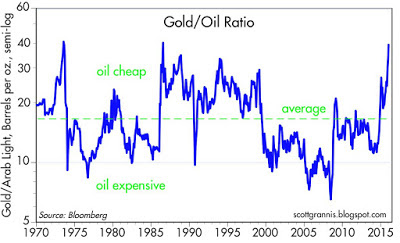 We may be approaching a generational low for oil prices and energy stocks. These kinds of events will be easy to identify in retrospect, but investors may be gripped by either fear (oil) or greed (Tech Bubble top) at the moment.

In 10 years, some of us will look back at this moment and say, “I should have seen it!” Bloomberg reported that the price on certain grades of oil had actually gone negative:

Oil is so plentiful and cheap in the U.S. that at least one buyer says it would pay almost nothing to take a certain type of low-quality crude.

Flint Hills Resources LLC, the refining arm of billionaire brothers Charles and David Koch’s industrial empire, said it offered to pay $1.50 a barrel Friday for North Dakota Sour, a high-sulfur grade of crude, according to a corrected list of prices posted on its website Monday. It had previously posted a price of -$0.50. The crude is down from $13.50 a barrel a year ago and $47.60 in January 2014.

And Josh Brown was joking around about a new variation on the Mad Max movies: 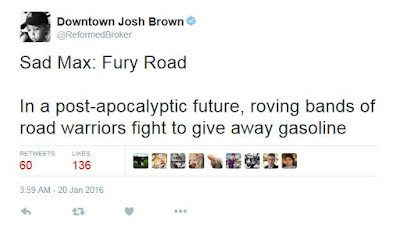 With Iranian oil about to hit the market, I have no idea where oil prices might go in the short term. I do know that oil demand will rise (recall the Gundlach supply-demand chart above) to absorb the excess supply. I do know that oil prices are experiencing a positive RSI divergence, which indicates that downside risk is low on a multi-year time frame. 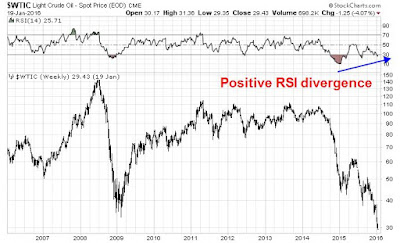 I also know that anyone who is willing to look over a potential valley and buy well-capitalized large cap integrated oil companies, whose refining operations are natural hedges to lower oil prices, should be very happy with their decision a few years from now.