Throughout most of my career, I have been in the privileged position of doing both what I love and being able to make a decent living at it. I could say that I have a passion for investing, but a Business Insider article phrased it much better than I ever could. It outlined the psychology and attributes of successful people who love their jobs:

The story of my investment career is a series of lessons. Markets are fickle and their characteristics changes over time. Successful investors learn and they never stop learning.

My first foray into the investment world began in 1979, when a childhood friend perked my interest in the markets. He had gotten caught up in the silver frenzy when the Hunt brothers had tried to corner the market.

My undergraduate training was in computer science and I was fortunate to spot a enough growth trend very early in its cycle. I had noticed that different computers were dominated by different companies. IBM was the behemoth in mainframes and Digital Equipment was the name in minicomputers. It was 1980 and I could see that the next wave was going to be the desktop computer. At the time, IBM hadn’t released the PC and Apple wasn’t public yet. The publicly listed plays were Tandy, which owned Radio Shack, Commodore International and Warner Communications, which owned Atari. I bought shares of Tandy with my meager savings at $32. A year later, it was about the same price – but after having split 4 for 1. Commodore, which I also bought, enjoyed similar gains.

I was hooked. Over the next two years, the bear market took away all of my gains, but it was the first of many valuable lessons of my investment career. Just as my friend learned from his venture into the silver market, prices that go parabolic can collapse when you least expect.

When IBM announced the PC in August 1981, I saw an opening of historic proportions. I said at the time that within five years, the desktop computer would be as common as the office photocopier. I was wrong – it was even more common than the copier. I left my job as a systems analyst to start a company that produced technical analysis software for desktop computers. The software was first released on the Radio Shack TRS-80, the Apple II and the IBM PC. Unfortunately, the venture failed, but I learned a valuable lesson about what it would take to start and manage a company.

My next break occurred in 1985, when I got my first investment job as the “slave” on the institutional equity trading at Wood Gundy. Over the next five years, I graduated to become a quantitative and a small cap company analyst. One of the unique strengths that I gained over that period compared to other “quants” was my company analysis experience. Quants tend to be trained with theoretical models in their schooling. My real-world experience as a small company analyst had taught me that companies in different industries had very different drivers. Each industry is different, so company analysis has to be different. One size does not fit all. That lesson has served me well over the years.

In 1990, I joined the Batterymarch organization as a strategist and later as a portfolio manager. In addition, Batterymarch was an early pioneer in equity quantitative research and my years spent with them was an eye-opening experience. The client base tended to be large sophisticated pension plans. Notable public plans that were my clients (and I am permitted to disclose) included the Ontario Teachers and CALSTRS. During my tenure, I had a hand in managing Canadian, US, international and emerging market equity portfolios.

Sell-side analysts from brokerage firms often have trouble transitioning to investment management, otherwise known as the buy side. Some people blow up. Elaine Garzarelli was one well-known example of someone who failed at the sell to buy side transition. Garzarelli was the Shearson Lehman analyst who became known for calling the Crash of 1987, but she failed miserably as a portfolio manager as she never learned the other critical parts of the portfolio management process. For the buy-side, ideas and transactions are what count. For the sell-side, the process is equally important.

I was fortunate enough to be working for a firm that had an extremely flat organizational structure. Over my ten years at Batterymarch, I had assumed responsibilities on a rotational basis for each of the parts of the portfolio management process.

The next step in my career was to move to a hedge fund, a key step in my evolution from bottom-up to top-down quant. In 2001, I joined Graham Capital Management, a hedge fund known mainly as a Commodity Trading Advisor that used trend-following techniques. I was part of their diversification effort into non-futures related products. My equity market-neutral portfolio went “live” a few days before 9/11. When the Twin Towers fell, I had enough sense to back off and move to cash. My quantitative models were in uncharted territory and I knew nothing about how they would respond to such a shock. When you don’t have an edge, don’t make a bet.

Even though I was managing an equity market-neutral portfolio in the next room and I knew roughly how CTA models worked, I knew nothing of the exact details of the trend-following models. I was at Graham when I had the revelation that trend following models spot long lasting macro-economic trends (see Revealing the secret behind trend following models). As long as you spotted the trend early and had the right risk controls, you could make very good money by capitalizing on a bandwagon effect as the public stampede into the trend.

In 2004, I got a call from Mary Ann Bartels, a friend, former colleague and co-manager of the Batterymarch Europe Fund. She asked me to join her at Merrill Lynch research and, over the next few years, I became part of an Institutional Investor ranked research team for technical analysis. In addition, we produced some highly innovative work, such as techniques that reverse engineered the real-time exposures of hedge funds without their holding reports. Mary Ann eventually became the Chief US Technical Analyst at Merrill Lynch and stood in the shoes of the legendary Bob Farrell. She is now the CIO of Portfolio Solutions and responsible for contributing to the thought leadership for investment guidance, as well as portfolio solutions for the firm’s financial advisors and clients.

By 2007, I found that life on the sell-side was too taxing. The hours were long, I wasn’t spending time with my family and my health was not the best. I wish I could say that I was prescient and saw the crash coming, but I didn’t. I left Merrill Lynch to return to Vancouver where I grew up. In my farewell email to friends and colleagues, I wrote:

After close to 30 years of being involved with the markets, I have decided to take early retirement and move to Vancouver with my family.

Others have expressed my sentiments better than me: I’m not going to say that success is insignificant, we know that’s not true, but I can tell you, from experience, that if you look for happiness in a bank account, you’re missing the bigger trade. (via Todd Harrison)

Life in Vancouver was far less stressful and much slower than my previous Wall Street existence. Nevertheless, I found meaning in some of the simple pleasures in life, like my routine of making breakfast for my daughter every morning and seeing her off to school. The opportunity to bond with my child is something I will always treasure and no amount of money can ever replace it.

Nevertheless, I found myself cut off from the oxygen of the markets, but I had enough passion for the markets to share my thoughts with the world. Over the course of my career, I was fortunate enough to have rubbed elbows with some of the legends in investment and finance. Dean LeBaron, who founded Batterymarch, was an investment guru and innovator in his time. One of his co-founders was Jeremy Grantham, who left to start GMO. Paul Tudor Jones was an early backer of Graham Capital, the hedge fund where I hung my hat for several years. As Batterymarch was based in Boston, I benefited from meeting with leading finance theorists from both Harvard and MIT, such as the Nobel laureate Franco Modigliani, behavioral finance wizard Andy Lo and many others too numerous to name.

Thus Humble Student of the Markets was born. I had been  privileged to have gained a following in the blogosphere. There are investment strategist and market technicians who are better than me, but there are very few analysts who engage in my brand of right and left brained market analysis, which would be called “inter-market analysis” by technicians and “cross-asset analysis” by conventional investment strategists.

Days turned into months and months turned into years. In 2015, I found that I was spending so much time on my blog that I had a decision to make: either turn Humble Student of the Markets into a pay site, or abandon it all together. Readers responded with an outpouring of support and the rest is history.

Today, I try to express the philosophy of the site this way. There are no magic solutions to the markets. Instead, there are many ways to get returns – and I’ve worked on a lot of those techniques. You won’t get instant answers, such what the market will do tomorrow or next week, but you will receive guidance on how to prepare for might be coming down the road. 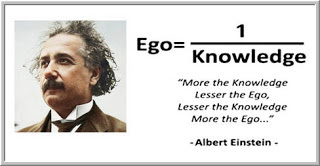 Most of all, stay humble. Otherwise the markets will make you humble in short order.