My September Non-Farm Payroll guess – Humble Student of the Markets

This Friday will be another potentially market moving Employment Report day, even though the release is based on noisy data with a high margin of error. The latest Fedspeak indicates that Non-Farm Payroll (NFP) would have to see a big downside miss before the Fed would change its plans to hike rates in December. Even super-dove Charles Evans has the green light to a December move: “I would not be surprised, and if data continue to roll in as they have, I would be fine with increasing the funds rate once by the end of this year”,

With that preface, what the likely result for the September NFP, especially in light of the miss in ADP’s private employment report? Will September NFP come in above or below the 175K estimate? 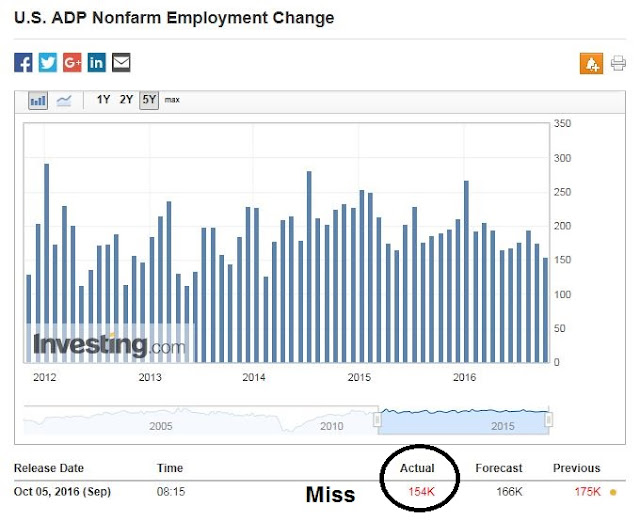 A clue from initial claims

In the past, I have had decent results from the analysis of initial jobless claims. The initial claims reports are useful because of their high frequency (weekly) and can be especially insightful if a report falls in the middle of the survey period for that month’s NFP report.

As the table below shows, the initial claims report for September 15, 2016, which represents the survey period for the NFP report, beat expectations. In fact, initial claims has been beating Street expectations for seven consecutive weeks, indicating a pattern of strong labor markets. 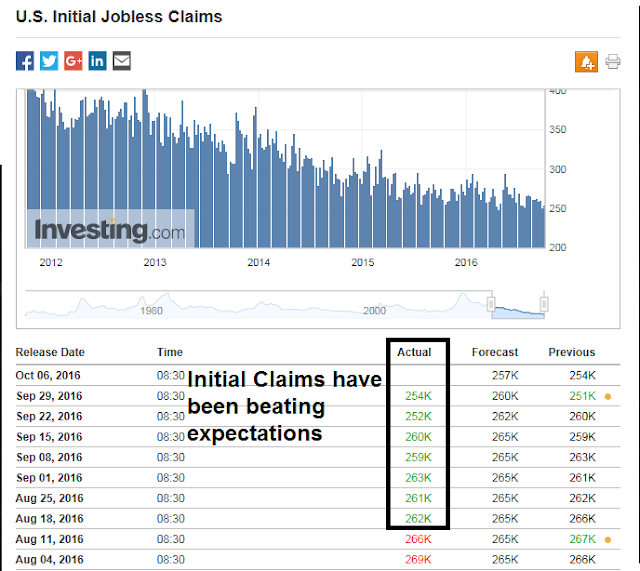 Based on this limited model, I expect a stronger than expected NFP report on Friday.